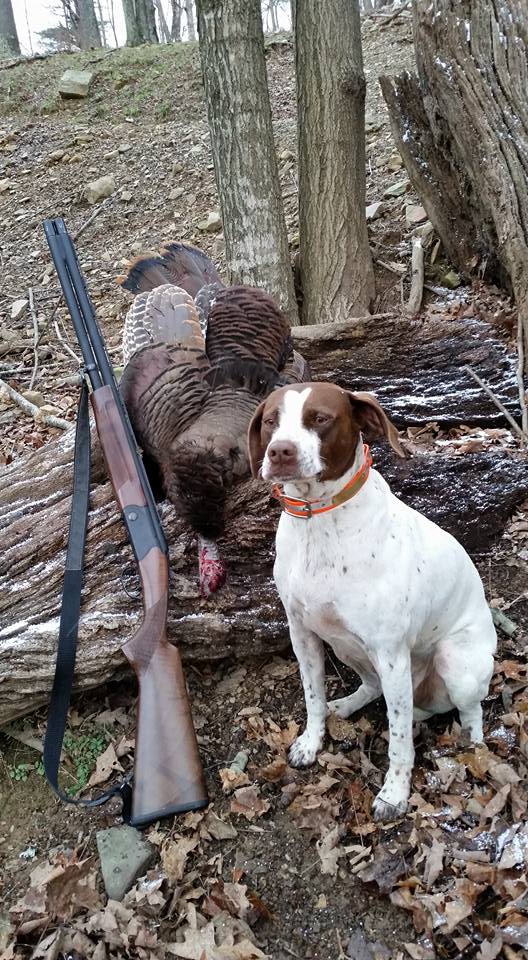 For the life of me I could not believe I was here and this was happening. I felt a crushing sadness and at the same time a foggy sense of disbelief, like I would wake up and it would all be a bad dream. A long time ago I had entered into a pact with an old friend and now somehow, today was the day.

“Did you think this could never happen?” the annoying, pious, voice said in the back of my head. “People die every day, you will too you know.” The words were biting, infuriating. “Just shut up and go away,” I mumbled to myself and the voice, but I knew it wouldn’t listen.

“Still talkin’ to yourself?” Millie said, I hadn’t noticed her standing in the door, the door I had entered probably hundreds of times over the past forty odd years. Sometimes it was in the zero dark hundred times as we stumbled around and tried to get out the door quietly, sometimes late at night as we returned from some adventure, usually frozen and dog tired. I tried to summon the courage to walk up to the house.

We walked through the living room they never used, by the kitchen where she was always baking something, and into his den, if you wanted to call it that. My old hunting buddy called it his den, a room like a study or an office. Mille referred to it as “the den” as in the den of a bear or a bobcat and not overly tidy. Mille had a large folding table set in the middle of the room and it was piled up with different hunting and fishing equipment, trinkets, memorabilia, and some plain junk that my hunting and fishing buddy of almost fifty years had accumulated. At least two dozen rifles and shotguns lined the walls of the cramped room. “Now you know he wanted you to have any or all of this,” she said. “Take whatever you want; the kids have already said they don’t want any of it.” Her statement hit me like a sledgehammer. How could his children not want something to remember their Dad? A cloud of anger swept by me and was gone just as quick. Maybe it was too painful to handle their father’s prized possessions right now.

I stepped over to the table and tried to survey the items through the fog that seemed to surround me. I knew each and every thing before me; I had seen him pack most of it around for several decades. An old box turkey call, one of many on the table, that I had always told him sounded like “two pieces of stove wood scraped together”, a Case Trapper knife with one of the blades broken, three brown duck hunting coats all the same make and size, they only differed in the amount of wear, (he always said if you find something you like you better buy two of them) boxes and boxes of shotgun shells, turkey loads and low brass, an old military style compass, and what looked to be about forty pounds of topo maps.

And that was just the first layer.

Glancing down to the other end of the table I saw the picture and was drawn to it like a moth to the flame. A closer look almost took my breath. There we were, at least thirty years ago he and I sat on a great chestnut log that had fallen long ago. Six grouse and a jake turkey were proudly displayed between us, I held a Model 12 and he cradled his old Fox double. Two pointers sat at our feet, Patch and Cisco, they seemed to laugh at the camera and the absurdity of all human endeavors, but for today they were just happy to run the woods with us. Like all dogs they lived in the day and didn’t worry about yesterday or tomorrow. The log we sat on was ancient; the guns were old when the picture was taken but
somehow the picture captured that we were young and vibrant, full of wonder and optimism for what lay over the next ridge and plenty of energy and muscle to get there. Now the dogs were gone, he was gone. What now?

“There’s a dog out in the pen,” Millie said not afraid to bring up the elephant in the room, knowing that I couldn’t. I knew all about this dog, a little cat footed Gordon setter. Two years old, smart as a whip with a nose that would shame most bloodhounds. This dog was just coming into her own and had all the makings to be one of the great ones. Most bird hunters would give their eye teeth to have her.

I tried to start a ramble about how I just couldn’t take this dog but Mille waved me off. “He told me about the agreement you guys made way back when,” she said. “Whoever goes first, the other is to take whatever they can of guns and huntin’ gear, but especially dogs.” “There is no way you want that little dog to end up with somebody that doesn’t hunt or God forbid in the pound.” She was right and I knew it so there was no arguing with her. I told her I would be back in a few days when I had made arrangements at my house for the setter. To my amazement I actually felt a little surge of excitement about it.

Awkwardly I made my way out the door and down the walk. The voice chimed in with a thin cackle. “Well you really blew that one,” it wheezed. “Now you’ve got that dog on your hands.” “Yes, and she is a good one,” I said with new found confidence. I could tell the voice was miffed and I didn’t think it would be back.

It didn’t really matter, I had to do it. It was a favor for a friend, and I remembered someone had just told me they thought there was a few grouse in Back Creek this year.

Larry - March 17, 2022 0
Gun writers, I have been told, are supposed to be stern, hardhearted, and insensitive. They are to call it like they see it on...