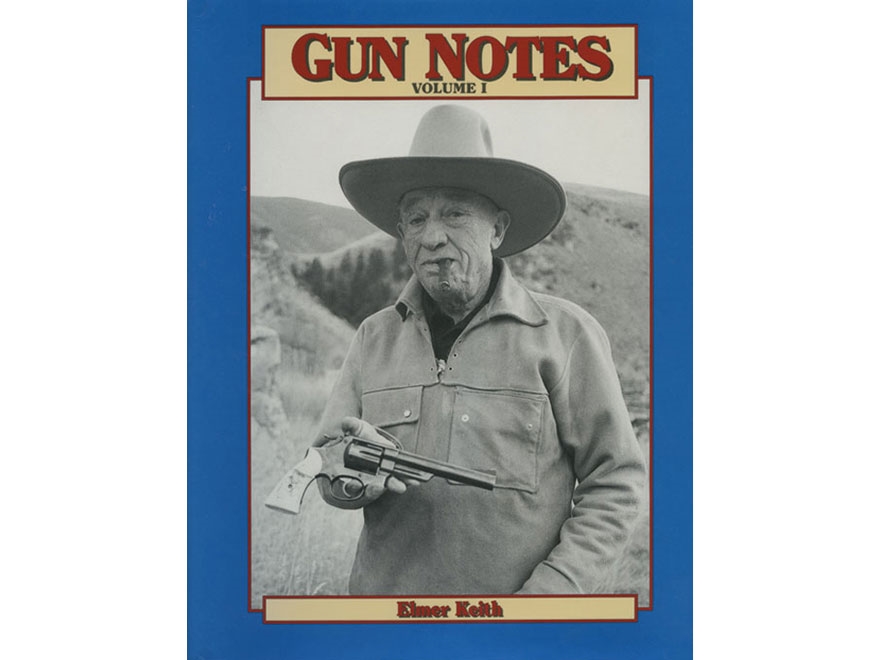 “The first thing you have to do is get you a hat.” Richard Mann had a serious look on his face like he was settling in for five hundred yard rifle shot. He was in the middle of mentoring a beginner gun writer, (me) and I’ll be honest; I thought it was a pretty odd statement. “You need a hat that is you; it distinguishes you from everybody else.” I knew that some gun writers, Richard included, wore cowboy hats and they seemed to pull it off. I wasn’t so sure about Mrs. Case’s only son.

Elmer Merrifield Keith wore such a hat religiously and he certainly did pull it off. Elmer Keith was born in Missouri in 1899, soon moved to Montana and was one of those people destined to be larger than life. Elmer Keith was a cowboy, rancher, big game guide, firearms and ammunition designer, and author. Elmer witnessed the last of the old west and knew among other western characters Frank James, who was a friend of Elmer’s father.

Elmer Keith was proficient with many types of firearms and was an advocate of large calibers and big, heavy bullets. His first creation in the firearms world was the .357 Magnum caliber. This development was near genius in that it was brought about largely from Mr. Keith hand loading the old .38 Special cartridge which had long been used by police and military, to levels which were thought to far exceed what the .38 Special could handle. In other words Elmer wasn’t afraid to dump some extra powder in those casings.

The .357 became commercially available in 1935 and soon took the law enforcement world by storm. Officers could carry a revolver chambered in .357 and shoot either the older .38 Special or if they wanted a more powerful load, the .357 could be loaded. This also allowed the use of the less recoil .38 for training and carrying the .357 on duty. The .357 Magnum ruled the roost for law enforcement for many years and when I came to the law enforcement scene the weapon of choice for many departments was the Smith and Wesson Model 19 revolver in .357.

The Model 19 Smith was my first love in the handgun department and many of us never get over that first crush. I was trained on this weapon and will always feel I

could shoot it the best of any. Revolvers have seemingly gone the way the way of the horse and buggy, it’s a shame really, I will always think of them as an elegant weapon, like the Jedi Knight’s light saber. O well, I digress; we are talking about Elmer Keith.

Elmer certainly had no problem expounding on the virtues of revolvers, six guns to him. After the advent of the .357 he quickly moved on to what he may have thought of as his masterpiece, the .44 Magnum. The .44 came about much like the .357 when he started loading the .44 Special cartridges above what was considered acceptable levels at the time. Elmer encouraged gun companies, including Smith and Wesson and Remington to come out with revolvers and ammunition for his brain child. Smith and Wesson developed the now iconic Model 29 for the .44 Magnum (Dirty Harry Callahan’s weapon) and Ruger actually beat Smith to the punch and produced a Blackhawk revolver several months before Smith.

Elmer Keith was the earliest advocate for handguns for hunting and much of his writing dealing with hunting stories is full of his adventures on hunting with his beloved revolvers. Possibly his most famous account is the telling of his dropping a deer with the Model 29 Smith and Wesson at six hundred yards. The account of this shot has been cussed and discussed almost as much as the one Billy Dixon made when he shot an unfortunate Indian out of the saddle at Adobe Walls in Texas. (You’ll just have to look it up) In Elmer’s defense he was trying to anchor a deer that his friend had wounded, he took a couple shots to get the range and remember he shot this gun a lot, he knew what it could do.

Elmer was a prolific gun writer and published several books on guns and hunting the most famous of which may be his autobiography, “Hell! I was There!” If you read no other book about Elmer Keith, read this one. Many of us gun nuts will remember reading Elmer’s articles when he wrote for Guns and Ammo and NRA American Hunter. The was only one Elmer Keith, the tough as a pine knot cowboy from Montana, ten gallon Stenson, cigar clamped in his teeth, .44 Magnum on his belt. His was a wonderful, innocent time without all of today’s confusion and

internet drama. In this day and age no one will ever take his place, what a dirty shame.

I’ve haven’t told Richard Mann yet, but I do have a hat, had it for years as a matter of fact. I just haven’t sprung it on the public yet. Maybe someday I will.

Larry - February 24, 2021 0
The BOG™ DeathGrip Carbon Fiber Tripod is engineered to be the most stable precision tripod on the market. The carbon...

Larry - January 3, 2019 0
(Authors note: Many of us think this day could never come, but some of us never thought we would land on the moon either....

Larry - April 26, 2017 0
Mossberg 930 Pro Series Sporting Model, A Clay Target Smasher Just to be honest, I thought you might be getting tired of turkey stories, so...