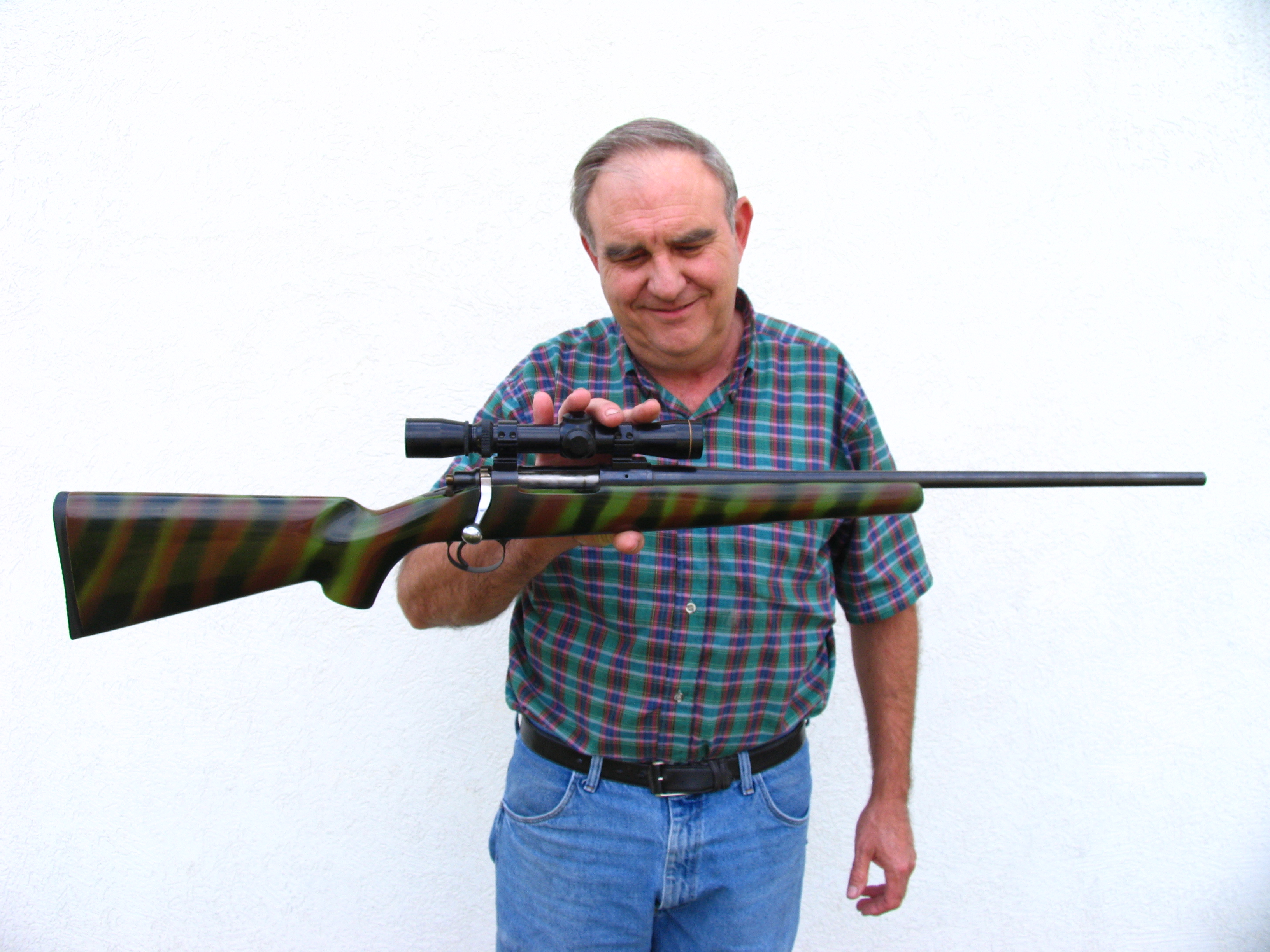 A Miracle Rifle in the Mountain State

“The truth is incontrovertible. Malice may attack it, ignorance may deride it, but in the end, there it is.” Winston Churchill.

Most of you have never heard of Granville, West Virginia. The census people say there are about 825 souls living there. My guess is Granville doesn’t get much attention because it’s right beside Morgantown; the home of West Virginia University. It’s a shame, but there’s a man living in Granville you probably have not heard of either. His name is Melvin Forbes and he does something better than anyone else on this planet. Melvin Forbes just happens to build the lightest, most accurate rifle known to man.

Now all of you hard-core rifle guys out there remember that last sentence. Most of you do not believe it but some of you will. I’m even going to predict a few of you will end up calling Mr. Forbes and talking to him. Then you will buy a rifle. After you shoot it, you will believe.

How did all of this come about? Like all innovative men Forbes has a diverse background. He has been a machinist, mold maker, shop teacher, and self-taught gunsmith. Melvin told me he built his first rifle when he fourteen years old. He made himself a gun because he didn’t have one. This kind of youthful ingenuity and confidence led Forbes to where he is today.

About 1983, Forbes embarked upon his journey to build the most lightweight, accurate, hunting rifle possible. Melvin said, “I built a rifle for a guy and when it was finished he said it was just right. I told him it is heavier than it needed to be. Then I told him that I was going build a rifle that weighed six pounds or less, with the scope. He more or less told me I was crazy.”

Melvin then proceeded to establish a company, which is now called New Ultra Light Arms, (www.newultralight.com) and produced a 6mm rifle that weighed five pounds fourteen ounces with a Leopold scope perched on top. The rest, as they say, is history.

So why are his rifles so special? The first thing, as Melvin likes to tell you, is the whole project is the result of a committee of one, and that “one” is of course Melvin Forbes. He didn’t have to go somewhere and get help to machine the bolt and receiver. He did that on his own. Then he ordered his barrels from Douglas – another West Virginia company – and his triggers from Timney. He knew that like with a fine English double gun, the rifle’s stock was very important. So, instead of outsourcing it, he built it.

Most hunters look at the stock as just something to hold on to. They think the real secret in the accuracy department is the chamber, barrel, bolt, and all the metal parts. Make no mistake, the metal components are important, and in Forbes’ rifles they are intricately handmade. But, Forbes has shown us that the rifle stock is just as important to accuracy, if not more so.

If the editors of this newspaper would give me about three pages I could fully explain the various complexities of the rifles from New Ultra Light Arms. Since that’s not going to happen, I’ll give you a few details. Serious riflemen will take note and begin their quest for the truth.

When you pull the trigger on a rifle the barrel vibrates. This vibration affects accuracy. Gun makers have wrestled with this irritating bit of physics since long before Jacob and Sam Hawken started building their fabled muzzleloaders. In essence, Forbes solved the problem with a carbon fiber, Kevlar stock so rigid and so strong that after the bullet travels about twelve inches down the barrel, the barrel stops vibrating. This means you can take a New Ultra Light Arms rifle to the range, sight it in at 100 yards with five different kinds of ammo, and all will shoot the same spot. Try that with another rifle.

Richard Mann is a gun and outdoor writer from West Virginia whose work appears in many of the major publications. I’ve mentioned him before. Richard hunts all over the world and is known for his exhaustive knowledge on rifles, bullets, and ballistics. When hunting on his own, not on some media trip funded by a manufacturer, with a phone call Richard could carry any rifle he wanted. When it’s left up to him, guess which rifle he carries? One of Melvin Forbes magical rifles!

Look at Richards Mann’s web site, empty-cases.com, and see what he has to say about Melvin Forbes. Watch the videos of Forbes talking about his rifles. If your eyes and ears work, you may begin to see the light. Those who follow this quest to the end will eventually own a rifle from New Ultra Light Arms.

The rest of the world may doubt, but they will always wonder.

Larry - February 24, 2021 0
The BOG™ DeathGrip Carbon Fiber Tripod is engineered to be the most stable precision tripod on the market. The carbon...