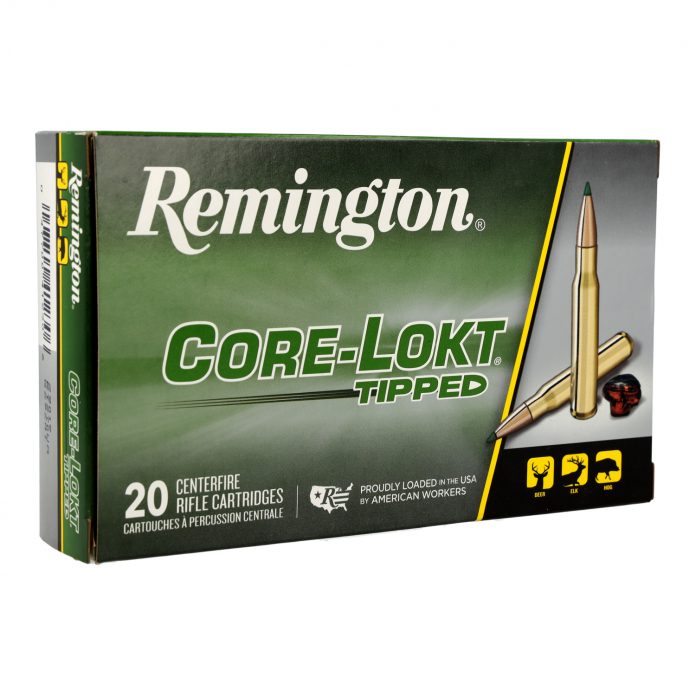 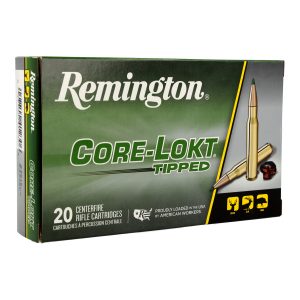 If you have hunted deer (or most any other big game) in North America in the last 80 years you have probably used a Remington Cork-Lokt bullet. Remington brought this then-revolutionary bullet on the scene in 1939 and most would agree it has taken more big game animals than any other bullet in history. That is saying something folks. There are still more Big Green boxes of Core-Lokt ammo sliding around on truck dashboards, stuffed in hunting coats, and on the shelf at hunting camp than anything else.

A genius at Remington, or maybe a group of them (I’m not sure who) created a bullet with a lead-alloy core encased in a sliding outer metal jacket. The internal cavity is hour-glass shaped as the engineers found this helped greatly with expansion. The Core-Lokt bullet deforms after striking the animal as the jacket and core expand (or mushroom) hence the Core-Lokt got its name “The deadliest mushroom in the woods.” 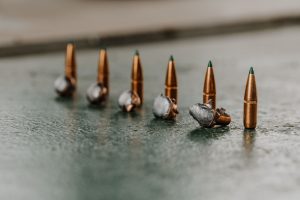 After the Core-Lokt, maybe the most widely accepted bullet concept in recent years has been the ballistic tip. Ballistic tip bullets have a polymer tip that helps protect the bullets from deformation in the magazine, initiates expansion on impact, and improves their ballistic coefficient. In addition, these bullets also have a boat-tail design to further improve their ballistics and resistance to wind drift. Ballistic tip bullets have been the cat’s ass for big game hunters for some time. (that means they are good) Now Remington has taken the step and put the ballistic tip on the most successful big game bullet of all time.

Here are some of Remington’s words about it:

“Remington Ammunition has announced the next generation of Big Green’s iconic deer hunting ammunition, Core-Lokt. For generations, American hunters have relied on Core-Lokt to put meat on the table and mounts on the wall. Now Remington is proud to announce that The Deadliest Mushroom in the Woods is getting even deadlier. New Core-Lokt Tipped brings improved accuracy and terminal performance to deer and big game enthusiasts across the country and around the world. Multiple centerfire rifle calibers are shipping now.

Core-Lokt Tipped takes the Deadliest Mushroom long-range by offering new and improved accuracy paired with trusted Core-Lokt on-game performance. Thousands of rounds in development resulted in Core-Lokt Tipped’s combination of true flight and flatter trajectory with devastating terminal energy. This new ammunition is sure to be the choice of serious hunters and will be available in 13 popular calibers ranging from 243 Win. to 300 WSM.

“We’ve been talking about Big Green’s comeback all year and nothing says Remington like Core-Lokt.” said Remington Ammunition’s Director of Marketing Joel Hodgdon. “We have made many advancements since restarting the Remington brand and working 24/7 to get ammunition on the shelves. But this is the biggest news yet. Team Big Green can’t wait to get Core-Lokt Tipped in the hands of dedicated Remington fans that have depended on classic Core-Lokt for decades in the deer woods.” 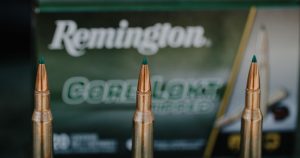 Core-Lokt Tipped features the advanced technology of the Big Green polymer tip to improve ballistic coefficient, in-flight accuracy, and initiate rapid expansion. When paired with an adjusted rearward center of gravity, Core-Lokt Tipped delivers match-grade accuracy for even the most demanding shots.

More information about Core-Lokt Tipped and Big Green ammunition can be found at www.remington.com or on Remington’s e-newsletter and social media accounts.

When Remington first offered the Core-Lokt bullet most of us weren’t even born. Now we have a brand new Core-Lokt bullet in the Big Green box to choose from. Old heads in the deer hunting clan (like me) are hard-headed, suspicious of new things, and usually hate any change. I will dare to say this bullet is going to be even better and more successful than the original Core-Lokt. Let’s check back on this in another 80 years and see. 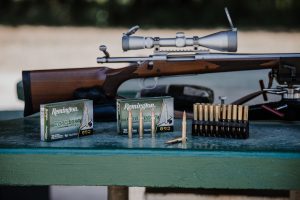