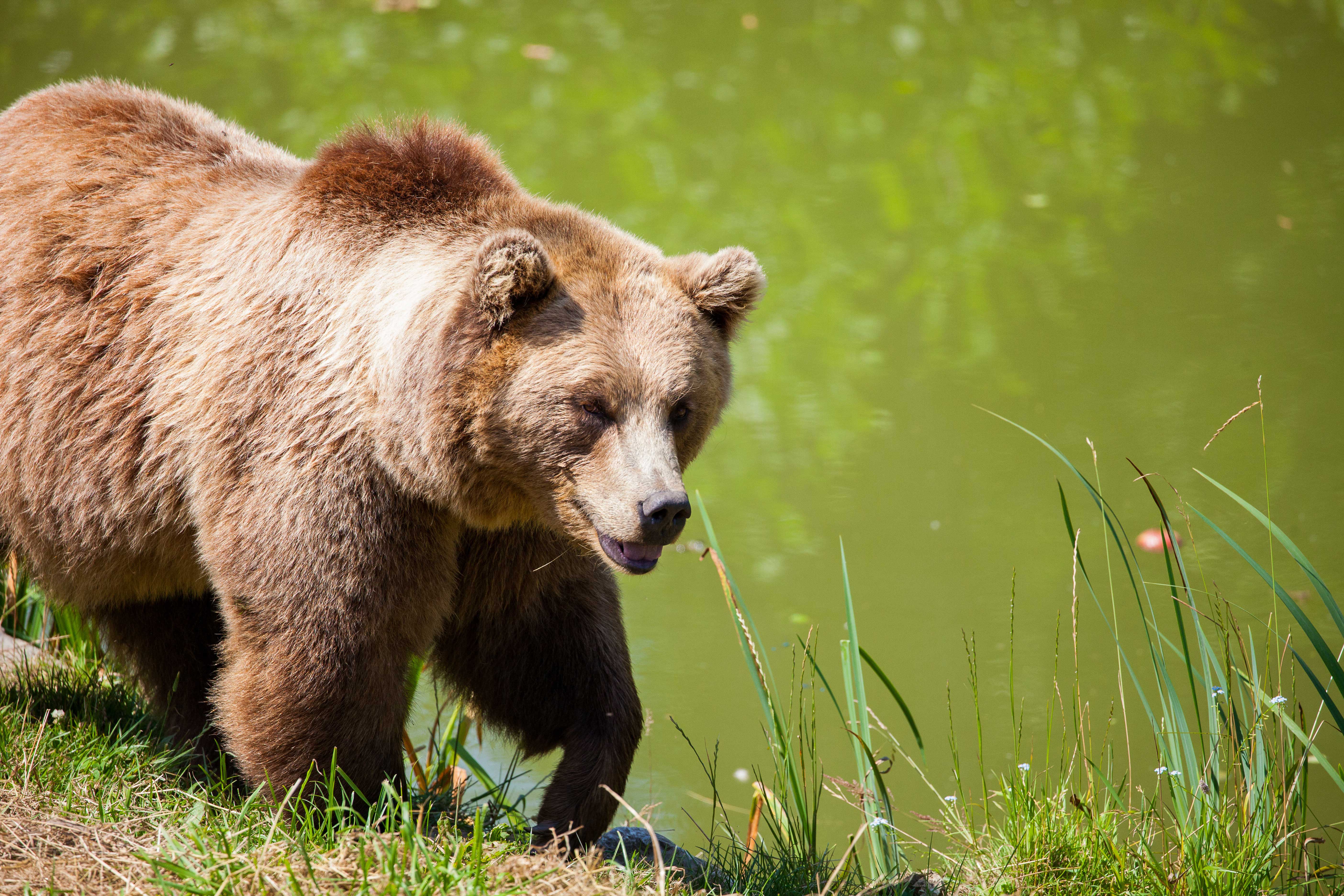 Sometimes You Get the Bear, Sometimes He Gets You.

I think I have told you I like bears. At times they are some of my favorite people, sometimes not. They are very interesting critters, fun to watch and fascinating in their antics. More than once I have watched a large black bear pad across a forest floor of dry leaves and wondered how he did not make any noise.

I like bears and I like summer lightning storms and whitewater rivers. I like them but I don’t forget that they can hurt you. A bear is wild animal and no matter how hard we try to make them cute and cuddly the potential is always there for one of them to take a bite of your anatomy. I think some people refuse to believe this. For some reason they have a problem admitting any animal will hurt you. These may be the same people who believe in Sasquatch and unicorns.

In 1978 Cynthia Dusel-Bacon was severely mauled by a black bear in the Yukon region of Alaska. She lost both of her arms as a result of the attack but recovered and went on to resume her career as a geologist with the US Geological Survey. (USGS)

The incident prompted another geologist, Steve Nelson, from Anchorage, Alaska to initiate a training class to better prepare people to defend themselves in bear country. Nelson has been teaching this class since 1979 and has taught dozens of USGS, Bureau of Land Management, Alaska DNR, private company employees, and other folks to protect themselves when dealing with bears.

If there is a Colonel Jeff Cooper of the bear defense world, Nelson is it. He has shot and killed four bears in DLP situations, which means in defense of life and property.

I recently attended on of Steve Nelson’s classes along with personnel from Alaska DNR, USGS, Alaska Fish and Game and others. While much of the class is on-the-range firearm based there is also quite a bit of classroom time on bear behavior and dealing with bear confrontations.

Wildlife biologists and others that study such things recognize there are at least two categories of problem bear encounters. Most fall into the defensive area and usually include the bear you may surprise when you come upon him in the wild. The defensive bear could be defending a food source such as fresh kill, a sow bear may be defending cubs (very dangerous with brown or grizzly bears), or the bear may just not like it that you showed up unannounced in his part of the neighborhood.

Another well documented type of attack is predatory. This attack is characterized by the bear showing all the signs of a predator on the hunt. This bear is not defending anything; he is stalking and then running you down as he would any food source. It is interesting to me that the bears involved in predatory attacks are often black bears, not the much larger brown bears.

We have lots of black bears in my neck of the woods but I have never heard of a predatory attack in my part of the world. There are numerous accounts of fatal attacks from black bears in the lower 48 states; a few were classified as predatory. While in Alaska recently it was remarkable to me to hear that black bear attacks in the last frontier are often predatory. Tragically, two such attacks happened in one week while I was there.

Now I am not saying that fatal, predatory attacks from black bears are common. It is just curious to me that Alaska seems to have more of these types of attacks than in the lower 48.

All of this is interesting to me but what type of attack you are experiencing may seem a little academic if you are on the business end of the dental work from a bear with a bad attitude. This is the reason for Nelson’s class, teaching you to come out of bear fiasco alive.

Nelson’s class is firearm based and while there is some controversy in the bear defense world about using bear spray (pepper spray) over a firearm, Steve Nelson is an advocate of firearms, I happen to agree.

There are published scientific papers which seem to suggest that a deterrent bear spray can give you a greater chance of surviving a bear attack. Without going into great detail on this matter I will just say that I sit on the side of the table which would rather rely on a big chunk of lead (or steel) to protect my delicate hide from Ursus and his family.

The use of firearms for anything always leads to discussion about what is the best gun for this job. The 12 gauge pump shotgun shooting slugs has risen to become the most popular firearm for bear defense in Alaska, and there are several reasons for this.

The shotgun is widely available, is cheaper than most rifles, tactical models have high capacity magazines, and the shotgun allows for the use of several kinds of ammo. The Remington 870 is very popular in Alaska with those that work in bear country. (www.remington.com) The Winchester SXP Defender Series shotguns (www.winchesterguns.com) were also seen in the class I attended, as well as a Benelli Nova pump gun. (www.benelliusa.com)

As far as a rifle for this work Steve Nelson and others seemed to be fans of the .375 H&H and the .375 Ruger calibers. The Ruger Guide Gun (www.ruger.com) and the Mossberg Patriot Rifle (www.mossberg.com) were both used in this class. Also the CZ-USA Safari Magnum rifle (www.cz-usa.com) got points as it has a higher magazine count (5), than the other rifles.

The handgun prize definitely went to Ruger SuperRedhawk Alaskan model in .454 Casull. The .454 is a cannon but there is no doubt if you can handle this revolver and hit something with it there is a good chance of knocking down a large beast that is behaving rudely. The Taurus Raging Bull revolver in .454 was also used in the class. (www.taurususa.com)

It should be noted that the best bear defense firearm is the one that you are the most confident with and you can shoot the most effectively.

The ammo used in any bear defense firearm is important and we fired the Federal Premium shotgun slugs in training, went through box after box and I never saw any problem. There is a new shotgun slug making an appearance which we tested a little at this class. The DDupleks (www.ddupleks-usa.com) Steelhead slug is solid steel and should allow for maximum penetration. We fired multiple rounds through heavy brush and the slugs seemed unfazed, stay tuned for more testing on this.

The class used Hornady Dangerous Game Series ammo for the .375 H&H and the .375 Ruger (www.hornady.com) and from what I saw both performed without a hitch. Buffalo Bore ammunition for the .454 Casull was popular with field personnel that work in the wilderness of Alaska.

Larry - June 1, 2021 0
PHOTOS CONNOR  BOOTH The Way We Were. (Or, should we shoot predators on sight?) Most of us would agree there is a lot of difference between...

Larry - July 31, 2017 0
THE CWD SPECTER IS STILL LOOMING Don’t kill the messenger. As I have told you before, all things in the hunting, fishing, and outdoor world...