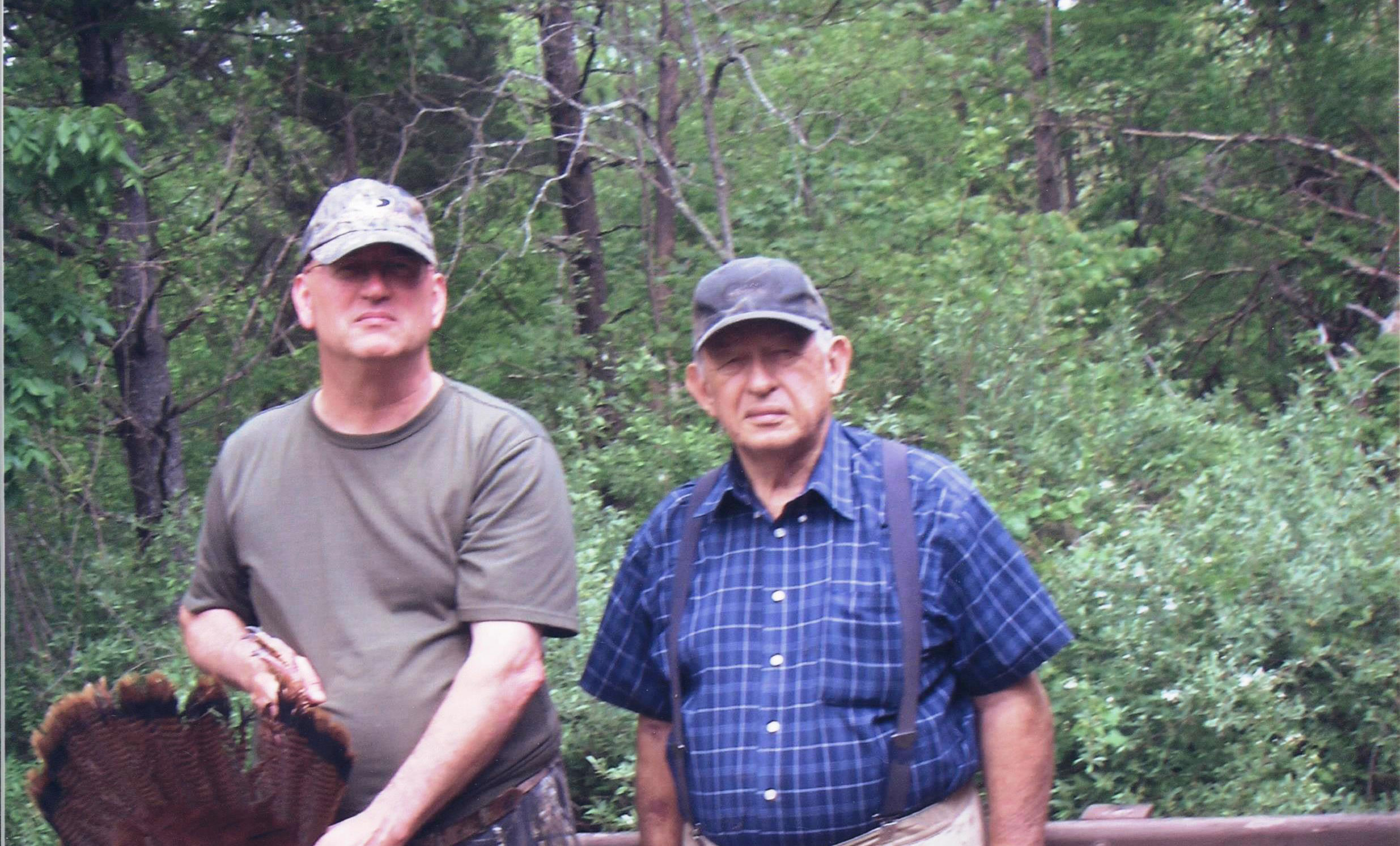 My father gave me the greatest gift anyone could give another person, he believed in me.-Jim Valvano

“Wade out in the middle of the pool and get the mud stirred up, then I’ll come through with the seine.” We were on a small creek catching minnows for bait and my Dad was teaching me another lesson from the Hunting and Fishing 101 text book. I was about ten years old which made him around thirty two, and as usual for such things it was the best time of our life, but we didn’t know it.

My Dad taught me how to seine for minnows (he called them “minners”) set a muskrat trap, squeeze a trigger on a rifle, stand quietly on a rabbit chase, and dozens of other things I’m sure I didn’t appreciate at the time. I don’t think either one of us saw it as any milestone or great undertaking; it’s just what we did. Why are we so often blind to the important things in life and obsessed with the meaningless? I don’t know, if you do please tell me.

So here it is Father’s Day and being the usual pessimistic, jaded, carbon based form of life that I am, I tend look upon the day with about the same amount of indifference as I do some other holidays, is this just another day someone invented to sell more greeting cards? Maybe not.

One of the hardest things we must learn to deal with in life is the finality of death. I didn’t “lose” my Dad, he didn’t pass away, he died, as we all will someday. What we humans can’t seem to get through our thick skulls is to enjoy and appreciate what we have, when we have it.

I guess I went through the same stages as many others in their relationship with my father. When I was very young it was probably near hero worship and when I got older I thought I got a lot smarter than him. In his later years it is entirely possible that my Dad and I did not always see eye to eye about everything. I am not proud of that, you understand, and I would give almost anything to change it, but I can’t. That is just the way it was. If there is anything like that going on with you and your Dad and you are fortunate enough to still have him around, get off your duff and go do something about it.

If like me your Dad has passed on, remember all the good things. Those days the fish really turned on, you both got your limit of rabbits, or the morning a turkey almost stepped on you. Forget about the other stuff, why does it matter now? He would want you to remember the shining times.

So I would ask you, where are you on your journey as a father? Do you need to do some twig bending before the time slips away? If you have a kid or two in your house I would encourage you to load them up and get them out into the wide world. Go catch some bait, shoot some holes in cans, catch a mess of bluegills, or throw rocks in the river, just go. I would remind you that this does not pertain to only those children you may a biological connection with. I bet you know a youngin’ or two that would love do any of the above.

Just remember this, a long time ago, when the world was a whole lot simpler, there was a man who went out of his way and sacrificed to take you hunting and fishing. In the beginning it would have been a lot easier to leave you at home. He would not have had to deal with tangled lines and cold hands, sit still and don’t move, or how far are we going to walk? He took you anyway; he endured it all for you. He did this because, as my Dad told me, “I couldn’t find a good huntin’ buddy, so I decided to raise one.”

Be Ready For A Bad Bear With A Big Gun