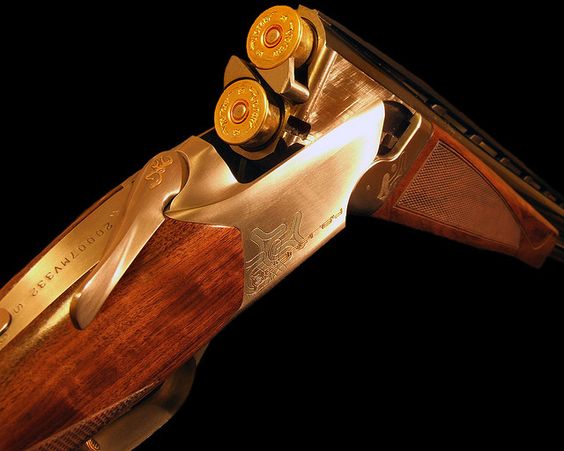 Browning Cynergy CX, A Shotgun For All Seasons

We all know the old adage about “Beware the man with only one gun, because he probably knows how to use it”, or something like that. For myself, I can relate since I can remember a time when I had exactly one shotgun, a battered Remington 870 that served me well. The premise of that tired old saying is of course if a man has but one gun he will use it for everything. He doesn’t have the luxury or the worry of deciding which gun to pick for a particular task. From target shooting to grouse hunting or crows in the cornfield you just grab that shotgun and sally forth.

Browning may have been thinking about this when they created the Cynergy CX shotgun. In this day and age is one over and under shotgun for sporting clays, trap, skeet, pheasants, and even the odd woodcock even possible? Ah, grasshopper, consider the Cynergy CX.

The Cynergy line of shotguns, which Browning whipped on us in 2017, has several models. A turkey shotgun, a target model and a composite stock model of the Cynergy CX. The test gun that I put through its paces is the wood stock version of the CX model, so let’s take a look at some of the features of your next favorite shotgun.

Crossover dream. This is truly the crossover gun in the Cynergy line, with a 60/40 Point of Aim, (60% of the pattern going just above your point of aim, 40% above it), ventilated top and side ribs, satin finish Grade I walnut stock, three Invector-Plus Midas Grade choke tubes included, ivory front and mid-bead sights.

True over and under shotgun geeks will notice the Cynergy made a technological breakthrough with its MonoLock Hinge, making it possible to create an over under shotgun with an ultra-low profile receiver. Browning’s propaganda on this gun states “the design allows you and the gun to integrate and point as one – technology and biology working in tandem,” well, that may be a posh way of saying this gun is fast, points quickly and is quick to get on target. Every shooter I handed this gun to said this, every one.

Let’s go back to that MonoLock Hinge thing again, what is that? What does it mean? The MonoLock Hinge design is the engineering behind the Cynergy’s low profile receiver. The MonoLock Hinge is the integration of the monobloc (the metal on the bottom of the receiver that will grab the hinge) and the hinge, and has up to 300% more surface area to pivot on than traditional trunnion-style hinges. Rectangular locking pins provide extra strength and feature a “Wear-In Relief” that keeps the action tight. Jeweling on the receiver adds a nice touch for appearance, smoother function and
improves durability.

I am one that thinks a trigger on a shotgun is important, almost as important as on a rifle, and the Cynergy features the innovative Reverse Striker ignition system; a striker-based, mechanical trigger that offers the benefits of a crisp feel, reduced locktime and less overtravel than other over and under shotguns. Because inertia is not needed for the hammers to set, the design eliminates the possibility of the second barrel not firing.

No matter how pretty or accurate a shotgun may be if it kicks you like the proverbial rented mule you are not going to be a happy camper. The Inflex Technology recoil pad system on the Cynergy shotguns provides long travel recoil reduction for a massive 25% decrease in felt recoil on 12 gauge guns and makes recoil virtually non-existent on small gauge guns. A slick Parylene coating prevents the pad from snagging on clothing and allows the recoil pad to remain soft. Three pad lengths are available in ½” increments to provide length of pull adjustment to fit a wide variety of shooters. A ¼” spacer is included for customizing.

I want an over and under shotgun to kick out empties and do it right now so I am not fumbling with empties when you want to reload quickly. Impact ejectors on the Cynergy are aided by the punch of a secondary striker spring for more positive, reliable ejection of fired hulls from the chambers. Unfired shells are elevated for easy removal.

One of the shooters that tried the Cynergy CX is Holly Waid, a 4-H National Shooting Sports competitor who will be shooting in the 4-H National Shooting Championship next year. Holly is high school student from Greenbrier County, West Virginia, and a very dedicated shotgun shooter. After smashing several clays with the Cynergy CX, Holly declared it “very pretty”, “comes up very quickly”, and “a very soft shooter.” I couldn’t have said it better myself.

Hunter Elliott - July 9, 2020 0
It was a few months ago I received the CZ Redhead Premier Target  to try out. Full discloser, I do not know a whole lot about...