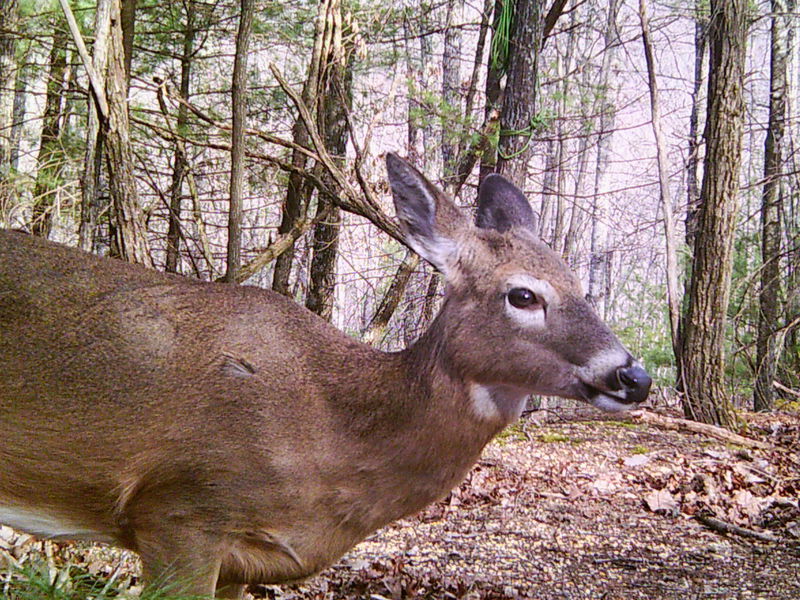 THE CWD SPECTER IS STILL LOOMING

Don’t kill the messenger. As I have told you before, all things in the hunting, fishing, and outdoor world are not always beer and skittles. Sometimes I need to tell you about what is going on out there in the wide world, good or bad. Remember what Harry Truman said, “I never did give anyone hell, I just told the truth and they thought it was hell.”

There are several potential threats to the sport of hunting and all of the beloved traditions that so many of us treasure.  Probably no other threat to hunting and the hunting industry looms greater than Chronic Wasting Disease (CWD) in our deer herds.

Just in case you didn’t know CWD is a transmissible spongiform encephalopathy. (TSE) This means it is a neurological disease that affects the brain of the infected animal. CWD is so named because once the animal begins to show the effects of the disease, the animal seems to just “waste” away. CWD is always fatal and at this time there is no known cure once an animal is infected and no vaccine to prevent it.

CWD was thought only to affect Cervids, which are the members of the deer family. So whitetail and mule deer, elk, moose, and caribou, are all susceptible to this insidious disease. Interestingly, biologists think the exotic fallow deer, now found in many states, may be more resistant to it.

CWD is similar to scrapie in sheep and what became known as “mad cow disease”. Although they are similar (they are all TSE’s) they are not the same and at this time there is no evidence that CWD affects humans. So far that is the good news for those of us on the hunting side, more on that later.

CWD was first recognized in captive mule deer at a research facility at Fort Collins Colorado in 1967. Since then there is a long litany of dates and locations of where and when the disease has been found in deer and elk populations around the country.

The nagging question for sportsman has always been can CWD be transmitted to humans by eating venison? In recent years scientists have seemed to say we don’t think so, or there is no proof of this. A recent study in Canada may be taking us closer to saying something different.

In April 2017 the Canadian Health Products and Food Branch (HPFB) issued an advisory warning of potential human health risks from chronic wasting disease. The Canadian warning states in part; “While extensive disease surveillance in Canada and elsewhere have not provided any direct evidence that CWD has infected humans, the potential for CWD to be transmitted to humans cannot be excluded. In exercising precaution, HPFB continues to advocate that the most prudent approach is to consider that CWD has the potential to infect humans.”

This warning is the result of study by Canadian scientists which focused on exposing macaque monkeys to whitetail deer meat infected with CWD. Macaques are reportedly the primate which is the most closely related to humans that researchers are allowed to use in experiments. This study is ongoing and of the 18 monkeys involved three have contracted CWD after being fed CWD infected deer meat and two have become infected by having the disease exposed directly to the brain.  The monkeys that have had the infected material rubbed on their skin, reportedly to simulate a hunter field dressing a deer, have not contracted CWD.

What does all this mean for mean for those of us who wear blaze orange and pursue the deer every year? Truthfully, I don’t think anyone knows yet. In 2016 in one section of Wisconsin, which reportedly has a high incidence of CWD, hunters had 3,760 deer tested for CWD and 442 of those deer tested positive for CWD. There were also over 65,000 deer taken in the same area that were not tested.

Are we potentially looking at a time when we will routinely take our deer to be tested for CWD before they are consumed? Would the testing be done by state agencies like our local DNR or is it possible that a do-it-yourself kit for CWD testing will appear on the market? (Graduate students in Wildlife Biology and Epidemiology take note) Will we see some of our local deer populations reduced in drastic numbers?

I don’t think so, but I don’t claim to know much about it. The sky hasn’t fallen yet so let’s watch and wait and see what happens with the CWD gremlin. I’ll be letting you know about anything new on the horizon. Just don’t be chunking any rocks at the messenger.