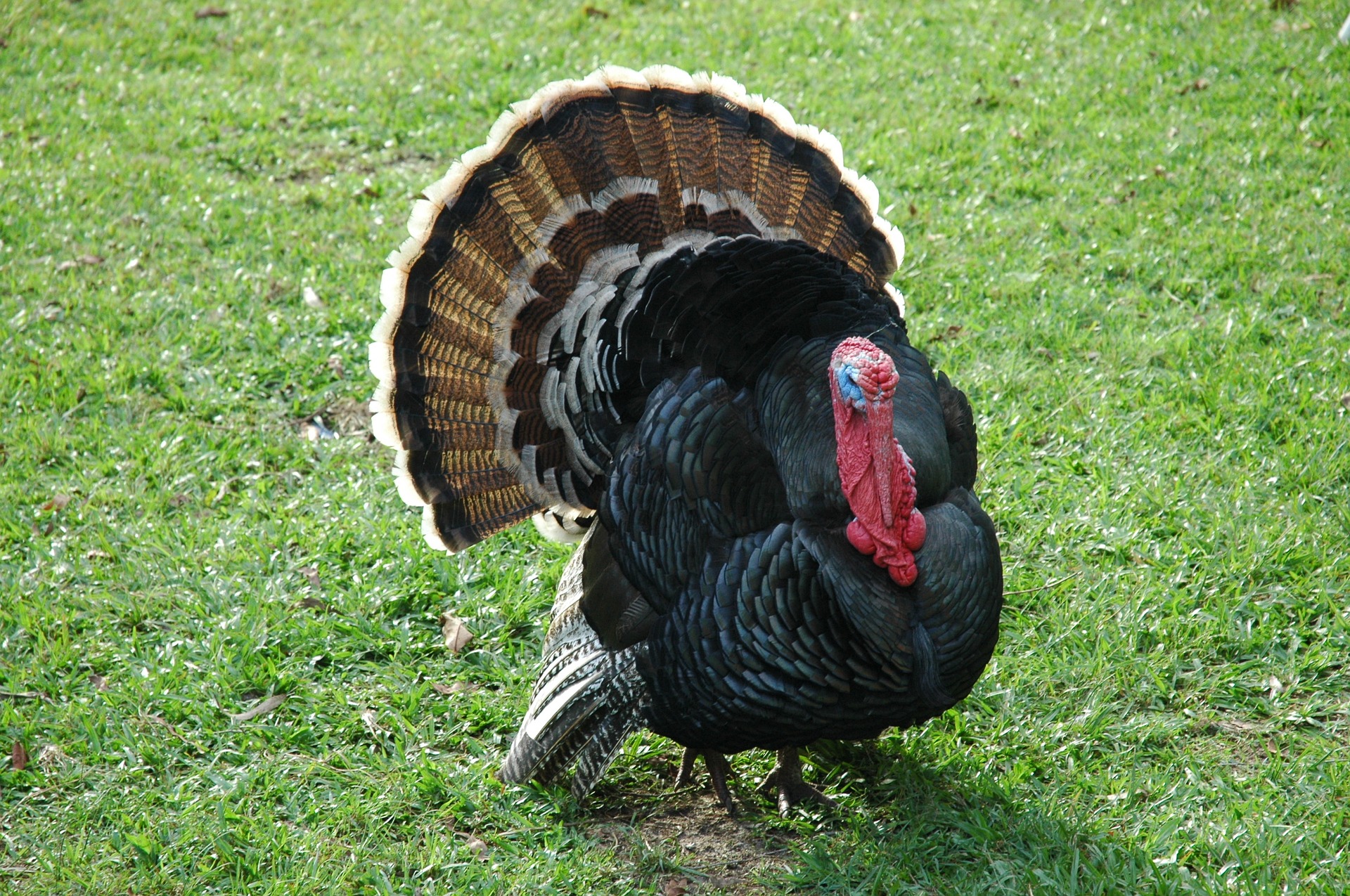 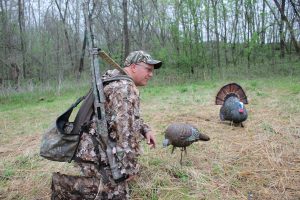 One Man’s Quest for New Shotguns, New Turkeys, and New Places to Hunt Them.

OK, I confess I may not be the best traveler in the world. To be honest I never traveled much until the past few years when I started down the outdoor writing trail. What I find now is that I may enjoy the destination once I get there, usually for hunting or a gun related activity, but getting there may not be my particular cup of tea.

Airports and flying don’t seem to be on my list of favorite things but it is all part of traveling and what we endure when we leave our own backyard. Sometimes I just want to stay home, work at being my usual grouchy self and hunt turkeys and other critters on my home turf. When I get home from a trip I usually vow that it is going to be a long time before I leave again. Before I know it, I am looking at the horizon and dreaming.

That is what happened a few weeks ago when I ventured out to the “Show Me” state of Missouri for some turkey hunting. I had been discussing this for a while with Dave Miller, the shotgun product manager at CZ-USA, a firearm manufacturer whose headquarters is in Kansas City, Kansas. CZ-USA is the United States based subsidiary of the Czech Republic company that makes a long list of firearms including rifles, pistols, submachine guns, and some very fine shotguns. (Many of the shotguns are made in Turkey, which if you didn’t know has a long history of making fine shotguns).

CZ-USA also owns Dan Wesson Firearms; they have produced excellent revolvers and pistols for years, including some fine 1911’s. If you don’t know about CZ-USA you need to check them out at www.cz-usa.com .

I have talked to you about Dave Miller in these pages before. Last year I reported on a feat he did with shotguns which I do not expect to be equaled anytime soon. Mr. Miller broke no less than 3,653 clay targets in an hour to set a Guinness Book of Records for such things. I was there, I saw it, and to say the least it was impressive.

Dave Miller is what I would call a rabid shotgun shooter. He lives and breathes it. Besides doing all the shotgun product manager stuff for CZ-USA he is their demonstration and exhibition shooter. I don’t know how many days a year he spends on the road shooting shotguns, but it is way more than I want to be away from home. Saying that Dave Miller shoots a shotgun is like saying Michelangelo painted a few pictures.

So when Dave called me this spring and said let’s go hunt some Missouri turkeys, I was all for it, but secretly I was a little nervous. If this guy went after turkeys the way he does clay targets, could I keep up with him? Only one way to find out.

While David Miller may some faults, I can tell you it is not in the hospitality department. He secured an absolutely beautiful piece of property for us to hunt on, (many thanks to J. W. Page the owner) not far from Kansas City. If that was not enough Mr. Miller found a stunning Bed and Breakfast one mile from where we hunted, the Laurel Brooke Farm B and B near Weston, Missouri. We were set!

The day I arrived Dave drove me out to the hunting area to give it a look. We also took the time to unlimber the shotguns we would be using. For this hunt we elected to use the CZ 612 Magnum Turkey Shotgun and by the end of our shooting session I was glad we did. Any shotgunner needs at least one good pump gun and the CZ 612 may be the one for you. First, this shotgun weighs an amazing 6.8 pounds, (that is light!) has a 3 1/2” chamber for those that want to shoot the big shells (also takes 3 and 2 ¾ inch), and has an action that I don’t believe is equaled by any shotgun in this price range.

“This is the smoothest, most reliable action on a pump shotgun since the Model 12,” Dave Miller told me, “it is very durable and easy to operate.” After carrying and hunting with the CZ 612 for 5 days I had to agree. This shotgun is hydro dipped in Realtree Xtra Green camo and comes with an extra full choke for turkey hunting and a modified choke. I would have no problem taking this shotgun upland bird hunting or waterfowl hunting for that matter.

When you take all of this into consideration and then say the MSRP (manufacturer suggested retail price) is $429.00, well this shotgun is hard to beat. If you can find a better made pump shotgun at this price I say you should buy it.

I decided to put an optic on one of the shotguns we carried and chose the Trijicon MRO red dot sight. You have heard me talk about the MRO before and I believe this is an excellent red dot optic for a spring turkey gun. This sight allows for lighting fast target acquisition, has a five year battery life and is extremely rugged as Trijicon optics are built to military specs. Miller and I did not baby the shotguns or the optic on this trip and they came through it just fine.

While the hospitality of all the people in Missouri I met was wonderful, the Missouri turkeys I came across were not as friendly. They were acting a little snobbish and did not want to walk in and be decently shot. On the first morning after a very long ordeal with a particularly uppity gobbler Mr. Miller pulled a rabbit out of his hat. We spent over an hour crawling on our bellies’ like a reptile watching a typical field turkey march around out of range.  With a strategic decoy placement Dave coaxed the old reprobate gobbler to come right in.

I would be lying if I said I was not afraid I might miss in front of a shotgunner like Dave Miller, but the Trijicon MRO really helped on a shot that was closer to fifty than forty yards. I was also glad to have a Winchester Longbeard XR load in the chamber as I have seen these shells excel when you start to stretch the yardage. The CZ 612 spoke and the turkey went down as if struck by lightning. (Whew!) I think Dave was as happy as I was.

Good friends, beautiful country, a good shotgun and some turkeys to talk to. It doesn’t get much better folks. Think about Missouri if you are considering a road trip for turkeys, I think the annual harvest is something like 45,000 per year.

Me? I’m glad to be home, but you know I have been thinking about a little trip down to somewhere, don’t know where, but somewhere.

The Gun. CZ-USA 612 Magnum Turkey Shotgun. Rock solid, lightweight, Realtree Xtra Green camo, with a very reliable and smooth action. This gun has a 3 ½ inch chamber if you want to shoot the big boy shells. The MSRP on this gun will make you do a double take ($429.00), and we all know if you shop around a little you get it for less than that. I know some will claim heresy but like Dave Miller I could not help but compare it to a Winchester Model 12.

The Optic. Trijicon MRO. I have talked about this sight before and I won’t fib to you, I like it. The reasons are simple. First, quick target acquisition, this is what a sight on a shotgun or any other firearm should do, help you get on target quickly. The MRO is can be mounted well forward on the gun and used with both eyes open. Once the shooter gets used to doing this, the MRO gets you on target lightning fast. When you mount the gun the sight tube seems to disappear and you only see the red dot on the target. The MRO is built to military specs and is extremely rugged, it will take whatever you and the conditions can dish out.

The Ammo. Winchester Long Beard XR. This shotgun ammunition has been all the rage for the past few years. Winchester hit a grand slam in the turkey shot shell world when they developed the Shot-Lok technology wherein an epoxy like resin is actually poured into the shot charge, binding it together. The instant the shell is ignited the resin shatters and provides an ultra-buffering situation which allows the lead pellets to fly true and achieve tight patterns at ranges that were previously unheard of. If you think you might be shooting past forty yards, you’d best load up with Long Beards.

Larry - June 1, 2021 0
PHOTOS CONNOR  BOOTH The Way We Were. (Or, should we shoot predators on sight?) Most of us would agree there is a lot of difference between...

A Rifle for the Ages, the Winchester Model 1894

Larry - December 15, 2018 0
Were it not for the Winchester Model 1894 rifle, and more specifically those chambered in .30/30 Winchester caliber, deer hunting in America might not...