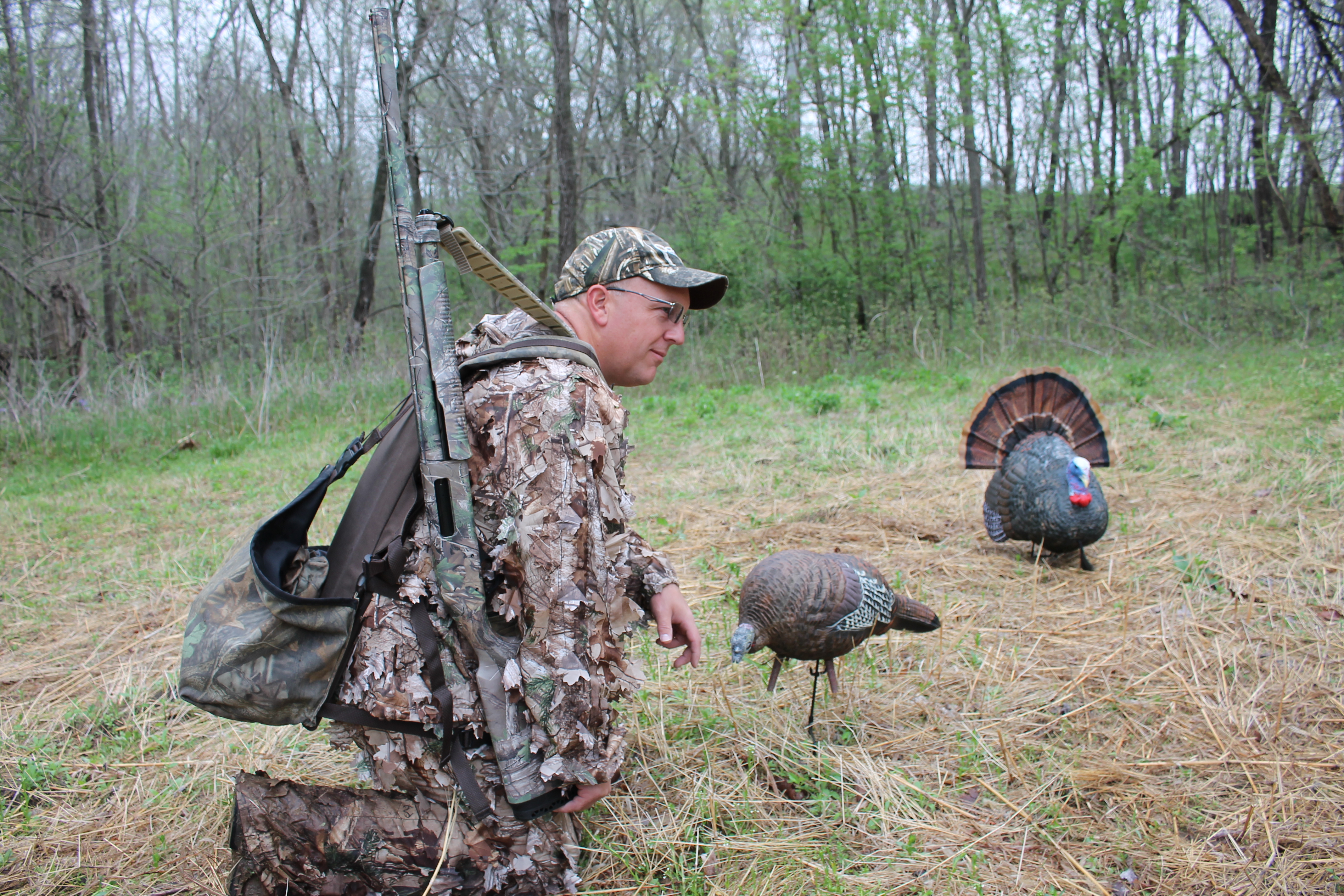 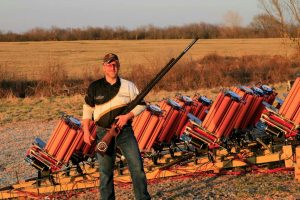 If Dave Miller was a hunting dog, I would want one of his pups. He is that good. Dave Miller has what my hunting buddy, when he rates the current crop of bird dogs calls “the fire in the belly”. I think when Mr. Miller wakes up in the morning he leaps out of bed and is immediately turning and burning, whatever the mission is for the day, he is on it. You shoot a shotgun, I shoot a shotgun, but we don’t shoot shotguns like David Miller.

On May 16, 2015 David Miller from Grain Valley, Missouri set the Guinness Book of World Records for most clay targets shot in one hour. I was there. I saw it, and let me tell you boys and girls, it was a sight to behold. For several days I have been trying to think of something to compare it to, so that I could describe what was going on. I really can’t, but imagine a state fair, with shotguns, and everyone is waiting to see the attempt at some great feat, like Evel Knievel jumping the Grand Canyon or the like.

About one year ago Dave Miller was watching TV with his girlfriend Kelly Lindley and her two children Will and Sydney. A program was on featuring people attempting to break world records. Will told Dave he should attempt some world record in shotgun shooting. That was all it took. Dave says he didn’t think much about it at the time, but the idea stuck. This was the beginning of months of planning, testing, and building to make the idea and the dream come true. It wasn’t easy brother.

Another thing that Dave did was this; he almost immediately took this idea to his friend John Lindquist at Pheasants Forever, as he wanted the record attempt to be connected to this conservation based group to help them raise money for their shooting programs for young people. Last I heard this endeavor has gained the organization over $75,000 to help with getting kids outdoors and teaching them to shoot.

Oddly enough, one does not simply call up the Guinness Book of World Records and say “Hey guys, I shot a couple thousand clay targets the other day, put me down for that record if you would!” So what had to happen was this, Dave and attorneys from CZ-USA, (where he is the shotgun product manager and exhibition shooter), worked with representatives from Guinness and the National Sporting Clays Association. All the rules and regulations had to be worked out, as well as safety precautions. Two of the major rules were one shot, one broken clay, if two clays shatter from a shot, it only counts as one target, and the clays had to travel at least ten meters before he could break them.

The planning and logistics that went into this endeavor are daunting to say the least. Here is a partial list of the equipment and personnel assembled to set this record.

Many, many details had to be worked out. The target throwers and the rate at which they launched the clays were a major concern. Too fast and Dave could not focus on the target he was shooting, to slow and there would not be enough time to get all of them broken in one hour. It had to be just right. The rate of fire during the attempt was about four to six tenths of a second, so about every half second a target was being thrown and a shotgun was firing. That is putting some lead down range boys and girls.

All of this was done at the Heartland Trap and Wobble Skeet Range near Harrisonville, Missouri, and a nicer setting and friendlier, neighborhood gun club atmosphere you will not find, owner operator Steve Sheerer saw to that.

When the horn blew and the shooting started, the actual attempt seemed almost surreal. I stood behind the platform with all the rest and I listened to the shotguns firing, but the rate at which the shots were going off seemed ludicrous. How could anyone hit anything firing this fast? But he was, and as you watched the targets streaming into the air they were being broken with almost machine like consistency. That’s Dave Miller, a shootin’ piece of machinery.

When the final horn blew and the smoke cleared, Dave Miller had done it. Setting a new Guinness Book of Records for the most clay targets broken in one hour with a shotgun, 3,653! O, and by the way did I tell you that all the shooting was done from the hip? The final numbers were, 5,265 clays were released, they ran continuously, (the Mec Clay Target throwers preformed flawlessly) Dave fired 4,402 rounds of Federal shotgun ammo, (2 ¾ Gold Medal Handicap Trap Load, 1 1/8 oz. of shot, that is not a “light load”), and he hit 3,653 targets, that is a percentage of 83%. Just one note on that, remember I said the clays were being thrown continuously, no breaks, so when a gun was empty, Miller had to drop that gun, reach to his right and pick up a loaded one, and he still shot 83%? I would be happy with that percentage any day at the neighborhood skeet range.

One thing that has to be said, Dave Miller thanked supporters friends and family continually during this event, a more humble guy you are not going to meet. If I know Dave Miller he is already working on a new project, and you can bet it involves a shotgun. When you have the fire in the belly, you don’t stop when you set a little thing like a world record.

Larry - March 22, 2020 0
Get Lost! “There is a pleasure in the pathless woods, There is a rapture on the lonely shore, There is society, where none intrudes, By the deep sea,...

Larry - December 1, 2017 0
Yellow Tomatoes and President Roosevelt. Larry Case “In hunting, the finding and killing of game is after all but a part of the whole.” Theodore Roosevelt I...