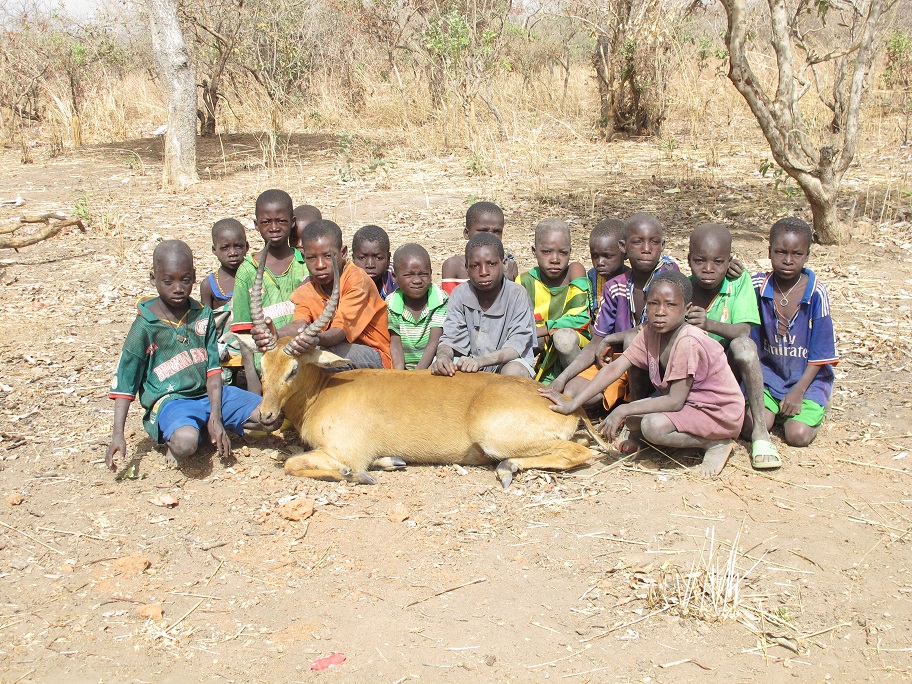 You’ve probably never heard of Burkina Faso. (bərˌkēnə ˈfäsō) I hadn’t either until a week or two ago when I started seeing posts about it on FaceBook from Thomas McIntyre, a hunting and outdoor writer many of you know. McIntyre has hunted all over the world, visited every continent except Antarctica and written about it extensively.

He is the author of several books including Dreaming the Lion, Seasons and Days, The Snow Leopards Tale, and his latest, Augusts in Africa. Thomas McIntyre has written hundreds of articles for most any hunting related magazine you can name and currently serves as a contributing editor for Field and Stream and Sports Afield. He has been hunting in Africa for forty years, and last year visited the obscure country of Burkina Faso in west central Africa.

McIntyre was struck with the wild, raw nature of the country. It was the Africa of old, vast savanna, very few roads and lots of game, lots of elephants, buffalo, (West African savanna buffalo) antelope, leopard and many lions. Recently he was contacted by one of his hunting associates for the area who informed him that Islamist jihadists have moved into area and began a reign of terror by burning hunting camps and slaughtering the wildlife.

Thomas McIntyre is trying to bring this tragedy to light and is apparently not having much luck getting anyone to notice. The following are some quotes from a letter he sent to several writers in the outdoor media.

“For all of my nearly sixty-seven years, I have been fascinated by Africa, its environment, people, and wildlife. Over forty years ago I was able to make my first safari to Kenya, and have returned to the continent more than a dozen times. This has led to a career as a writer on outdoor topics and numerous books.”

“Last January, I was able to travel to and hunt in the nation of Burkina Faso; and it was extraordinary to see so much large wild fauna in West Central Africa–everything from elephants and lions through buffalo, Western roam, kob, hippo, crocodile, francolin, guinea fowl, all wild and free ranging.”

“It was a small piece of Africa, but the concept of giving the wildlife value through safari camps to give the local people a stake in wildlife and wild-land conservation was clearly working. Then last week, in a series of e-mails from a contact of mine [Arjun Reddy], there was this: “I am very sorry to inform you that the jihadists have burned down our camp in Burkina Faso last week as well as several other hunting camps. We had already cancelled the coming season! The eastern part of the country was always quiet but has suddenly become a hot bed of terrorist jihadist cells.” 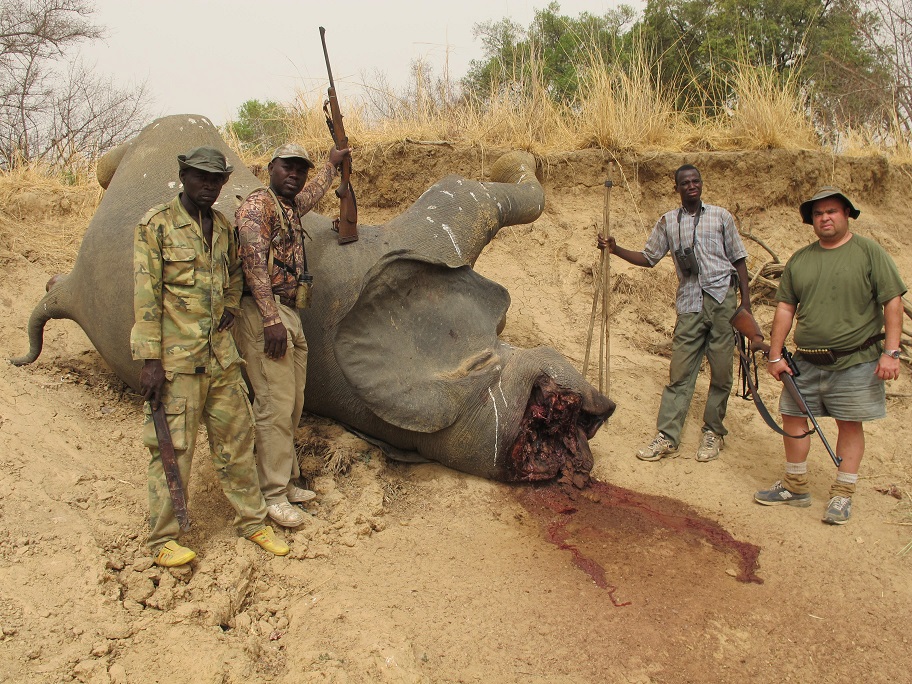 “They have burnt many camps now. Government is useless…if they [the jihadists] set up camp in that area and make it a no-go area it will be the end of the wildlife. The elephants are already killed off, all the big ones, now they will finish the rest. It’s very sad Tom. I want to set up a FB page to bring the world’s attention to this issue!!!”

McIntyre went on, “I am trying to bring the ongoing critical wildlife situation in Burkina Faso to the attention of people (literally anyone) outside that country.  As you may know, Burkina Faso, Benin, and Niger provide habitat for the final viable herds of savanna big game in West Central Africa, including the last few hundred endangered West Central African lions.  Now terrorism threatens the system that has supported the conservation of these animals and habitat.  If allowed to go on unchecked, the herds, if not all the animals, in Burkina Faso, then Benin and Niger, will be gone in a disastrously short time.  I would invite you to click on my timeline at Facebook (Thomas McIntyre) and read my several postings over the last few weeks on this unfolding tragedy.”

Hearing about terrorism anywhere in the world these days has sadly become so commonplace most of us don’t even notice anymore. We hear about another report of terrorism, this time in Africa, which would probably be on page fourteen in a newspaper. We yawn, have another sip of coffee and turn to the sports page.

But make no mistake; this is more than thousands of animals being slaughtered. (Although you would think that would be enough for someone to notice) The model of hunting based conservation that was being practiced in Burkina Faso has worked all over Africa. Local villages get the huge benefit of the much needed protein from the animals that hunters take. Remember that many of the native people in these areas live in poverty unheard of in our sheltered world. People from the area work for the professional hunters and make wages they would have no other way of earning. Sport hunters pay large amounts of money to hunt selected animals. The money goes into conservation programs which perpetuate the wildlife conservation agenda, the animals benefit and the people benefit.

What can be done about all this? I’m not sure. In discussing it with McIntyre he said “I want to do what I can, now, which is to try to raise awareness. The plan can come later. If I can get enough people to think about this, I am confident somebody WILL come up with a plan. If I see somebody standing in the path of a speeding train, I can’t stop it. But at least I can yell at that person to get the hell off the track.”

McIntyre added, “We have the luxury in this nation of being able to debate the theories and ethics of licensed hunting and wildlife management. We can argue about grizzly bears because we still have grizzly bears. The lions, and all the other imperiled wildlife of Burkina Faso, and the people who depend upon them, are not a rhetorical matter.”

From Teddy Roosevelt starting the National Parks and Wildlife Refuges, to duck hunters initiating wetlands conservation in the 1930’s and dozens other wildlife crises, hunters have always answered the call. Are you listening outdoor media? Safari Club International, Boone and Crockett Club, Nature Conservancy, World Wildlife Fund, are you there?

Larry - March 23, 2020 0
Here’s the deal, spring turkey hunting requires that you be in the woods long before the chickens get up and have their coffee. This...

A Hat as Big as Elmer’s