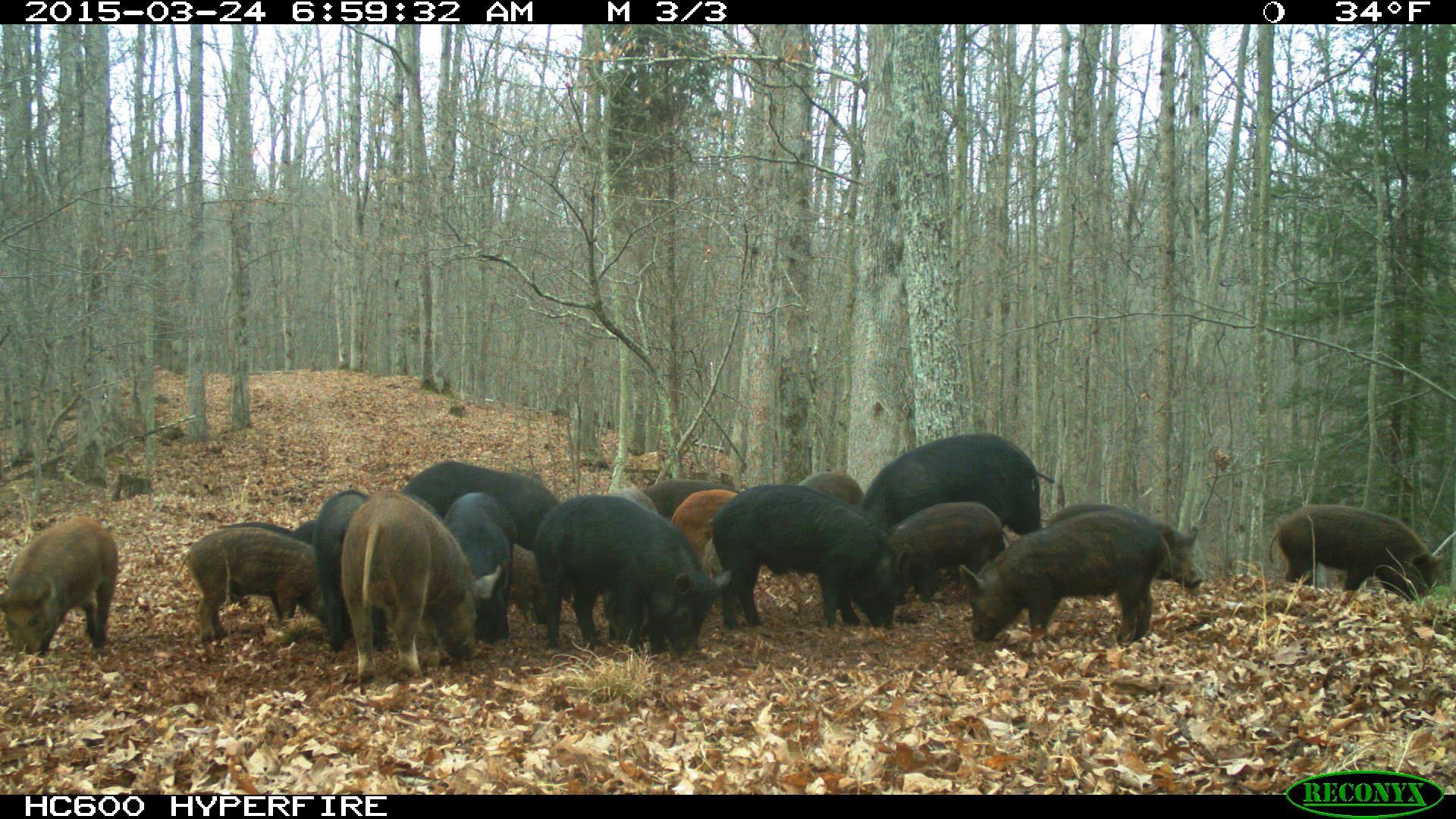 Feral Pigs, To Hunt or not Hunt, That is the Question

Most of us don’t like controversy. Most of us would probably like for everyone to get along and agree on many issues. I said most because you and I both know people who would gladly argue with a tree stump or a opossum. As I have said before it is much the same in the fish and game world. There is enough controversy out there for everybody.

One of the latest hot topics concerns the feral pig issue. We have talked about feral swine here before and many of you know this is a major problem for many state wildlife agencies especially in the south eastern part of the United States.

Feral pigs (feral means an animal that lives in the wild but is descended from domestic animals), are now found over much of the United States. It is hard to keep up with where they are actually found and in what numbers. The US Department of Agriculture says they are present in at least 39 states and one thing is for sure, wild hog populations are on the rise.

Feral hogs cause an incredible amount of damage, especially in agricultural areas. (The USDA estimates that 1.5 billion per year is conservative) In case you don’t know, one of the things that hogs do when they feed is “root”, meaning they plow up the earth with their strong snouts and teeth. Another factor here is that pigs will eat just about anything, plant or animal. This is bad news for native wildlife populations, fawn deer and ground nesting birds (including wild turkeys) are definitely on the feral porkers menu.

State wild life agencies and most hunters agree that feral pigs are a problem. What they certainly do not agree about is what to do about it.

So here is the deal. Many state wildlife departments (Missouri is the latest) are now taking the stance that recreational hunting of feral hogs actually hurts the effort of trying to eliminate these pests. How can hunters killing wild pigs be counterproductive in seeking to rid an area of hogs? Here is what the agencies claim.

The most effective method of taking out large numbers of hogs is trapping. Large “corral” type traps are set up that are capable of capturing whole groups (called sounders) of pigs at one time. This is time consuming and requires a lot of work as the pigs must be baited in and become used to feeding in the trap. If the pigs are disturbed during this time they will probably scatter and this trapping site is finished for the time being. Hunting for feral pigs can of course scatter them and this, says the wildlife agencies, is the problem.

Another major problem the different fish and wildlife agencies point out is that hunting for feral hogs often encourages the transportation and stocking of these animals. A group of hunters may pool their money and make a clandestine trip to a state where they can buy a truck load of feral hogs. They release these hogs on a large hunting lease and you have an instant hog population. Not only are hogs tough and not picky about what they eat, they are very prolific. Hogs have litters with high numbers and the female pigs start having them early.

“Each state needs to take its own approach to managing feral swine damage. What may work in one area, will not be as effective in another due to different political, social, and biological environments. What everyone should realize is that damage caused by feral swine is not limited to just landowners and farmers” said Kevin Groves, a Wildlife Biologist for the United States Department of Agriculture, Animal Services Division.

“Hunting feral swine can actually worsen the problem by pressuring the pigs to expand their ranges, become nocturnal, and shy away from certain management techniques. Transporting pigs for the purposes of hunting is even worse because it increases disease transmission and expands the areas damaged” Groves said.

Sportsmen don’t all agree with this as you may have guessed. There is no doubt that hunting feral hogs can be a lot of fun and has become big business in some states with high pig populations.

“I’ve hunted hogs in six states, Oregon, California, Texas, Oklahoma, Mississippi, and Florida” said Brian McCombie, well known gun, outdoor writer and avid hog hunter. “I know a lot of hog hunters across the country, I have stalked hogs, sat in blinds and waited, hunted them at night with thermal and night vision, run them with dogs and even did a couple of helicopter hog hunts. My take is this; I’m not saying stop trapping. It can be effective. But to pretend that hunting is getting in the way of what my research has found is pretty limited trapping at best? I don’t buy it. Hunters are out there, on the ground, removing hogs from the landscape.”

I’d say I come in somewhere in the middle on this. I am for hog hunting in general but personally think the stocking of these beasts is very harmful to native wildlife. Feral hogs hurt your deer and turkey populations boys and girls, no way around it.

I will leave it to you to make up your own mind on this, whether to hunt, or not hunt feral hogs. I might confront a tree stump about it, but I gave up arguing with opossums a long time ago.

Larry - June 30, 2015 0
GEAR THE TACTICAL SHOTGUN SHOOTER CAN’T LIVE WITHOUT MATCHSAVERZ TACTICLE SHELL HOLDER. Why is it that the simple things are the best? Well, they...