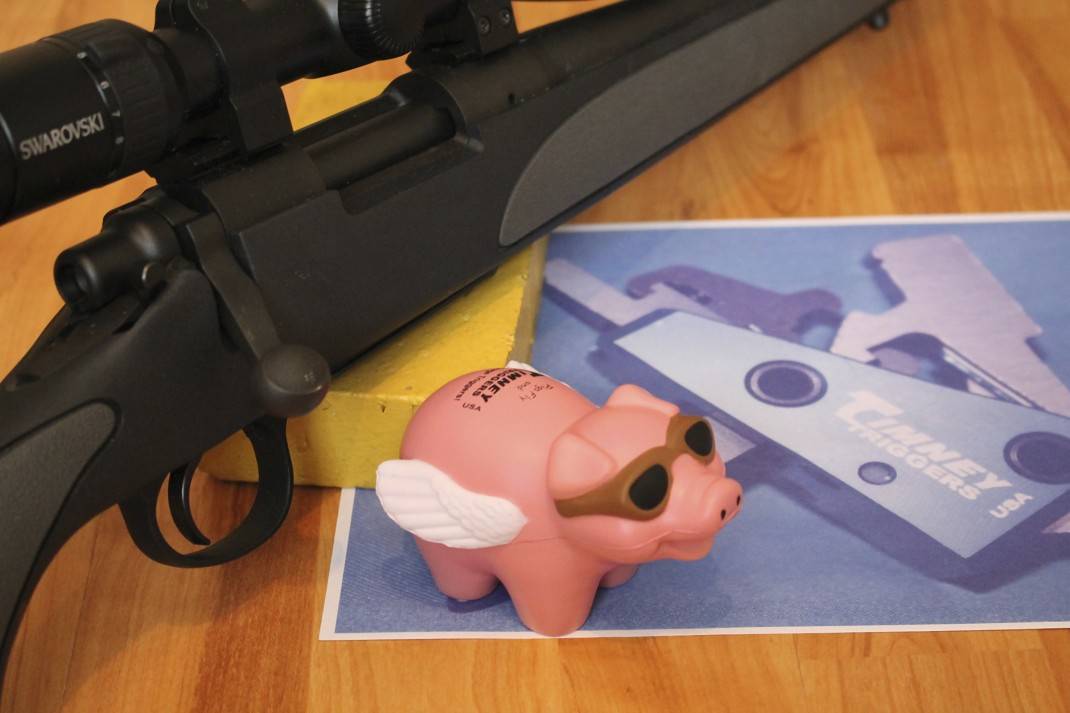 The oldest replacement trigger company in the country is doing something it never imagined, making a two-stage trigger. Timney Triggers has been in the business since 1946 and following one of their basic polices, listening to their customers, led to this decision.

I visited the Timney factory in Phoenix, Arizona and spoke with Calvin Motley, the design engineer for new product development at Timney (and I believe a Trigger Wizard). “To be honest I never thought we would make a two-stage trigger here at Timney” Calvin said. “But we kept hearing from customers wanting a two-stage, so here we are.”

Timney’s ultra-modern facility, complete with robotic equipment was an amazement, but not the coolest thing I saw there. Every trigger at Timney is hand assembled, tested and calibrated before it goes out the door. Owner John Vehr knows he has people on his staff that have pulled more triggers than Alvin York and Doug Koenig combined.

So why would you want a two-stage trigger in your rifle? That question has been cussed and discussed on gun ranges and in barbershops since Hitler was a Corporal.

Military rifles utilized two-stage triggers for years and the concept is simple. Instead of one steady pull on the trigger resulting in the “break” and the gun is fired, the two-stage trigger is a two-step process. In stage one the trigger is pressed until it reaches a “wall” where the shooter can pause, correct aim if necessary, and then start the squeeze on stage two. Think of it like ready, (stage one), set, (stage two), go (the gun goes bang).

I believe (and so does Calvin, the Trigger Wizard) safety is a big factor in choosing a two-stage trigger. The amount of movement on the trigger required in the first stage alone makes for safer handling than many single stage triggers. Although most shooters may not believe it initially, installing a two-stage trigger will make you more accurate. I saw this in Arizona last spring on the Gunsite Academy rifle range. At the beginning of the class the two stage trigger had few fans, by the end of the week many were singing its praises.

This is a very comfortable trigger to shoot and my groups, from a Remington 700 in .308, shrank immediately after installing the new Timney Two-Stage. When deer season rolled around I put the crosshairs on a nice buck and pulling through the second stage was a breeze.

The Remington 700 Timney two stage trigger comes in two options. First is the “Calvin Elite” series for shooters that may want a lighter trigger pull. This trigger has an adjustable pull weight range of 8 oz. to 1 ½ lbs. on the first stage and 8 oz. to 4 lbs. on the second stage. (On the first stage this trigger moves 1/8th of an inch) The Calvin Elite series is distinguished by a blue housing.

The second Remington 700 two stage offered has an adjustable range of 8 oz. to 1 ½lbs. on stage one and 1 ½ to 4lbs. one stage two. This Trigger has a red housing. The Timney 2 Stage Straight Trigger is easily installed with no screws, drilling, or tapping required.   By simply removing existing pins, replacing trigger, and inserting existing pins anyone can replace a trigger on their Remington 700.  Retail price is $195.95.

Timney is also offering an AR version of the two-stage, the Targa series. The first stage of this trigger has a pull weight of 2lbs. and the second stage is 2lbs. Two versions are available; the “Red” version has a slightly shorter first stage than the “Blue” version. Installation is the same deal, no gunsmithing required; retail price will be $228.75

“We are not making your rifle any more accurate with a two-stage,” Calvin at Timney told me, “we are making you more accurate.” Wise words from the Trigger Wizard.