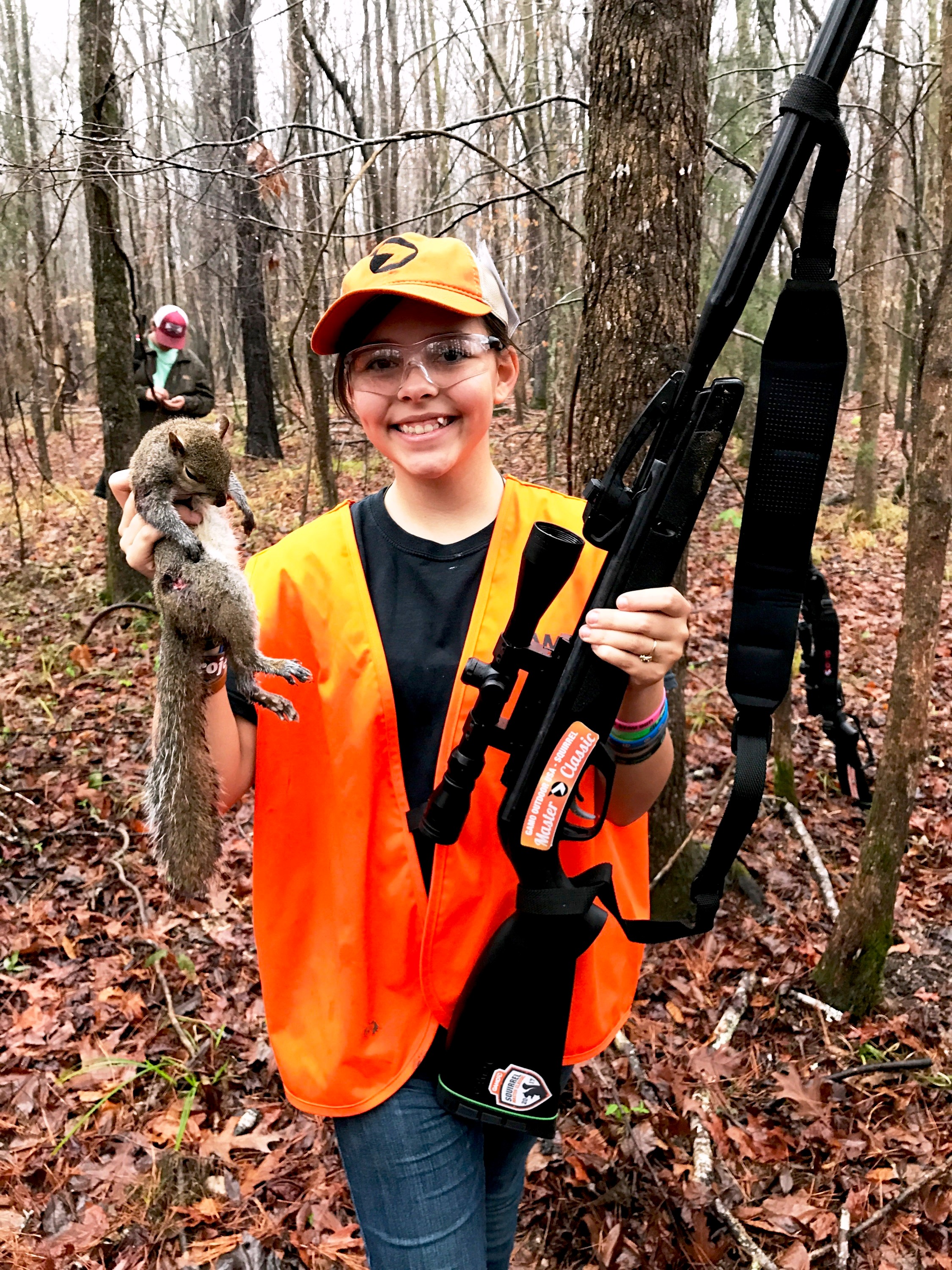 I would say finally there is something new in the air rifle world. Somebody at Gamo was really thinking when they came up with this concept for a pellet gun. The Swarm Maxxim (also available in .177 cal.) features a 10 shot rotary magazine which when loaded snaps into the mechanism on top of the rifles barrel. The shooter then breaks the action of the rifle to cock it, as with conventional air guns and you are ready to shoot. The shooter cocks the rifle after each shot, but does have to reload a pellet, you are good to go for 10 shots.

This simply makes shooting an air rifle quicker and more enjoyable, and for hunting or pest control follow up shots are much faster as we saw on the Squirrel Master Classic hunt. If would have had one of these rifles when I was a kid preying on English Sparrows, Starlings and other pest birds I would have probably taken several thousand more than I did. I am admittedly a little more fine motor skills challenged than your average bear, so at first I had a little trouble loading the ten shot magazine. Once I learned how to load it however, it was no problem the rest of the day. In truth I didn’t see any other hunters in my group having much of a problem. If you carry preloaded magazines in your pocket reloading is really fast.

The Swarm Maxxim comes with Gamo’s CAT (Custom Action Trigger) which I found to be pretty good. This is an adjustable two stage trigger, pretty heady stuff for an air rifle, and I will be talking to the Gamo people about this more as personally I am a big fan of a two stage trigger.

This air rifle weighs almost six pounds and has a muzzle velocity of 1300 fps. Gamo designed this rifle with their Recoil Reducing Rail which is supposed to greatly increase the life of a scope on an air rifle. This is a big concern as air rifles can be really hard on optics.

For targets, plinking, hunting, and pest control the Gamo Swarm Maxxim is worth checking out with a suggested retail of $199.99. You and your kids can have a lot of fun with this air gun; let them shoot it once in a while too.

Notes from the Aging Hunter’s Journal

Larry - June 27, 2019 0
“None are so old as those who have outlived enthusiasm” Henry David Thoreau I’m really not sure how it happened. I’m having some people look...