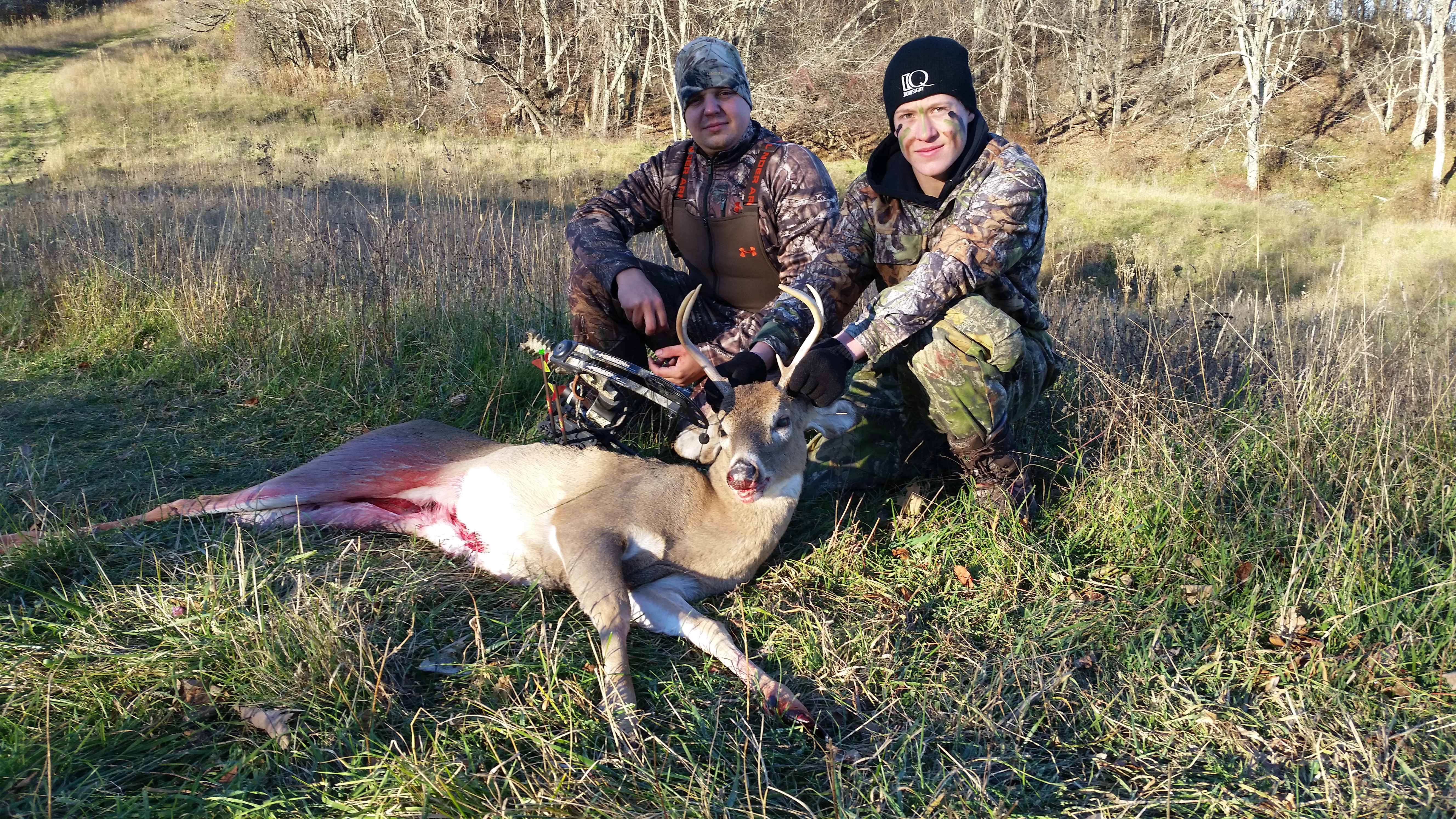 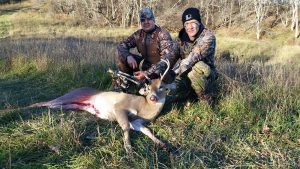 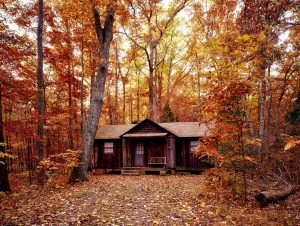 Gone To Little Buck
Larry Case
He pondered not even going this year. That he would even think this was a shock
to him. In the past forty seven years he had missed going to deer camp one time.
It was certainly not by choice but he had a prior obligation that year in a steamy
jungle in Southeast Asia. At the time he didn’t think he would make it home alive,
but he did and hadn’t missed a deer season since.
The mid November pilgrimage to the dilapidated cabin, built by his Dad and two
uncles was as much a part of his year as the fourth of July and Christmas. It was
part of him and who he was. The only way he would miss it was if he was laid out
down at the Kelley Brothers funeral home. Ok, so he would go, that was settled.
But he could not lie to himself, it was not the same. His best bud J.D. would not be
making the trip with him.
He glared through the windshield and gripped the old trucks steering wheel way
too tight. “Why am I still here?” he thought. They had all been good men. Good
hunters, loyal friends, the kind you could always count on through thick and thin.
They had loved this hunt and this place as much as he did. “So why am I still
here?” he said aloud. The one lane blacktop going up the mountain gave no
answers.
With J.D. out of the picture he would be the last of the “old codger crowd”, and
now some young bucks had worked their way into the scene. They were sons and
nephews of his group of buddies. To his surprise he actually liked some of them,
but there was something there, something he felt he couldn’t lay his hand on, like
a windblown track in the snow he could not read.
Most of them were young enough to be the son he never had. They seemed to
spend a lot of time discussing pictures on trail cameras, yet another new kind of
long underwear, and some magnum rifle cartridge he had never heard of.
Increasingly he felt like the odd man out at his own camp. He was going to have to
do something about that.
Delicate snowflakes kissed the windshield and became water. He grinned in spite
of his mood. A little tracking snow would be good he thought, trying to get his
hunting blood up. A light snow had always been their favorite. Not too much you
understand, just enough to track a deer. If he and J.D. got bored sitting on a stand

they would meet, cut a track and sometimes follow it for hours, wandering
through the mountains.
The camp had been named “Little Buck” by his uncle because he claimed for one
four year stretch that is all they saw, little bucks. This mountain country would
never have the numbers of deer that the farmland down below possessed. But
here the hunters had miles of National Forest to traipse, with nary a fence or a
posted sign to consider. It was the solitude as much as a buck for the meat pole
that his father and uncles had sought. He understood that now.
He sat in the truck for a good ten minutes after pulling up in front of the old cabin.
Studying the lines of the camps walls and chimney he noted it might be leaning a
little more than last year, much like himself. He watched the spirts of some old
cronies as they went in and out of cabin for a few minutes but he shook it off and
made himself get out and start the business of opening up the camp. While it
seemed dark and cold and lifeless now he knew after a little sweeping and fire
starting the haven he loved would soon appear.
His routine for the first day at camp was the same every year. He was always the
first to arrive. After a quick sweeping and firing up both wood stoves he would
quickly assemble his “what you got” stew. “What’s in it?” some newbie would
always ask. “Whatever you got,” he would answer.
He often told the rookies it could be anything from a Great Blue Heron breast to
bobcat tenderloins. In truth it was usually the last of the venison from his freezer
and maybe a few squirrels and a rabbit. Whatever it was it was always delicious
and there were never any leftovers.
Late in the afternoon he would trudge up to his favorite stand in the low gap. It
wasn’t necessary but he did it anyway. He just liked to see that the stand was still
there and he could talk to any old friends that might be hanging around. It was
right on the edge of dark when he walked up to the cabin.
The yard was full of trucks and from the noise he could tell there was already a
rowdy card game in full swing. He stood at the window for a minute, unsure of
how to approach the fray. Then by either whim or divine intervention he grabbed
the door knob and surged into the room.
All noise and merriment stopped as if on cue. Later they would say it was so quiet
you could have heard a mouse pee on a cotton ball. Those engaged in the telling

of big tales froze and hot hands at the card table became tepid. Every eye in the
crowd was trained on him, every mothers son expected some sort of rebuke
which they would take without a word. Every last one of them loved and feared
him.
He let them hang, mouths agape for a few seconds and then plunged in. “Boys, I
been up to my stand and seen a whopper buck track up there, I need to talk to
you guys about them trail cameras!” A half second of silence and disbelief and
then the dam broke wide open, with a roar the crowd pulled him in, physically
and spiritually. They all wanted to talk at the same time and he let them, basking
in the warmth of fellow hunters, deer camp, and this magical time of year.
This might be his best year yet.

In a rut about the rut

Larry - January 29, 2016 0
So we all know it's coming, right? Just like death and taxes and the hourly calls from telemarketers, it's a fact of life. Deer...