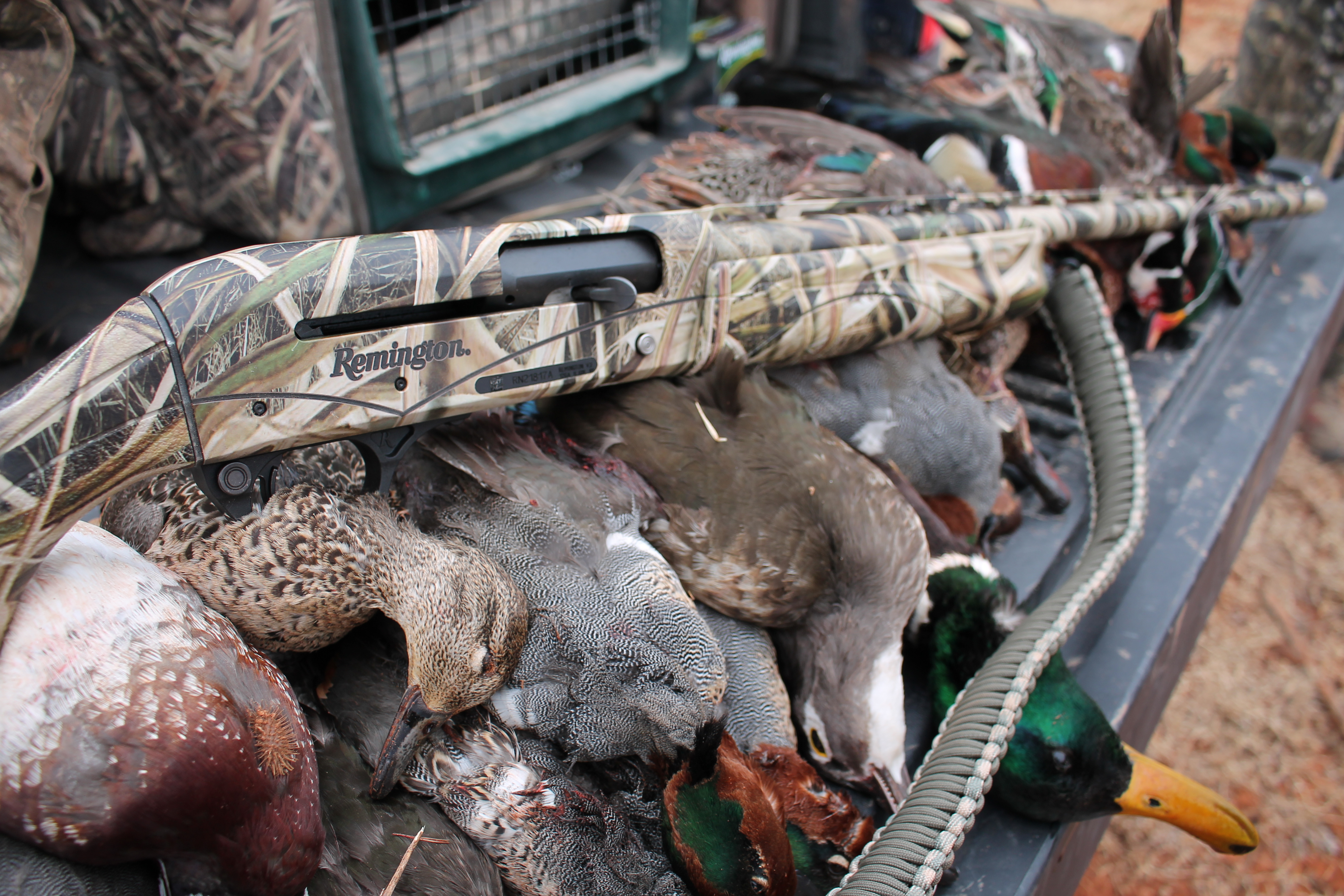 “A recipe is a story that ends with a good meal.” Pat Conroy

We have talked about my not so legendary cooking skills here before. Other than some pretty good beans and cornbread, and maybe some fried turkey breast and squirrel (some of you are making a face right now), I am not the one to put on kitchen duty at your hunting camp. (Unless you need someone to clean up and wash dishes, I’m good at that, just don’t spread it around)

I actually like to watch some of the cooking shows on TV and videos these days. I like the part when they film from above and show dumping all the ingredients in those little bowls together to make something wonderful for the table (which is usually very fattening). I can follow the video to the letter, use exactly the same ingredients and somehow my cooking does not turn out the same. I think it has to do with gravity or the curvature of the earth or something.

In thinking about all this I decided while I am not the one to advise you in the cooking dinner realm, maybe I could tell you how to cook up a good hunting trip, in this case a duck hunt. For a little extra flavor, this week’s episode will originate in the north Texas area near the Oklahoma border. The cameras are rolling, I have on my camo apron, here we go!

Kent Outdoors. Any good hunt away from home starts with a good outfitter. JJ Kent is the owner operator of Kent Outdoors at Pottsboro, Texas. JJ mixes his combination of combination of good guides, good food and housing at his Bucks and Ducks Lodge along with some beautiful country and a lot of ducks. This operation is in the Red River and Lake Texoma, but much of the hunting may not be done on a major waterway.

This is cattle country and JJ and his crew spend hours scouting the hundreds of small ponds (called “tanks” in this country) for waterfowl. I was amazed at the amount of ducks that would show up at daylight on these ponds. Teal, mallards, widgeon, pintails and woodies all showed up at the party. JJ has an infectious smile and is quick joke that you will enjoy in the duck blind. (Even if he did like to pick on the guy from West Virginia) An added attraction is JJ’s Labrador retriever, Bo. Bo is one of those dogs you just have to experience to understand. Constantly ready to dive into cold water to grab a duck, he is pleasure to watch as he will often bring back not two but sometimes three at one time! www.kentoutdoors.com

Sureshot Game Calls. Being successful at duck hunting requires good calling. Good calling starts with a good call. Charlie Holder with Sureshot Game Calls joined us on this trip and I learned a lot about his company’s calls. While Sureshot makes a wide variety of calls, for ducks and other game, Sureshot’s signature call may be the “Yentzen”.

Sure-Shot pioneered the duck call market by being the first double reed call. The Patented double reed design, (which was designed by James “Cowboy” Fernandez and George Yentzen back in 50′s) was ahead of its time back then and is still unmatched today. Seventeen years later when the patent ran out, every other game call manufacturer jumped on the Double Reed bandwagon. Today Sure-Shot still makes their duck calls with that same, once patented, Double Reed design.

Although I may tell you few things about turkey calling, I am not even a bad duck caller, I mean I really stink. I have always thought that to learn call ducks, like turkeys, you need a call that is “easy” to blow; you shouldn’t have to fight the call to begin to get good sounds. I think the Yentzen and other Sureshot calls are in this category. If you are an experienced duck caller or a newbie like me, pick up a Sureshot call and give it a whirl, I think you will be pleased. www.sureshotgamecalls.com

Remington V3 and Versa Max Shotguns. I think you have heard me talk about these shotguns before. No hunt, especially a duck hunt can happen without a reliable shotgun. Duck hunters are known for putting shotguns through rough treatment, a duck gun has to stand up mud, ice, snow, dog slobber and poor cleaning practices. Some years ago Remington came out with the Versa Max shotgun, a 3 ½” chambered gun that was meant to shoot anything you dumped in it. From the lightest 2 ¾” shell to the heaviest 3 ½” load you could find, the Versa Max became known as the gun that would shoot them all.

I dubbed this shotgun the “beast” and many waterfowl hunters and now the 3 Gun competition shooters love it. The Versa Max owes its success to a revolutionary new gas porting system that operated this semi-auto shotgun. No one else had this system and Remington, knowing they had something here soon began to endeavor to place the Versa Port system in smaller, lighter, general use shotgun.

This came in the form of the Remington V3 Field Sport. This Shotgun utilizes the Versa Port gas system that Remington put into the Versa Max, but the Remington people I talked to were quick to tell me that this is not  just a “three inch Versa Max”! End result for you, the shooter? A shotgun that shoots anything from the lightest field load to the most nuclear 3 inch magnum load you care send down range. Tests have shown a less than 1% malfunction rate on cycling reliability. O yeah, almost forgot Remington went back to the Rem Choke system for this gun. (Good move) Almost forgot, don’t forget to add Remington shotgun shells like their HyperSonic and Nitro-Steel loads. The HyperSonic load is a screamer with 1700 fps, by far the fastest steel shotshell out there.  www.remington.com

MOJO Outdoors Decoys. Duck hunting requires a lot of gear, mainly decoys. Duck hunters have known for decades if they can have some motion in their decoy spread the ducks will respond so much better. MOJO Outdoors began life in the State of Louisiana with the invention and development, by real hunters, of the MOJO Mallard® Spinning Wing Duck Decoy, which went on to become a phenomena in the world of duck hunting. With its realistic body, its large and practically unstoppable direct drive motor, highly reflective aluminium wings and rugged, dependable operation, it quickly took the market, making the name “MOJO” synonymous with “quality and success”. www.mojooutdoors.com

OK, as usual I have gone on too long. There are other ingredients that you will need, good companions are important in this recipe. I was lucky and had Daniel Cox and Ronnie Evans from Remington, Charlie Holder with Sureshot, Mike Morgan from MOJO Outdoors, and JJ Kent and his guides from Kent Outdoors, Zane and Tanner. (They were good but not as good as Bo the wonder dog.)

Mix all of these ingredients together, simmer on low for several hours. Bon appetite.