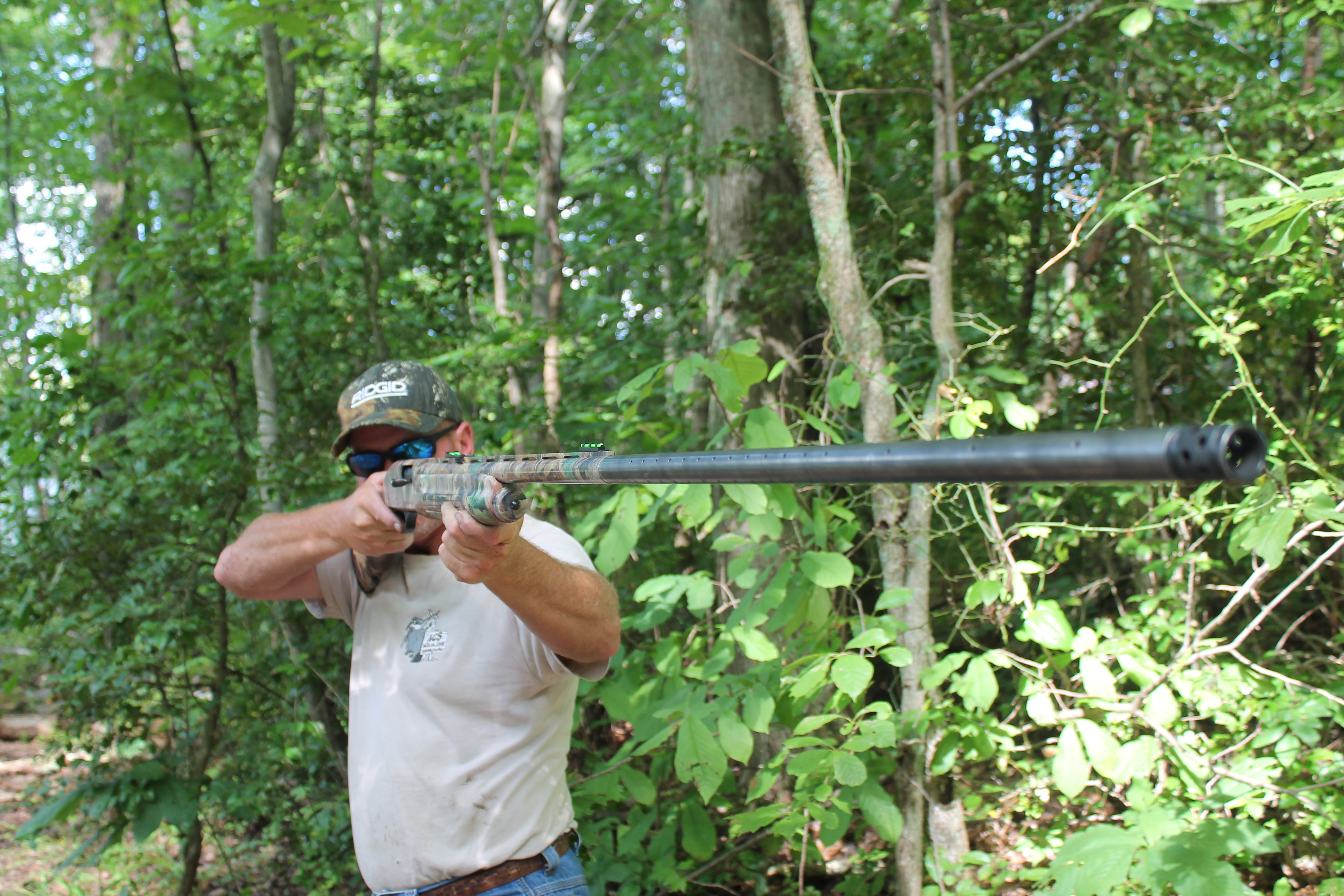 The Quiet Man, L. P. Brezny and the Metro Gun

Not many would argue that John Moses Browning was an inventor of firearms par excellence. Just trying to list Mr. Browning’s accomplishments in the gun world can leave the garden variety gun writer (like me) feeling a bit queasy. You know that you are going to forget something. From .50 caliber machine guns to the legendary 1911 pistol, the list is long and varied. You may suspect that I favor some of his shotgun wizardry, and you would be right. The 1897 Winchester pump shotgun is one of my favorites and it paved the way for the iconic Winchester Model 12.

I believe that John Browning had many of the traits of all great inventors. First, they are brilliant in that they can conceive an idea, they picture it, and then they have the tenacity to stay with it until the job is done. It doesn’t matter if you are Eli Whitney working on the cotton gin, (he also did the first work on mass producing firearms by the way), or Tommy Edison fooling with that light bulb until he got it right.

Now let’s talk about L.P. Brezny.  L. P. is one of those guys you run across that is hard to put a handle on. Think old cowboy/sheriff (he is a former policeman) with some trapper/mountain man thrown in. What L. P. Brezny is first and foremost is a shooter. Everything from shotguns to long range rifle shooting is in his bailiwick. L. P. is a real life shooting and shotgun architect in his own right and his books Modern Shotgunning and Long Range Shooting are widely read.

Several years ago (like all great inventors, ahead of his time) L. P. Brezny saw the need for a shotgun that would go easy on the ears. Urban sprawl causes tighter constrictions on where shotgunners are able to shoot. Many times you will have a location where you may shoot, but it really helps to keep the noise down. Keep the peace with the neighbors and all of that. Also, lower levels of noise from shotgun shooting may not be only a human consideration. Mr. Brezny saw early on that reducing the noise level on a shotgun greatly increased his success rate on some animals and birds, particularly crows. (A shotgun that made little noise, so he could shoot more crows was the original inspiration for the Metro)

After a lot testing, blood sweat and tears, and a bunch of shotgun ammo sent down range L. P. delivered the Metro Gun. Essentially this is a 32 inch barrel extension that simply screws on to the end of your existing shotgun barrel. Remove your screw in choke and insert the Metro barrel in its place, and you are ready to shoot. The Metro barrel is ported along its entire length, this allows the gas to be bled off a little at a time and the Metro is so long that most of the gases are gone by the time it gets to the muzzle. Very little gas, not much noise.

How much noise? Most tests show with sub sonic shotgun ammo you will get only about 72 decibels of sound with the Metro Gun. (Some liken it to closing a car door) Only about 82 decibels were reported with supersonic ammo. Winchester, Remington and Federal all make shotgun ammunition in the sub sonic line.

Mr. Brezny noticed other benefits soon after the inception of the Metro Gun, not only was there much less noise, there was much less felt recoil; it will make your shotgun a soft shooter. He also noticed a better pattern delivered with most shotguns, the Metro was acting as one long choke tube. L. P. gets reports from Metro customers routinely as to how effective this barrel is for game. Ducks don’t flare after the first shot; crows continue to come to the calling there is no blast to drive them away.

Would some consider the 32 inch Metro Gun a bit long and wieldy? Probably, but L.P. insists that when shooting, the barrel “disappears behind the bead”. Also at only 1.1 pounds (the 25 inch Raven model weighs less), so not much weight is added. Many first time shooters find the Metro Gun more comfortable to shoot, less recoil and much less noise.

If you have a situation where you want to shoot a shotgun, but would like a lot less noise, you need to check out the Metro Gun. If calling crows to the shotgun is your thing, definitely so.

Eli Whitney, John Moses Browning, Thomas Edison and L. P. Brezny, they had the vison and made it happen, but only one of them made the quietest shotgun you will ever see.

Thanks for the Stories and the Laughter, Patrick McManus

Larry - January 16, 2019 0
The Kingfisher is a crazy bird. They fly erratically, have a call which may be described as a cross between an injured chipmunk and...

Larry - March 23, 2020 0
Here’s the deal, spring turkey hunting requires that you be in the woods long before the chickens get up and have their coffee. This...