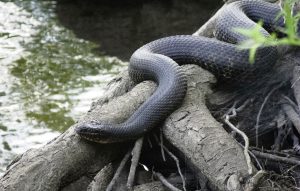 “The only good snake is dead snake” Anonymous

I don’t particularly like snakes. I’m not really afraid of them. It’s just that when it comes to snakes, I am not a big fan. If you are an outdoorsman, if you hunt and fish and traipse through the wilderness, sooner or later you will deal with a snake. I believe snakes could avoid a lot of the confrontations they have with us humans, but they don’t. Many people have a seemingly uncontrollable fear of snakes. Personally, I think it all goes back to that fracas we had with the snake back there in the Garden of Eden.

When it comes to killing a snake, I usually don’t take any prisoners if the snake is poisonous. I know some people out there will not like this and there are folks who love snakes and want to protect all of them. I am just not one of those people. I should tell you that some states have laws that prohibit the killing of any snake. When I wore the badge, I didn’t talk about this too much but now I figure if I am in a remote place and meet a poisonous snake whatever happens is just between me and the snake.

Some snakes are considered “good” and often farmers will encourage black snakes to hang around a barn or other place where you might have a rodent problem. The downside of this can be a snake around your chicken coop is going to be a problem as snakes will eat eggs and little chickens. So you get back to the trust thing again.

Fishermen will generally have more encounters with snakes than hunters simply because of weather conditions. Snakes aren’t dummies, and when the weather gets cold; they crawl in a hole somewhere. There is something about encountering a snake on the water that makes for even more excitement than usual. I once had the occasion to be in a very tippy canoe (I don’t trust canoes either) with a fishing companion that possessed a magnum fear of snakes. I mean this guy had a phobia of slithering reptiles that he was proud of. He loved to tell you long and loud about his fear of serpents large and small.

On this particular outing, I noticed a large brown water snake (non-poisonous) coming toward the canoe as we were casting for smallmouth bass. The lake was smooth as glass this evening and the snake, who I assumed was out doing some grocery shopping, was moving at a pretty good clip. Sitting in the rear of the canoe I gave the paddle one little stroke which moved the front of the canoe toward the snake. (This seemed like a good idea at the time) My serpent-crazed buddy was lounging in the front seat and still had not seen the approaching reptile.

When my old amigo finally glanced over and saw his arch-nemesis, now in arms reach, things got rather lively. It looked for the world like he had decided he could fly, and for several seconds I thought he was going to do that very thing. The speed at which he was flapping his arms reminded one of an excited hummingbird and for a hot minute, I fully expected him to rocket skyward.

The canoe, of course, was doing some gymnastics of its own and I watched all this fiasco figuring shortly we would both be in the water, with the snake. I was mentally calculating all the gear we would lose if the canoe turned over when the snake decided to show me just another reason why you can’t trust them. In one smooth, gliding motion the scaly varmint rose slightly off the water and slid right into the canoe, directly behind my frantic companion. Now my buddy knew he could fly and became airborne enough to go over the side.

How the canoe remained upright through all of that I will never know. Since we were only in about four feet of water my partner stood up and gave me a look like “Well, what did you expect me to do?” Leaning forward I scooped up the surprisingly docile intruder onto my paddle. Now I gave my friend a look that said, “All that, for this?” before slinging the snake far out into the lake.

Snakes are part of the natural world and we should not overly fear them. Nor should we let their possible presence keep us from going into the great outdoors. Most of the time if we see a snake we have the option of giving it a wide berth and wish him a good day. If you feel the snake is pressing the issue, you can walk softly and carry a big stick. I would say be extra careful if you come upon a snake while in a canoe, no telling what might happen. 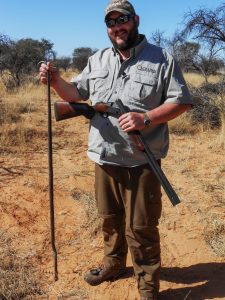 Larry - March 16, 2021 0
Let's talk about boots a little bit. I have said for years that in the hunting and fishing and outdoor realm, you can live...