Warning: Use of undefined constant full - assumed 'full' (this will throw an Error in a future version of PHP) in /home/bestwe60/public_html/gunsandcornbread.com/wp-content/themes/magaziner2-child-theme/header.php on line 26 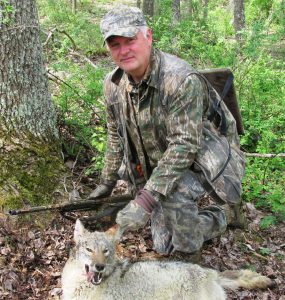 Hunter with a coyote taken while turkey hunting.