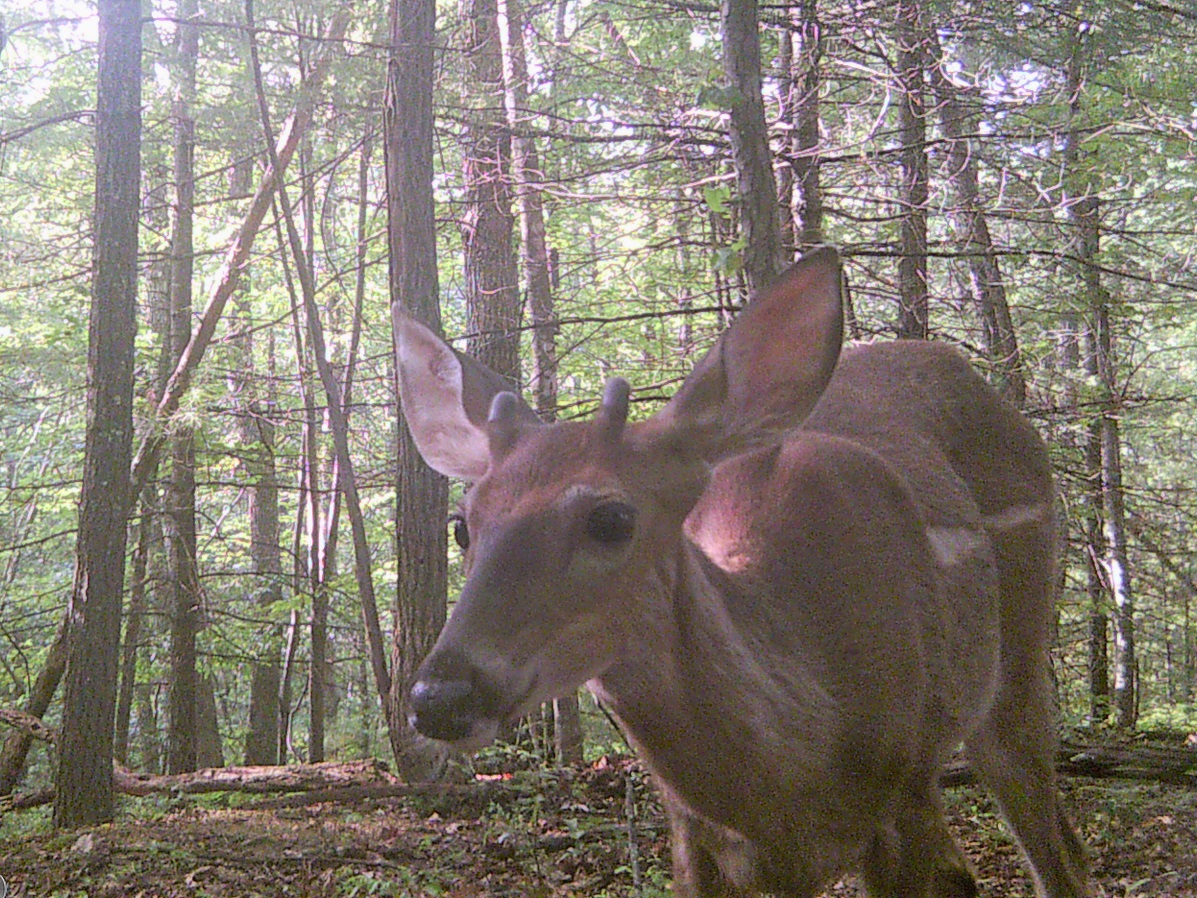 Sorry, But I didn’t have anything to write about this week.

I really apologize for all this but I don’t have a thing to write about this week. I did hear the first jar fly the other day. I usually hear one right around the fourth of July and somehow it signals to me that summer is on the down side when really it has just started on the calendar. What is a jar fly? Probably most of you know these bugs as a cicada, they are in the family of the big noisy insects that show up every seventeen years in hordes and everybody goes crazy for a few weeks and wonders where all these bugs came from.

The seventeen year cicadas pile up for several days, the bass and the catfish and the turkeys eat a lot of them and then they disappear for another seventeen years and everybody forgets about them again. The regular cicada, the jar fly, shows up every year right around Independence Day to remind me what time of year it is. I have no idea where the jar fly name came from.

We hunters tend to morph into a strange form of summer hibernation this time of year. We gripe about the hot weather and try to find diversions since we mostly can’t hunt for a few months. Many of us dabble in fishing, which I maintain is just hunting for fish. There is, however a lot going on this time of year in the great wide world that concerns hunters and I think we tend to forget this. So as always your sometimes humble outdoor scribe is here to remind you of what is going on while you are sitting in the shade with a dribble of sweat running down your back, hoping someone will get you another refill on your sweet tea.

The big news for the deer hunter this time of year is of course the bucks are in the middle of the horn growing cycle. OK, I know they are called antlers all right? But I just can’t resist calling what the male members of the deer family (and the female Caribou) grow on their head every year, horns. Other than disputing that someone saw a mountain lion on main street USA last week nothing seems to draw as much fury as calling a deer’s antlers horns. It’s just one of my many vices that I hope you can put up with.

Antler growth is one of the wonders of the natural world. Most deer drop their antlers in late winter and the regrowth process begins right away. From an attachment point on the skull, called a pedicle, a blood supply is established and a fuzzy vascular skin called velvet supplies oxygen and nutrients to the growing antler. Antlers in velvet are possibly the fastest growing tissue known to man and may grow as much one half inch per day.

Antlers in this velvet stage are soft and easily damaged, one reason you may see bucks with broken and odd shaped racks later in the season. By late summer when the antler reaches it full size, the blood supply stops and antlers harden into bone. The velvet dries up and is shed when the bucks rub their antlers on trees and brush as they prepare for the festivities of the mating season known as the rut. The rut, as you recall, is when all of the male deer and most of the male deer hunters go crazy for a few weeks.

Turkey hunters spend a lot of time during the summer months worrying and theorizing about what kind of hatch the wild turkeys had this year. Did we have too much rain? (Well, maybe, it has only been raining it seems for the past year) Did we have too much rain and cold about the time most of the turkeys were hatching? Again, maybe but I am not sure. I have only been watching this phenomenon for about forty five years and often what happens is we turkey hunters wail and gnash our teeth because no one is seeing any poults (little turkeys) about now. Then usually in early September or so people start seeing hens with broods of young turkeys and everybody settles down for a while.

While on this subject I think of what my long time turkey hunting buddy always says, “I don’t know why we worry about this so much, we are going to be turkey hunting anyway when season comes in whether there is a lot of turkeys or not.” Jerimiah Johnson would say “Sound wisdom.”

I wish I could say that this is all us hunters ponder on this time of year, but alas, it is not. I haven’t even touched on the mast outlook in the woods for this year. Mast is the natural food that is produced in the woodlands every year for all of the wild critters to live on through the fall and winter. Oak, hickory, walnuts, beech, and wild cherry make up most of the forage in this neck of the woods, but dogwood, grapes, ash, and thorn apple can be important. Late frost while the oaks are in bloom can be devastating and make for a hard winter for all the forest animals that depend on them. I think we are OK in this area on this point; maybe some of you will let me know.

Well, again, sorry I didn’t have anything to write about this week, Maybe I can do better next time. Let me know how many bucks in velvet and turkey broods you see out there, or any mountain lions shopping on Main Street.

A Rifle for the Ages, the Winchester Model 1894

Larry - December 15, 2018 0
Were it not for the Winchester Model 1894 rifle, and more specifically those chambered in .30/30 Winchester caliber, deer hunting in America might not...