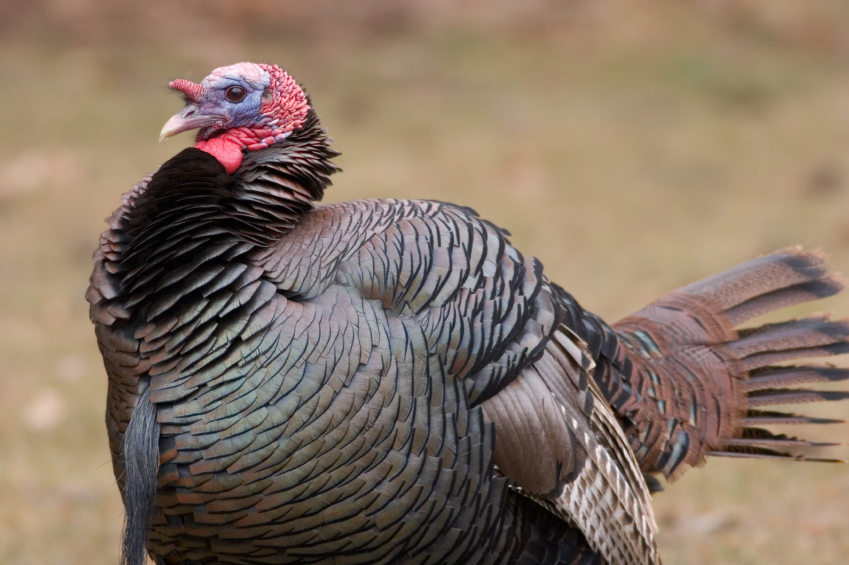 NEW STUDY REVEALS LINK TO SPRING TURKEY SEASON AND SEX, DRUGS, AND ROCK AND ROLL
Several states to study closing hunting wild turkeys in the spring
By Larry Case
In a landmark study published this week scientists and psychologists from twelve states, Canada and Mexico have disclosed findings indicating there are definite links between spring turkey hunting, sexual behavior, some types of drugs, and different forms of rock and roll music. Eminent psychiatrist Dr. Robert Joseph Clapper, representing the esteemed Wackenshut Institute, read from a prepared statement in a press conference last Tuesday.

“The members of the Wackenshut Institute that participated in this study know these findings will be a shock to many members of society”, Dr. Clapper said, “We, the members of the Wackenshut Institute, are scientists and only seek to gain knowledge through the examination of our data.” “We will have no comments as to the sensationalism that will be generated by this report.” Dr. Clapper went on to note that there were “definite” and “conclusive” correlations between the hunting of wild turkeys in the spring and certain forms of sexual behavior. Dr. Clapper said that the study, which was conducted from February to late May of 2015, was “exhaustive” and five members of the Institute resigned during the study and several reported “extreme fatigue” and sleep deprivation.

“We saw many relationships between spring hunting and the mating rituals of the different species of the wild turkey.” he noted, “The overall behavior of the birds during this time period was to be blunt, appalling.” “To witness that level of sexual energy, usually so early in the morning, was frankly too much for some members of study.” Dr. Clapper revealed that some members of the team fainted during these encounters and there were two scientists that received injuries while filming gobblers (the male turkey) fighting for dominance. When asked about the members injuries, Dr. Clapper said that they were “flogged.”

“Ironically,” Dr. Clapper reported, “We saw the exact opposite behavior in our human subjects for the study.” “There were 313 hunters in our study group, 311 males and two females.” Clapper noted the female participants agreed to the study only if they could hunt together and separate from the male subjects. “They alluded to past bad experiences while being around male subjects during this season, noting the males would often exhibit severe irritability,  excessive intestinal abnormalities, and a general lack of personal hygiene.”

“The human males exhibited almost the exact opposite in sexual behavior as compared to the turkeys.” Dr. Clapper said. “We definitely recorded a marked decrease in romantic activity with the subjects significant others.” “The results were in fact quite remarkable” he said, “97.4 percent of the subjects were found to have less than .3 percent of normal sexual activity during this time.” Dr. Clapper reported that his team had periodic contact with the hunter’s wives and girlfriends during this study and many of them returned their surveys and simply recorded “Wish turkey season was in all year.”

In other areas of the study, Dr. Clapper said there were definite correlations between the spring hunt and certain types of drugs, “We saw the extreme abuse of caffeine, almost around the clock.” He also said that as the season progressed, the abuse of this drug increased proportionately. Dr. Clapper noted that by the end of the season in Alabama, one particular participant seemed to be surviving on coffee and Little Debbie cakes (Fudge Rounds).

Numerous other drugs were observed being used, Tylenol, aspirin, and Pepto Bismol being the most popular. In Arkansas and Virginia, Dr. Clapper reported that three different gatherings of hunters (known as “camps”), in the 55 and over age group reported a 73.4 percent increase in the use of BenGay. He also said that in certain other “camps” some of the subjects were observed drinking amber colored fluid that seemed to affect the subject’s behavior as the evening progressed. The members of the team endeavored to get an analysis of this fluid but after partaking of this fluid themselves the results of the analysis were found to be inconclusive, Dr. Clapper admitted.

As to the musical section of the study, Dr. Clapper said there was no doubt that certain forms of rock and roll music had a direct relationship to the hunting of turkeys in the spring. “Unfortunately, this was the hardest part of the study for the team to gain specific data on.” Dr. Clapper said, “The determination of the actual types of music was very complex,” he said, “Preliminary examination of the data seems to show a trend toward Lynyard Skynyard and ZZ Top in the southeast, some Grateful Dead as you go west, with a smattering of John Denver in Iowa and Oklahoma.” Dr. Clapper seemed incredulous as he reported that from Pennsylvania to Maine the most popular seemed to be Barry Manilow and Boy George.

“I want to be clear on one aspect of this part of the study,” Dr. Clapper declared, “The team saw definite links to the spring season and what we believe to be music on the videos recorded by some of the younger hunters.” “To be frank, all of this evaluation has not been completed; we will need more study to try to determine if the audio on these videos is in fact music.” Dr. Clapper said there was some consideration being given to the various strange gyrations and displays of what appears to be knuckle bumping and an odd form of male hugging after the killing of a wild turkey. He said that no explanation of this behavior was readily apparent.

In closing Dr. Clapper said he wanted to thank the members of the team at the Wackenshut Institute for all of their dedicated service on this “most arduous” of tasks. He noted that while he did lose some members of the team during this study, there were some who wanted to continue the study this spring. Of those, he said three were now wearing Mossy Oak camouflage year round and several were dipping Skoal and Coppenhagen.

News of the report’s findings ran like wildfire through various state agencies and the outdoor media. “This is a real shocker for us” said Manfred J. Robustonson, current president of the Amalgamated Alliance of Fish and Game Agencies. “Especially the sex thing, we are just not used to dealing with that.” Mr. Robustonson went on to say that he understood as many as 17 states were considering moves to discontinue spring turkey hunting as a result of the study. Those 17 states were contacted by this reporter but none could be reached by press time.