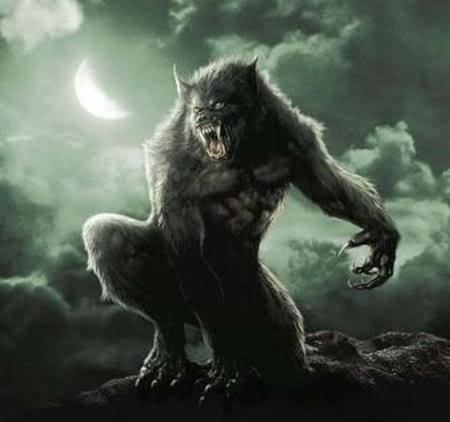 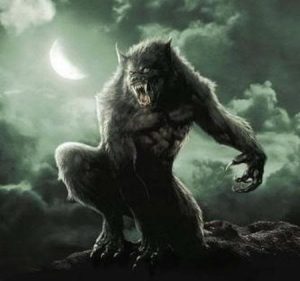 Here’s the deal, spring turkey hunting requires that you be in the woods long before the chickens get up and have their coffee. This is all caused by the fact that the turkeys themselves get out of bed so early, so if you want to blame anyone for the torture that we turkey hunters go through, blame the turkeys. And torture it is as we turkey hunters endure getting out of perfectly good beds in the middle of the night, driving dangerous back roads in the dark weaving around pesky deer, opossums, and other denizens of the dark who are just trying to make it home after a rough night out. Talking as much as I do about turkeys and turkey hunting as your faithful outdoor scribe, I get letters and emails about this subject as it is on many sportsmen’s (and women’s) minds out there.

The lack of sleep may be the number one issue that spring turkey hunters struggle with. As we have talked about here many times before, most spring gobbler hunters want to be in the woods listening for a turkey to gobble well before the break of day. This requires that you get up from a warm bed in the middle of the night and venture forth when the werewolves, vampires, and even more dangerous, sneaky deer that want to jump in front of your truck are out there skulking around. Turkey hunters deal with the sleep problem in different ways, most of which involve large amounts of caffeine.

I personally could not make it through spring gobbler season without coffee and lots of it. Some of the younger crowd seems to go for the energy drinks or Diet Coke at four in the morning. How they can drink these things at that time and watch for a werewolf is beyond me. I actually saw a werewolf drinking a Red Bull early one morning so I guess they deal with the same sleep issues.

The best thing to do of course is to get in bed early the night before and allow for a good night’s sleep. I don’t know of any turkey hunters that actually do this as it would mean hitting the sack at about five in the evening, which is just about the time most of the hunters in camp are getting wound up and telling turkey stories that you have heard at least five times since yesterday. I usually just drink more coffee and try to get a nap at midday (which never seems to happen). By the end of the season you are usually so worn out and grouchy that your friends, coworkers, spouse, and significant others have had it with you and turkey hunting for another year and may sign you up for some form of therapy.

Now we need to address that nap topic a little more as it is important. Many spring turkey hunters take a nap after a morning of hunting and feel that this is the only way to survive the season. In theory I agree but for many reasons it does not seem to work out for me. If I am in a hunting camp with several of my misguided turkey hunting friends, this is usually what happens. 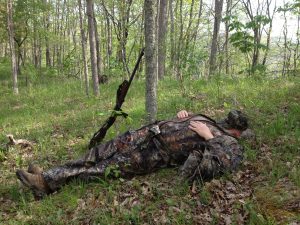 After returning from the morning hunt by around twelve noon or so, a large breakfast/brunch is usually prepared. After gorging on bacon, eggs, sausage, and maybe a fried bologna sandwich or two, the smart ones in the crowd sneak away immediately to hole up and nap. I am usually trapped by those who don’t seem to need a nap and want to tell the story about calling a gobbler up this morning for at least the tenth time and I can now recite from memory. This is about the time I feel the fog settling in on my brain and I know it is going to be long day.

Sometimes the best way to make up for missed naps is to catch up on them while you are in woods and supposedly turkey hunting. It is very common for turkeys to get quiet later in the morning, the gobbling seems to stop, and everything is on hold. (I have often wondered if the turkeys are taking a nap themselves) At these times I try to find a comfortable place to stretch out and call on the turkey call and then doze. The songbirds are singing and usually it is very peaceful. A draw back can be if a big gobbler sneaks in on you and gets spooked by all of the snoring, but it is worth the risk.

By the time season is over most of us make a big show of saying how sad we are about it. In truth we are overjoyed that we don’t have to get up at a ridiculous hour and stumble through the woods to hear a turkey, we can sleep like the dead for a few weeks and catch up.
Enjoy your turkey season, nap when you can, and carry a can of Red Bull in your vest in case you run into any grouchy werewolves.
Larryocase3@gmail.com                                        www.gunsandcornbreadnew.bestwebsitesinwv.com

Hunter Elliott - April 2, 2020 0
Originally posted on rangehot.com It was not that long ago I published an article talking about breaking in a rifle barrel, specifically a match grade...