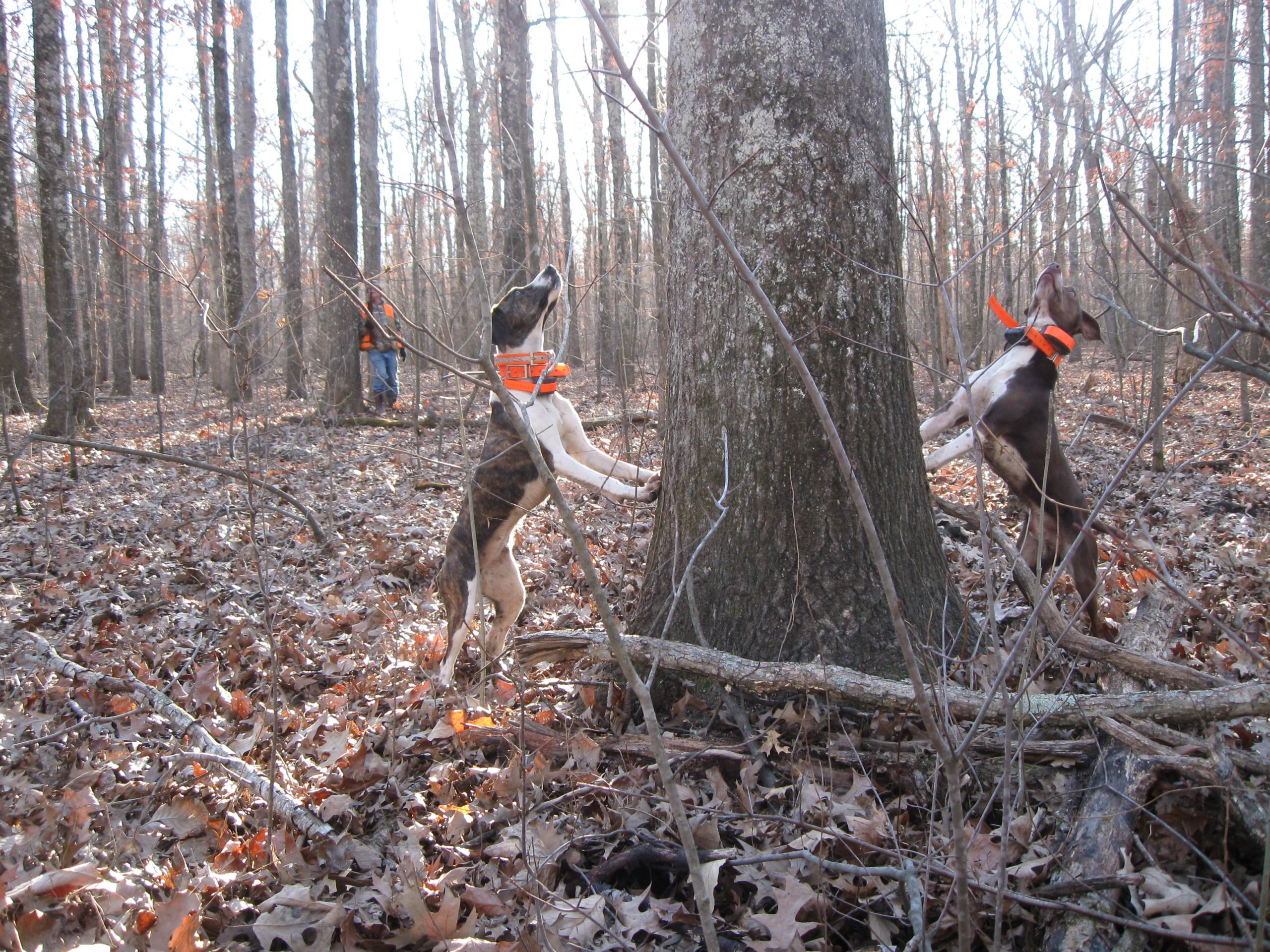 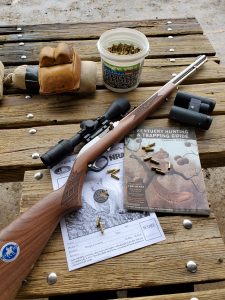 Squirrel Dogs and Marlin Firearms on the LBL

“Sailors to sea, travelers to walls and fences, hunters to field and hollow and the long voice of the hounds.” Thomas Wolfe

Kevin Murphy was disappearing into the woods in front of me. I could keep up but it wasn’t easy. I could hear the frantic barking of the dogs far ahead of us, they were treed, they had a squirrel pinned down, and they were pleading with us in squirrel dog language, “Get up here quick!” This wasn’t the first time I had been squirrel hunting by a long shot, and not the first time I had been chasing around after Murphy in his home woods of western Kentucky. But I felt the old familiar pull, the excitement in the dog’s voices; the pull a hunter feels when the dogs have game treed, a pull that is as old as the woods we were running through. 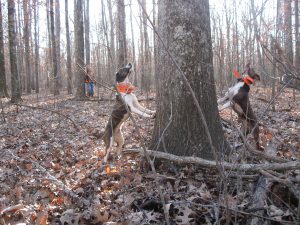 Last week I spent three soggy days in the Land between the Lakes in western Kentucky. Soggy because we choose to hunt there when most everything was flooding, but you can’t do much about the weather. The Cumberland River runs parallel to the Tennessee River here, and somewhere in the 1940’s the Tennessee River was dammed and Kentucky Lake was formed, Lake Barkley was created when the Cumberland River was dammed in the 1960’s. The lakes themselves are massive and offer sportsman boatloads of opportunities in the hunting and fishing realm.
In days of yore, if local hunters were going to this area they would say they were going to hunt “the land between the rivers”. With the formation of the two lakes it became “The Land between the Lakes”. (LBL) The Land between the Lakes consists of 177,000 acres, it is a National Recreation Area controlled and administered by the National Forest Service. The largest and northern portion of this area is in Kentucky and the southern portion is in the state of Tennessee. Sportsman can hunt deer, turkey, rabbits, squirrel, and waterfowl. This is where our buddy comes in, the “King of the LBL”, Kevin Murphy. 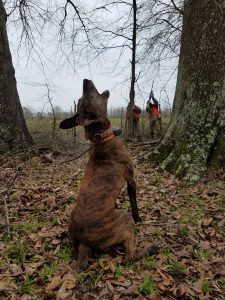 Mr. Murphy was hosting some friends of ours in the outdoor industry, Eric Suarez, with Remington and Marlin Arms Company, Devin Feese, a test lab engineer with Remington, and Jay Pinsky, editor for the Hunting Wire website. (www.huntingwire.com) We all met at Paducah, Kentucky and were at the mercy of Kevin Murphy as he ran us around the hills, swamps, and hollows of the LBL.
Eric and Devin brought along two of Marlin’s latest offerings, a 150th Anniversary edition Model 60 .22 rifle, 2020 marks 150 years for Marlin Firearms, and a totally new Marlin 1895 lever action .410 shotgun. (www.marlinfirearms.com) We put these guns through the mill following Kevin’s two squirrel dogs, Butchie Bad-Toe and Brownie, as well as my little Mountain Cur squirrel chaser, Dotzie. When the rain would give us a break we released the dogs on to the vast acreage of the LBL and followed them and Kevin as best we could.

Mr. Murphy has hunted, trapped, fished and roamed this area since he was eight years old. He has an intimate knowledge of most of the nooks and crannies of this wonderful area. If he wasn’t chasing bobcats with hounds, rabbit hunting with beagles, or spearing suckers in one the creeks in the spring, he was probably pursuing his great love, squirrel hunting with a canny little fiest dog, or maybe a cur. I have to share a couple things with you about hunting with Kevin Murphy, he carries a hunting horn with him on every hunt, the kind hunters used to blow on to call their hounds. At the start of each hunt, before you step into the woods, he blows a long note on the horn and he says the same thing every time. “The hunt has begun! They have been given fair warning! If they get kilt, it’s their own fault!” It’s classic. 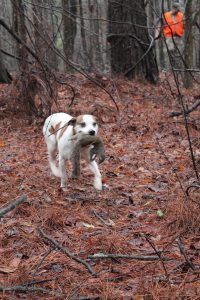 The weather was definitely not conducive to stacking up a lot of squirrels, but we made the best of it, during a long monsoon on Wednesday we found shelter under cover at the public shooting range and put the Marlin .22 rifle and the shotgun through its paces by firing many rounds. No complaints from anyone how they performed, and when the rain subsided for a while, we were back in the woods as our canine posse tried their best to show us some bushytails. A good time was had by all.
I have hunted with Kevin Murphy several times on the LBL; I’m going back the very first chance I get. The pull of the dogs, crying for us to get to them and the game they have found, is too much to resist.
Maybe it won’t be quite as soggy next time and I can keep with Mr. Murphy a little better. 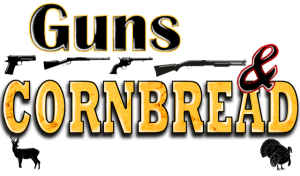