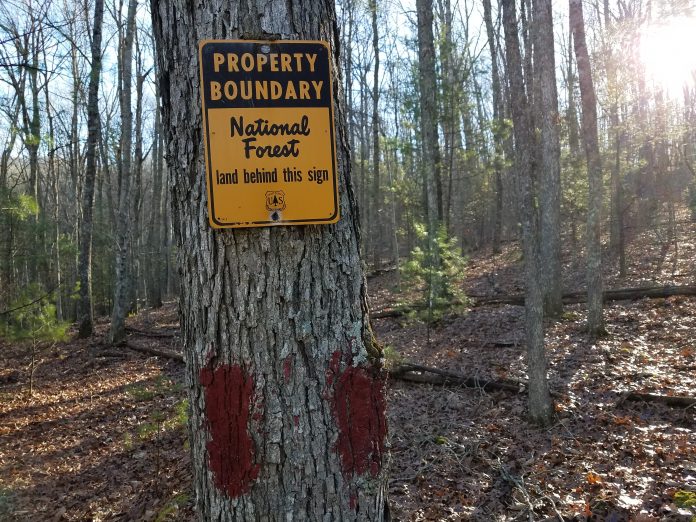 In last week’s episode you may remember our hero and his friends were trapped in a box canyon and the bad guys were shooting hot lead at them and things did not look good. Then, in a stirring show of bravery Rin Tin Tin, the courageous German Shepard, broke through the bad guys in a hail of gun fire and brought back the calvary. No, wait, that wasn’t the last episode of this column, I stayed up too late watching old westerns last night, sorry.

I believe I did speak to you about dove hunting last time and part of that was about public land. We are blessed with an incredible amount of public hunting land in this great country, the actual numbers are a little staggering. We have millions of acers of public land that you can hunt on in the Untied States, most of it is wide open, if season is in you just get a hunting license and go. My home state of West Virginia is not that big compared to other states but has an incredible 1 ½ million acers of public land where hunting is legal. 1 ½ million acers? That is state Wildlife Management Areas, (WMA) State Forests, National Wildlife Refuges, and National Forest. When you get out the map and go online and check out what is really out there it pretty amazing. So, is there a problem? Well yes and no.

Come with me for a moment down memory lane for a spring gobbler hunt not that long ago. I had been chasing and playing chess with a particular loudmouth turkey on a rough hillside for over two hours. I would call, he would gobble, and this went on and on. Every time I would move, he would too, I would slither from one position to another like and overweight timber rattlesnake. Once I thought I had finally got in a place where he was going to make an appearance. He was close, just on the other side of a small roll in the hill and I was twisted up in a painful pretzel, pointing the shotgun in his direction while a couple of late morning gnats performed surgery on my ear. I stayed in this tortured position for over thirty minutes while his gobbles shook the leaves around us. Turkey hunters out there are very familiar with all this.

Finally the gobbler made his way up hill from me and onto what appeared to be a small flat on the hillside. I was thinking this could be good if I could make it up to that area when a gun blast roared and ended our little rendezvouses. The gobbler went sailing down the hill headed for parts unknown, and he didn’t leave a forwarding address. I heard the hunter above me say something, but I slithered on out of there unnoticed.

Right about now some public land hunters are saying “So what Larry? That kind of thing happens on public land all the time.” And you know what? They are absolutely right. I related this sad tale to you to simply make a point. If you are going to hunt on public land (and I hope you do) be prepared to encounter other hunters and sometimes get your hunting experience messed with.

So here are a few tips that may help you on public land hunts.

Be prepared to meet other hunters and have a plan for when you do. We all would like to have some honey hole areas on private land where we are the only hunters present. If you have that great, but if you go to public land always assume you will see others there. I mean it is public right? You shouldn’t assume you will have the area all to yourself. (Although this does happen fairly often) To deal with this, don’t let running into others in your area ruin your day. If you decide to leave that particular area you should already have a nearby spot in mind. Get out of there and move to your second choice, more than once this has resulted in success or close encounters for my hunting crowd.

Get out there early, or not. One theory for public land success is to get to your spot way early, hopefully before other nimrods arrive on the scene. The thinking is you can get “way back” into the area ahead of your competition. This idea has some merit, and it may work in the case of some deer hunting scenarios when you get deep into the area and have later arrival hunters push deer towards you. The other side of this strategy would say that you arrive fashionably late, after others have been there for awhile and hit the woods. I tend to agree with this for deer and small game hunting as other hunters have moved out of the area closer to the parking lot and the woods have had a chance to quiet down.

Remember, it’s public land. More than once in these pages I have tried to remind you that hunting is supposed to be fun. Keeping this in mind, don’t spoil your day by going around worrying about seeing other hunters and getting mad when you do. Again, it is public land! Expect to see others but enjoy the day anyway. Lower your expectations, they should not be the same as when you are in your private land places.

Well I hope this helps a little. I will stay with my statement made here before that some of our public land areas have good hunting. There are places that have grown some big bucks and others that have good small game hunting, mostly because these areas are underutilized, not many people hunt there.

O yeah, I did get back after that ol’ gobbler I told you about earlier. I heard a turkey in the area, but I don’t think that Ben Rodgers Lee incarnate could have called that turkey in on his best day!

It’s All about Family at the Youth Day Hunt.

Larry - November 27, 2018 0
Nothing in this world is more important than family. Some of us are fortunate in that we are made aware of this early in...