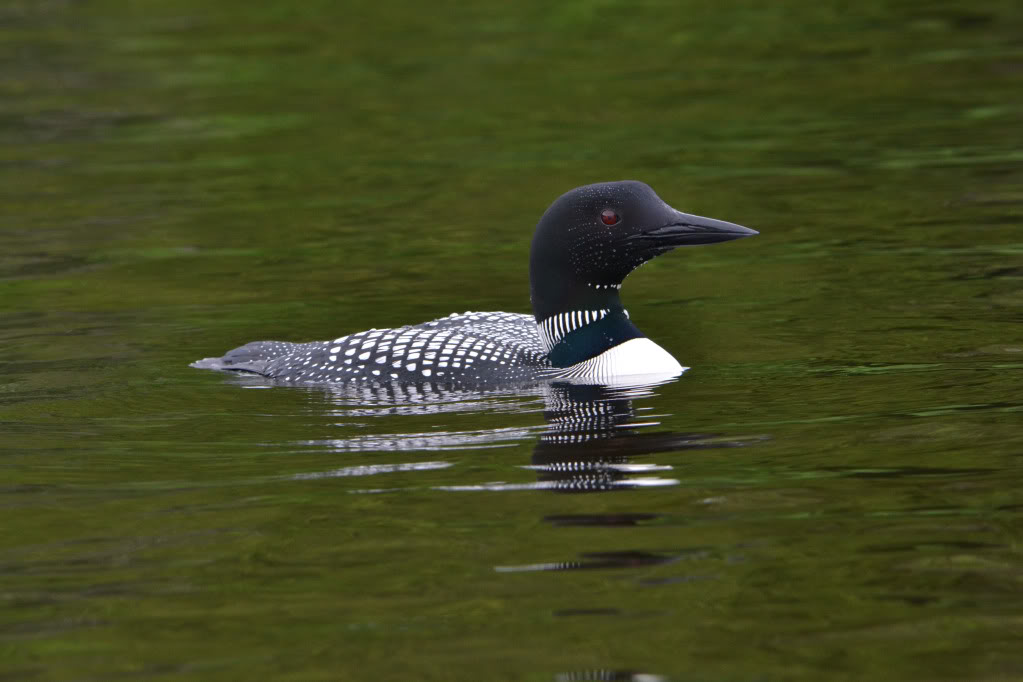 A Game Warden rescues an angry water bird and a group of deer hunters have a change of heart.

Driving down the winding Back Mountain road, Cheat Mountain looms to my right and the Greenbrier River is somewhere down the hill to my left. I am between Durbin and Cass, West Virginia. It is the Friday before the opening of the rifle buck season and you can feel the anticipation in the air. The year is 1987 and I am in my prime as a Conservation Officer for the Department of Natural Resources. As it often happens in life, I am living the dream, but don’t know it.

I have received a call to go to a deer camp about the retrieval of some type of animal or bird. As usual, the exact nature of the call is unclear. The call is a little strange for this time of year; as any call in November is typically about one thing-deer killin’. I pull up to the house that serves as a camp and it occurs to me that I have been here before. Odds are this group will not be happy to see me return.

I got out of the too small Chevy S-10 Blazer, (state contract, low bid), and surveyed the crowd eyeing me from the yard. It doesn’t take a PH.D. in psychology to see that this bunch has issues. About ten hunters are standing around stiff-legged in the yard, like a pack of dogs before they fight. “OK”, I think to myself, “this ought to be good”.

The leader of the bunch was situated in the front of the group, standing behind a large cardboard box. I asked if they had called about some animal that I needed to pick up, at which time the leader growls something to the effect of “Yeah, what are you going to do with this Mr. Game Warden!” He then proceeds to dump the box over and out slides a large, beautiful, and very angry looking, loon. A Common Loon, you know, the kind you see in the movies making that crazy call they have. I was more than a little surprised; I didn’t think we got that many Common Loons in Pocahontas County, WV. I remember thinking “Man, this thing is BIG.” It looked like it would weigh close to twenty pounds; the body was about thirty inches long. The loon had hard, red eyes and a “don’t mess with me” look.

Loons, as you may know, like all diving ducks and other similar waterfowl, sometimes get stranded on land. They need at least fifty yards of open water to skip along and get airborne. No water, they can’t take off. They are known of course for their wild, eerie cry. This guy, however, was not doing the cry today, he just looked like he was gonna get some payback.

The disgruntled group of hunters thought this was great fun; their fearless leader had dumped quite a problem on the ol’ game warden, how was he going to deal with this irate water bird? I stood and surveyed the scene for a minute thinking on my next move. I figured I would get no help from the group; they wanted to see the game warden getting whopped on by this fish-eating bird.

Then, as I stood and watched, one of those strange and wonderful incidents occurred that are all too rare in our lives. The sun broke through the clouds over Cheat Mountain; a ray of sun softly lit the scene in that deer camp. I thought I saw the Loon’s red eyes narrow; he drew back his head for a second and with his rapier like bill, speared the group’s leader right in the crotch of his blue jeans!

Things seemed to take on a surreal appearance. The leader of the group, now quite changed in demeanor, began a lively shuffle to and fro. His arms were spread wide and waved in circles, (this later became the main component of the dance) The legs were held wide as well, trying to counter for the weight of the terrible feathered pendulum attached to his fly that would NOT let go.

Loons, as you may not know, besides having a powerful spear like bill, have sharp projections in the roof of the bill (and on the tongue), slanting back. This is to keep a fish from escaping once they grab it; I can testify that these also work quite well on denim.

The leader shuffled and waved through his group swinging the dreaded appendage crying something like “O!”, “O no! O!” His former comrades exploded in gales of laughter, hooting, and general hilarity at the plight of their man. The poor guy looked over at me like, “Hey buddy can you help me PLEASE?”

After what must have seemed like hours to the loon dancer, we somehow grabbed the offending bird and extracted it from his blue jeans. (A somewhat tedious process) The offending loon was put back in the box for transporting, muttering obscenities all the while.

The climate of the whole scene changed. Several of the hunters did reenactments of the loon dance with laughs and back slaps all around. Many of them even shook hands with the game warden, including the leader. I left with the impression that maybe they didn’t think I was such a bad guy after all. I mean, how can you stay mad at a guy who helps to pry a crazed water bird off of the fly of your pants?

I went down the Back Mountain road with the loon in the back of the Blazer. I released him on the Greenbrier River and wished him well. I watched as he dipped under twice and paddled away. He was probably hoping that he would never again be involved with deer hunters, game wardens, or humans in general. One thing was for sure though, if he was ever captured again by a bunch of humans, he knew how to get their attention.

“So You Want To Be a Gun Writer Huh?”

Larry - December 29, 2017 0
Trust not too much to appearances. - Virgil Back when I was a kid, when we walked to school through ten feet of snow and...