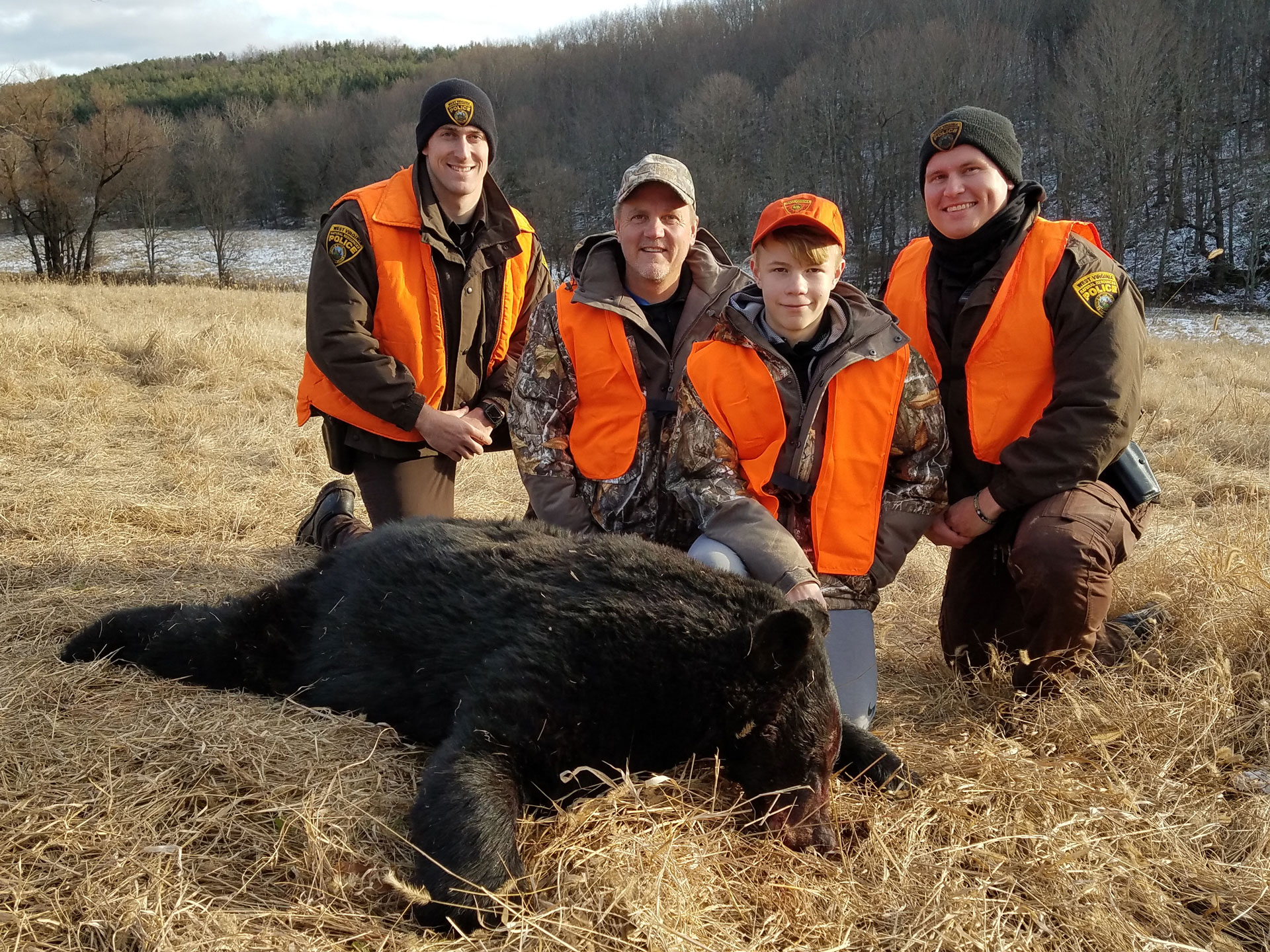 We live in a time of constant discord and strife it seems. Even in the Christmas season most people can’t agree on anything and seem to be looking for something to fight about. As I have said many times before this includes our ranks as sportsmen, hunters and anglers, we appear determined to disagree and bicker among ourselves about all sorts of issues. In the end this only hurts us as we strive to keep our hunting heritage alive.

It dawned on me the other day I may have found something we can agree on. For the past few years I have been telling you about a special bear hunt I have had the honor of being a part of in Monroe County, West Virginia. West Virginia DNR Officers join together with a group of local bear hunters and put on a hunt for young people hosted by the United Special Sportsman’s Alliance (USSA). Brigid O’Donoghue is the founder and CEO of USSA. ( www.childswish.org )

“The United Special Sportsman Alliance, Inc. is a nonprofit “dream-wish” granting charity that specializes in sending children and veterans with life threatening illnesses and disabilities on the outdoor adventure of their dreams,” Brigid told
me. “USSA adventures give patients something to look forward to and help sustain them in their time of need! Families are whisked away from the mundane, man-made world of hospitals, and medical bills by giving them a place of peace to focus on the quality of life and family ties. We hope to help empower all Americans to pursue their lifelong dream of an outdoor adventure.”

Brigid went on to say that generous corporate and individual sponsors help pay the associated expenses incurred by the recipient while attending the dream wish adventure. Thanks to the generosity of the all-volunteer team and sponsors, USSA has been able to grant more than 14,000 personal wishes since it opened its doors in 2000.

The wish-granting program is developed and implemented in a way that often the relationships that are created result in lifetime friendships and or an extension to their family. The personal involvement of those who partake in the hunt also gives a gift of compassion to these special hunters where they come away with long- term effects that impact them positively for the duration of their lifetime. The members of the hunt and families stay in touch by calling each other, exchanging Christmas and birthday cards and some will even travel out of state to visit. “So really the hunt never ends,” Brigid said.

Like I said part of the group that puts this special hunt together is DNR Law Enforcement Officers from District Four in West Virginia. One of the Officers, Dusty Allen, who is stationed in Monroe County, told me about meeting one of the hunters on the 2017 hunt, Shaun O’Brien.

“Shaun had been in remission from beating a form of aggressive bone cancer and had conquered it through the donation of blood and bone marrow; hence the shirts we wore in his memory this year. On the day of the hunt in 2017, I got to know a little about Shaun and where he was from,” Officer Allen said. “Shaun was an avid outdoorsman from Iowa and a genuinely good kid. I joked with him on this day, that since he killed a bear in my home state of WV, that he would have to take me on a hunt and kill one of those big bucks that Iowa is known for. He smiled and said that it was a deal. A couple months passed and I received a message through Facebook from Shaun’s mother Carrie. The message stated that on February 9, 2018, Shaun had a relapse of Leukemia and was in the hospital awaiting his second bone marrow transplant. Carrie said that Shaun had wanted her to reach out to me and to tell me that he wanted me to know that he was going to get healthy so that he could take me on the Iowa hunt that we had made a deal on.”

“Carrie also gave me Shaun’s phone number and said that I could text him if I so wished,” Officer Allen went on to tell me. “Of course, I did. In the next few months, I would text Shaun. I would tell him my current stories of being a game warden and send him pics of antler sheds I would find and some jokes to try to keep his mind off the horrible situation that he was going through. Unknown to him, my son was stillborn 2 weeks after I found out that Shaun had Leukemia again.  This put me in a dark place, but Shaun helped me and didn’t even know it. I was really rooting for Shaun to beat the cancer. He was such a good kid. In my head and I know it sounds crazy, I felt that since I lost a child, Shaun would get better and it would somehow balance life out. Unfortunately, life is not always what we want. On June 3, 2018, Shaun lost his tough fight with cancer. I reached out and sent my condolences to Shaun’s mother. I told her about my situation as well and I’m sure we both shed some tears as her reply was as heartfelt as mine. Carrie continues to honor Shaun’s memory through his Facebook page, Shaun Strong, as well as the shirts that we wore in the photo of the 2018 hunt. She is active in cancer organizations and spreading the word on donating blood and bone marrow. These hunts are definitely the most rewarding opportunity that a person such as me could ever wish to be a part in.”

The bear hunt was held again this year and two great young men, Camden Aho and Tyler Hill, both from South Carolina, were the hunters. Camden took a nice bear and Tyler hunted hard the rest of the day but two different bears eluded us before he could get a shot. The bear hunters, under the direction of Kish Justice, have already made arrangements for him to return this month and try again! As hunters and sportsmen if we cannot learn from the example of Shaun O’Brien, Officer Allen, the USSA, and all of the wonderful people that make these hunts possible, we are without hope, and I don’t believe that. Look around you and see what you can do, the possibilities are limitless.

When we as hunters and outdoorsmen join together with those that need us, the hunt will never end…..

Hunter Elliott - April 2, 2020 0
Originally posted on rangehot.com It was not that long ago I published an article talking about breaking in a rifle barrel, specifically a match grade...

Larry - January 29, 2019 0
[youtube https://www.youtube.com/watch?v=LaK2PQTP-pI&w=600&h=315] Unless you have been living under that proverbial rock as a turkey hunter you know that the latest trend is shooting Tungsten Super...