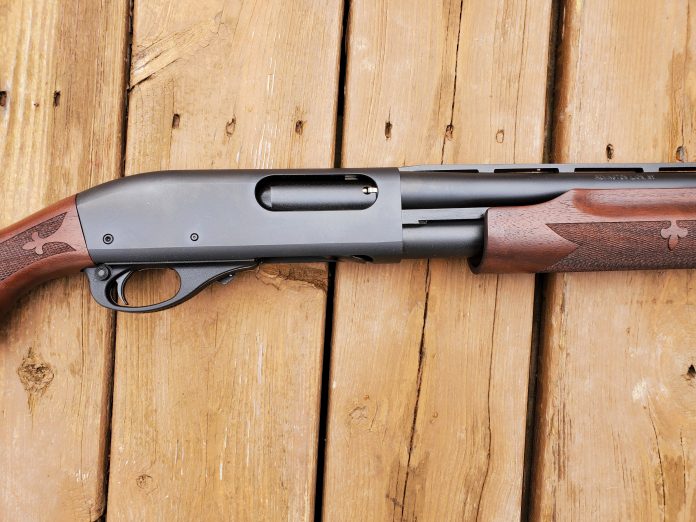 Gun writers, I have been told, are supposed to be stern, hardhearted, and insensitive. They are to call it like they see it on the merits, or lack thereof, about any firearm they are reviewing. Some of the most famous gun writers of old, Jack O’Conner, Elmer Keith, and Warren Page to name a few, were not really considered to have sparkling personalities if you know what I mean. If they didn’t like something they said it, be it a about certain gun or a person, and just to top it off since they were contemporaries of each other, gun writer lore tells us they didn’t care much for each other as well. I have always found the fabled curmudgeon traits of the old gun writers fascinating, which may be just another glimpse into my warped personality but it’s too late to change now.

Now let’s get this part out of it the way. I write about guns, but I do not consider myself a gun writer in the genre of O’Conner, Keith, Page, or some others of the golden years of gun writers, I just don’t. It may be true that I will occasionally crank out something about a rifle or shotgun worth looking at, but I don’t put myself in the league of the giants. Just trying to keep it real folks.

Now more than once here in these pages I have told you maybe no other group is as romantic and nostalgic about the gear and accessories for our sport as we hunters and outdoorsmen. (Girls too, remember.) A favorite knife or firearm handed down from those who first took us afield is precious to us and usually cannot be bought for any price. Iconic brands of firearms have been imprinted into our psyche and are there forever whether we like it or not. Remington, Winchester, Browning, and Savage are some of the gun makers from back in the day we will always think about no matter how many new brands come along.

Proclaiming that any gun is the “best” or most popular is dangerous and will get you into arguments at the barbershop and hunting camp. Having said that, there is no doubt the       Remington 870 shotgun is the most popular and widely sold shotgun in the past fifty years. (Mossberg 500 fans will argue this.) All over America there are 870 shotguns stored in closets, behind the seat of trucks, and in the corner by the kitchen door. American sportsmen have taken everything from deer to ducks to turkeys with this old favorite.

Introduced in 1951, the 870 rose from the ashes of the Model 31. Remington sought to deliver a strong, dependable, modern shotgun at a moderate price, and that is exactly what they did. The original Wingmaster version of the 870, while tough, was very aesthetically pleasing, having deep bluing and glossy walnut stocks.

In 1987, Remington introduced the 870 Express line. These shotguns featured black matte finish on the metal and hardwood laminated wood or synthetic stocks and forearms. Sales increased with the Express and in 2009, Remington sold its 10 millionth 870, making it the best-selling shotgun in history. (Now over 11 million sold.)

Most of you out there know of Remington’s troubles in recent years and in the fall of 2020 they went through yet another bankruptcy and the company was divided up and sold at auction in several different pieces. The ammunition division of Remington was bought by the Vista Corporation, which owns Federal ammunition, and the Remington ammo plant in Lonoke, Arkansas, has been producing ammunition under the same Big Green brand for some time. One of the things shooters and hunters have trouble with on various forums and the Book of Faces is understanding the ammo side of Remington and the gun side are now separate and not connected.

One of the things I am apprehensive about for Remington is it was announced this week that thirty employees at the Ilion plant would be laid off for thirty days. If this is only temporary and not a major problem remains to be seen.

If I understand it right, the group that bought the firearms side of Remington, including the ancient plant in Ilion, New York, obtained only the firearms producing side of the company, without the copyright on the Remington logo and Remington name, so firearms produced there now will be known as RemArms. If I am corrected about any of this later I welcome it.

One reason I am vague about some of the particulars here is that I am unable to speak to anyone at the new regime at RemArms. If there is a PR side of the company, dealing with the media, I have not heard from them. Now to be fair I maybe understand those now producing guns at RemArms have spoken with gun writers higher up the totem pole than me. There have been reviews on the “new” 870 in some of the major venues and they have been largely complimentary. I welcome the chance to be contacted by the new company.

For those long time Remington 870 fans let me calm some of your fears and say I don’t think you will be disappointed by the latest version of the 870. I think most of you will find it almost identical to the old 870. Again, I am unclear on something, the early reviews of the gun called it the “Express” model, like the one produced since 1987. The 870 that I procured is called the “Field Master” and the best way I might describe it to you is it resembles something between the old Express model and the fancier Wingmaster that Remington made.

The wood on the new Field Master is dark and it looks good, the finish on the metal is a dark matte and resembles the finish on the previous Express shotguns, and I am told this new finish is more durable than the old models. The matte finish on the previous Express 870’s was notorious for being fragile and they would rust. If this new finish is tougher, it is very welcome. The checkering on the shotgun is pressed, as with many guns today, and includes the “fleur-de-lis” design reminiscent of the older Remingtons.

This is not a full blown, comprehensive review on the new 870, but more of an introduction, to let you know it is available. I had no function problems at all so far with the new 870. As some of you know, the first thing I require of any firearm is that it must go bang every time you pull the trigger. The Field Master did this without fail and cycled the rounds smoothly with several different brands of ammo. I am told the twin action bars on the action have been updated to function smoothly, again I cannot confirm or deny this, but this gun performed without a hitch. You can find one of the new Remington Field Master 870’s for around $400.00, (I paid too much for mine) if you are an 870 fan and want a new one, don’t be afraid to buy this new model.

So there is your first look at the new Remington 870. If you think I am a little biased towards Remington and want them to be successful, you are right. If this brief view of the shotgun comes from the heart as much as the head, I hope O’Connor and the boys from the past can forgive me.