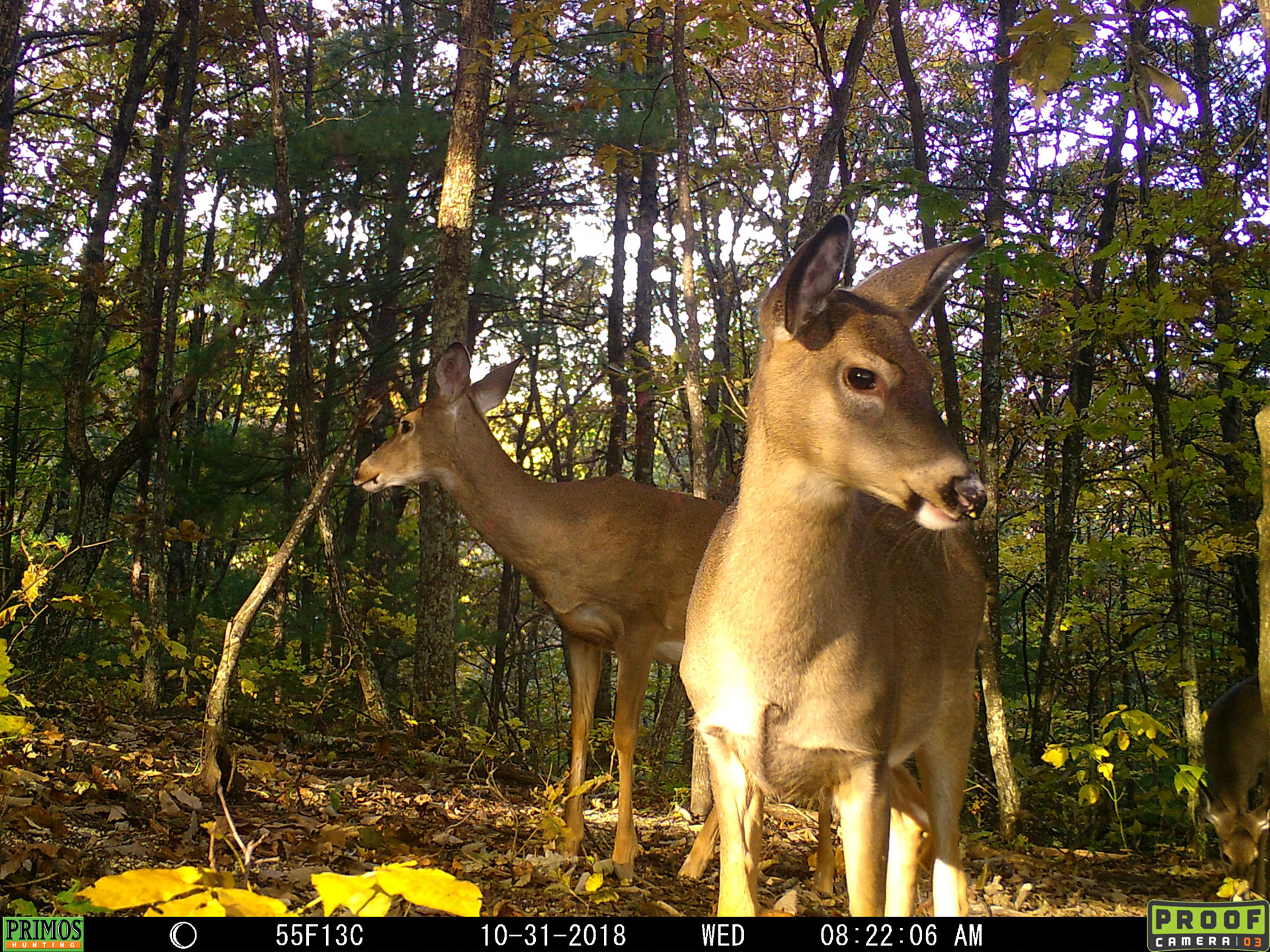 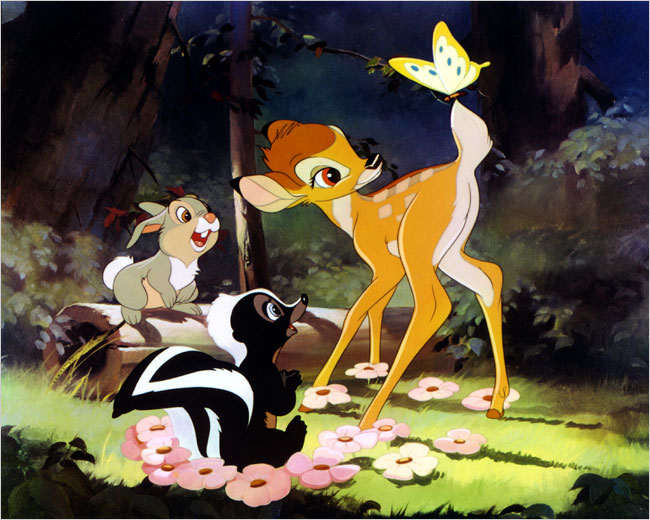 Bambi didn’t do us any favors. In the 1942 animated film produced by Walt Disney there was lots of beauty and wonder and plenty of giggles for the kids and cuteness by the truckload. I saw it as a kid and I am betting that most of you reading this did too. For many of us it may have been the first time we saw animals depicted with human characteristics and voices. If you are six years old and see Bambi for the first time, you come out of that movie believing that forest chums like Thumper, Flower, and the wise old owl get together and have fun times and for little kids that is OK. You also come out of the movie thinking that hunters are absolutely the bad guys.

As humans we are suckers for anything cute. Who doesn’t like little puppies? It is reported when work began on the film Bambi Walt Disney wanted the deer drawn true to life. Two fawn carcasses were shipped in and dissected for the
artists so they could depict the structure of the animal realistically. The original drawings for the character were said to be very realistic, but there was a problem.

They weren’t cute enough to tug at the heart of the public. The artists went back to the drawing board and came back with a much cuter Bambi with a now famous process for drawing characters that we will automatically be attracted to. The head is enlarged and the eyes are drawn much bigger than on real animals, Bambis’ nose was also shortened to give the “baby” face look which was sure to draw in the public. Again, we humans cannot resist this look.

The “Bambi Syndrome” has been very well documented down through the years as it has fed the anti-hunting movement. Even before the film was released, Ray Brown, who was the editor of Outdoor Life magazine, sent a telegram to Disney pointing out how unrealistic the film was and bemoaning the terrible way sportsmen were depicted. One year after Bambi was released wildlife conservation icon Aldo Leopold called for a doe season in Wisconsin to reduce an out of control deer herd. The season was cancelled as a result of public outcry; many believed it was a result of the movie.

So what we have now is at least three generations who have been exposed to Bambi and many will admit the film helped shape their views on hunting and so called animal rights, most notably perhaps former Beatle Paul McCartney. This is a very complex issue, and I am not saying that everyone that saw Bambi went on to become anti-hunting, but there is no doubt that incidents which have a profound effect may stay with us for the rest of our lives. When you are six years old and
witness Bambi’s mother getting killed you are going to remember it for a while. The base problem here folks is that Bambi is not real. Many of us want it to be, but it simply is not. Deer and rabbits and skunks don’t talk to each other and if a doe deer is killed the buck does not help raise a fawn that is just the way nature is. Another root of all this is that the farther our public gets away from wildlife, the less they understand it. Boys and girls I am here to tell you that most of our public has become far removed from wildlife and understand very little about it.

Hunter numbers continue to decrease and in general those who do not hunt know less about wildlife and conservation. I am afraid many of us don’t know a house cat from a wolverine these days.

My home state of West Virginia now has a little brouhaha going that is a perfect example of this as lately there has been some protest concerning having a controlled bow hunt for deer on Chief Logan State Park in Logan County. For at least eighteen years the West Virginia DNR has permitted and organized controlled deer hunts on state parks where overpopulation has become a problem. Whitetail deer can be their own worst enemy at times in that they will literally eat themselves out of house and home. Most hunters feel that allowing licensed hunters to take care of this problem is the best solution and I agree.

Why not live trap and relocate deer from overcrowded parks? Why not institute birth control measures on the parks deer herd? (We have all seen reports of this being done in other areas) Just to be blunt about, these methods don’t work. Live trapping deer in any numbers is not easy and the whole operation is very costly.

About the same goes for deer and birth control, it doesn’t work. Some states and municipalities have used companies that specialize in killing and removing deer. Baited areas and trained marksman with suppressed rifles can be very effective, it is also very expensive and I have seen estimates on cost anywhere from five to seven hundred dollars per deer. Who is going to pay for that? Most hunters don’t think state funds and license money should be used for this when hunters will pay to take care of the problem.

The Governor of West Virginia has called for a temporary halt on the controlled hunt at Chief Logan State Park. I hope this situation is temporary and the controlled hunt is allowed on Chief Logan as it needs to be. The problem here folks is that this incident is bigger than just the hunt on Chief Logan. Not allowing this deer hunt, one recommended by our state wildlife biologists and voted on and approved by the DNR Commission, could be a dangerous precedent. If this hunt is stopped what about the next one? These hunts have been going on for almost twenty years and there has never been a problem that I am aware of.

In case you didn’t know this is how anti-hunting groups work, they don’t try to ban hunting in one fell swoop, they chip away a little at a time until they reach their goal. The anti-hunting groups are very well organized and funded, time and public sentiment could be on their side. There is only one way at this point for this issue to be resolved to the advantage of the conservation minded men and women of our state, the hunters who always do their part and fund all wildlife concerns, not just for the animals they want to hunt.

How we feel about Bambi aside, if we lose this one we may lose a lot more.

Larry - April 13, 2020 0
Ramps- An Appalachian Delicacy  by Makayla scott   I absolutely love learning about my family culture and old ways from the past. If you are born in...