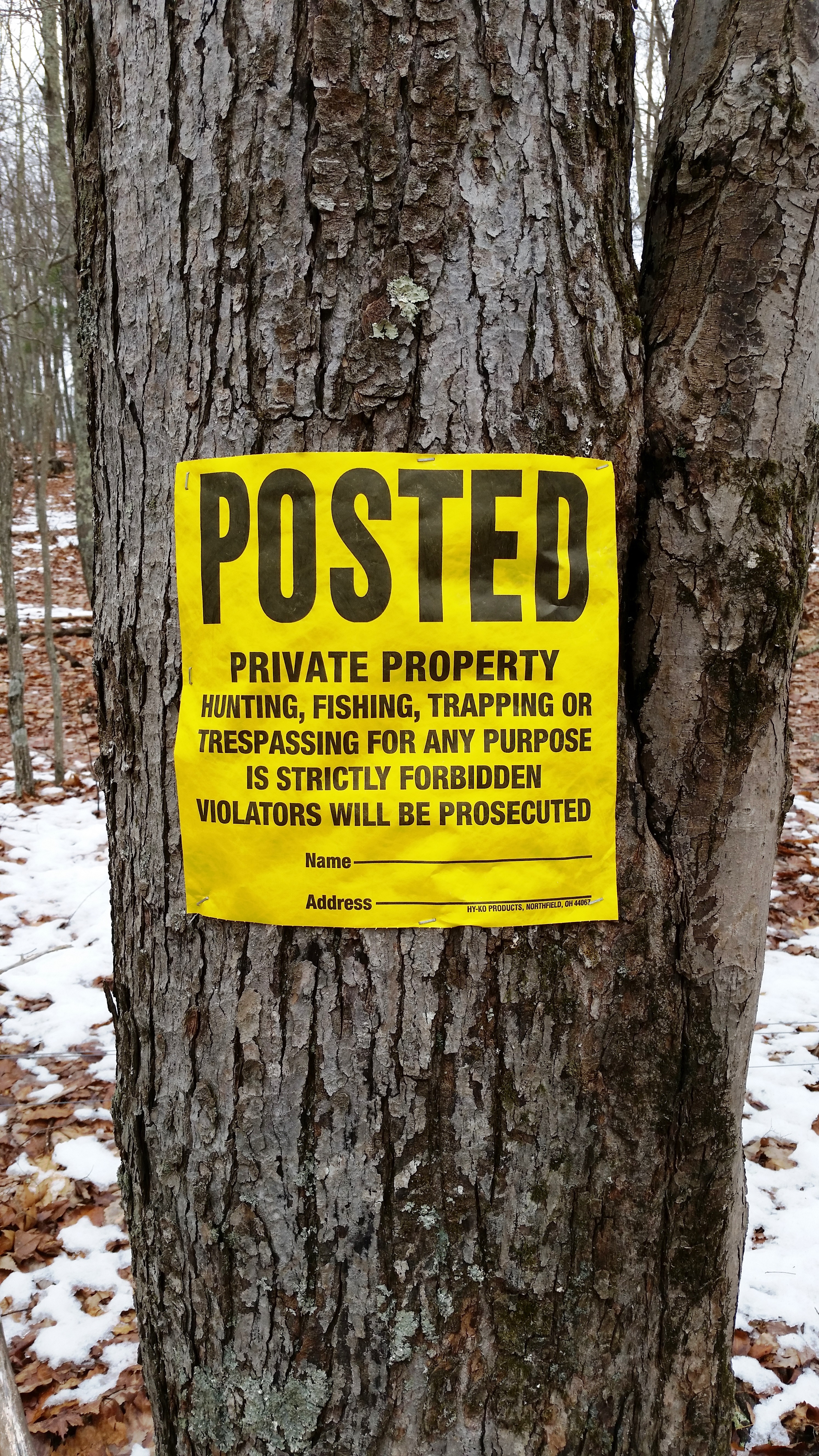 “Trespassers will be shot, survivors will be prosecuted”-No trespassing sign

Besides what caliber makes the best deer rifle, whether the spring gobbler season is early or late, or why doesn’t the state stock bigger trout, maybe nothing in the hunting and fishing world can cause as much discussion and drama as hunting on private property.

Like politics, people’s views on this subject range from the Alpha to the Omega. I dealt with this issue for over 36 years and saw a few things if you know what I mean. I witnessed some individuals who would routinely post land that did not belong to them. I also saw (and I am not making this up) some intrepid hunters who hid in hollow logs and outhouses (no, not the top part), to avoid being caught.

I came to know a whole faction of hunters that reveled in hunting on private and posted land-land that they knew good and well they were not supposed to be on. It was part of the game for them, besides pursing deer or turkeys; they were sometimes pursued themselves, and seemed to enjoy it. One group in Virginia called it hunting on “hot ground”.

Ok, let’s be clear here, I am not advocating or endorsing hunting without permission. I am just letting you know about some of the things I used to run into out there, and I am sure that Officers in the field still do.

One of the attitudes I used hear about on this subject went something like this. “My daddy and I have hunted here since I was a kid, we have always hunted here, I don’t care who owns it I’m gonna keep hunting here!” I always tried to explain as politely as I could (at least at first), it didn’t matter how long you have hunted there, if someone else owns it brother, you have to have the landowner’s permission!

Currently in the good ol’ U-S of A, about 29 states require landowners to mark or “post” their land to exclude hunters. Some say that many trespassing and hunting without permission laws favor the hunter over the landowner, and this idea came from the days when Americans wanted to ensure that all people had access to hunting, not just the ones with wealth and land. Believe me when I tell you there is no winning this argument, most hunters and landowners alike do not like the current trespassing laws. I finally got to the point that I would tell them to call the people they elected and sent to the state capitol. If they wanted the law changed, tell them.

So here is the obligatory disclaimer. Are you ready? Check your local laws and regulations! Get it from your states Department of Natural Resources, Fish and Game Commission or equivalent. Don’t listen to the guy at the barber shop, your buddy at work, or the kid behind the counter at Wally World. Almost every state is different.

Moving on to the Mountain State of West Virginia, land must be fenced or posted for the hunting without permission law to be enforced, and the permission is supposed to be written. If the land is not fenced or posted however, you could be in violation of trespassing laws. My point is these laws vary all over the map, make sure you know the deal for your area.

You know by now that I like to keep things simple. How about just finding out what the law is for private land in your area and abide by it? Personally, I never wanted to hunt anywhere unless I knew that I was entirely welcome.

Before I go, just in case you are wondering about that clever fellow that hid in the basement of the outhouse while trespassing? Yes, I did catch him, and no, I didn’t put him in my car. Sometimes even the game warden practices catch and release!

Larry - February 16, 2019 0
https://youtu.be/vzGTYf4uq-U Dallas Nelson at TriStar Arms tells us about the TriStar Viper G2 .410 Camo. If you are looking for a moderately priced semi auto...

Larry - December 27, 2020 0
CLICK ON THE SILENCERCO LINK BELOW TO SEE STORY!! Makin’ Meat with the SilencerCo Harvester 300 - SilencerCo