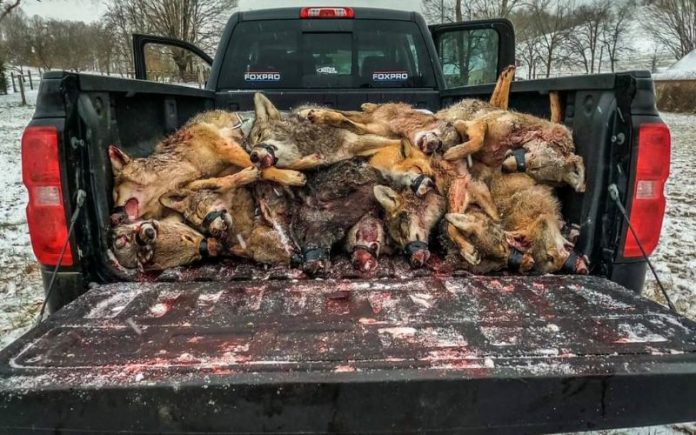 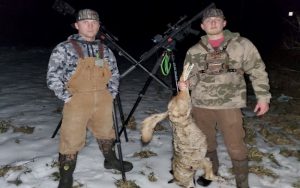 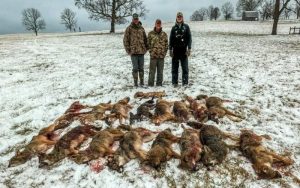 The Way We Were.

(Or, should we shoot predators on sight?)

Most of us would agree there is a lot of difference between a grizzly bear and a chicken hawk. Now right away some of you regular readers (I think there are a few of you out there) are thinking “That is a weird statement, where is he going with this?” but stay with me here class.

Our views on wildlife predators and how we deal with them have changed drastically in the past fifty years.

There was a time when a lot more people raised chickens. (I think we are seeing an increase in this) Almost any avian predator that was a threat to your chickens was called a “chickenhawk”. Having an interest in such obscure things, I think it was usually the larger soaring type hawks such as the Redtail hawk and the Broad-Winged hawk that were referred to as a “chicken” hawk. In truth though, any hawk that raided your grandmother’s chickens was called a chicken hawk. (Things were a lot simpler back then)

Back in the day, any predation of the livestock on the family farm was usually met with a quick application of hot lead. This procedure was thought of as absolutely necessary, and no one questioned it. The chickens, pigs, and beef cattle were raised for food for the family and to sell for much-needed income. Wild animals that endangered the domestic stock were not tolerated, the survival and welfare of the family came before the predators.

The gray wolf was the first predator to be taken off the map east of the Big Muddy. As early as 1630 the residents of the Massachusetts Bay Colony could get cash rewards for killing a wolf. A bounty system on wolves lasted in various forms in some states through the 1960s. Bears fared not much better and the black bear in the east remained at low numbers until modern conservation practices brought them back in recent years. The black bear is now flourishing in most of the Appalachians.

Birds of prey were handled much the same way for many years. The basic way of thinking was any bird or animal that may kill domestic animals the farmer was raising, or if the predator would take game animals and birds the human hunter thought of as beneficial were often shot on sight. In today’s climate of conservation and protection, most of us shudder to think of anyone shooting a bird of prey be it a hawk, owl, vulture, or heaven forbid an eagle. Bald and Golden eagles have been protected by federal law for many years and the population of these birds has soared, eagles are now seen in many areas of the eastern US where they were unheard of a few years ago. 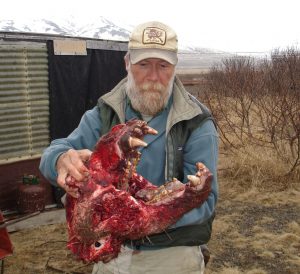 The grizzly bear had a similar experience as the wolf west of the Mississippi River and has been eliminated from most of its former range. This brings up the realm of the animal that is dangerous not only to domestic animals on the farm but to humans as well. From the time of Lewis and Clark the grizzly has been known as an animal that sometimes has no problem taking on any humans they come upon, armed or not.

The grizzly has been in the news more often in recent years as their numbers have increased in two areas, the Greater Yellowstone Ecosystem, (Montana, Wyoming, and Idaho around the National Park) and the area in and around Glacier National Park. Grizzly bears are now being seen and encountered in areas of the west where they were unheard of some years ago. The downside of this is that bear attacks have increased.

The grizzly was delisted, which is taken off the Endangered Species Act (ESA) a few years ago which made it possible for the state fish and game agencies to institute a limited hunting season on the bears for the first time in over fifty years. A long legal battle ensued, the proposed season in Montana was postponed by a federal judge at least twice, and finally, in 2018 the same judge ruled the US Fish and Wildlife Service had incorrectly taken the grizzly off the ESA and canceled the hunt altogether. Ironically, shortly after the grizzly hunt was canceled an elk guide in Wyoming and two clients were attacked by three grizzlies and the guide was killed. (I have written more than once about the saga on the grizzly problems and the attempt to have a hunting season, some of that story can be seen here: Politics and Grizzly Bears Don’t Mix Part III – Guns and Cornbread )

Now folks I am not writing to you in this article to sway your thinking one way or another about what wildlife should be controlled and how. You know that I just like to point out the situation in the hunting and outdoor world and let you argue and fight about it at the water cooler and the barbershop. Our predator numbers are higher now than they have been since your Poppaw’s time. We have never had as many raccoons, foxes, opossums, and skunks as we do in the wild right now. We could start another good argument on that cunning predator, the coyote.

To even mention the shooting of a bird of prey like a hawk will get you hate mail and I have the emails to prove it. We have more hawks now than you have seen in your lifetime, some say this is one reason for the low numbers of ruffed grouse and bobwhite quail. Am I advocating the illegal shooting of birds of prey like hawks? Absolutely not, I am just making an observation that we seem to have more hawks now than grouse.

Lastly, on the grizzly bear debate, it is interesting to me that we have a contingency of people who believe that animals come first, whether they are a danger to people or not. We will see more of this as time goes by as I believe the public’s true understanding of wildlife issues becomes more distorted and inaccurate every year.

I await your heartfelt responses. 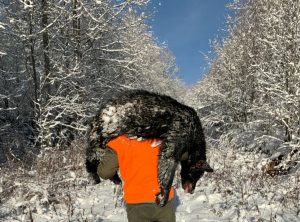 Larry - January 29, 2019 0
[youtube https://www.youtube.com/watch?v=LaK2PQTP-pI&w=600&h=315] Unless you have been living under that proverbial rock as a turkey hunter you know that the latest trend is shooting Tungsten Super...