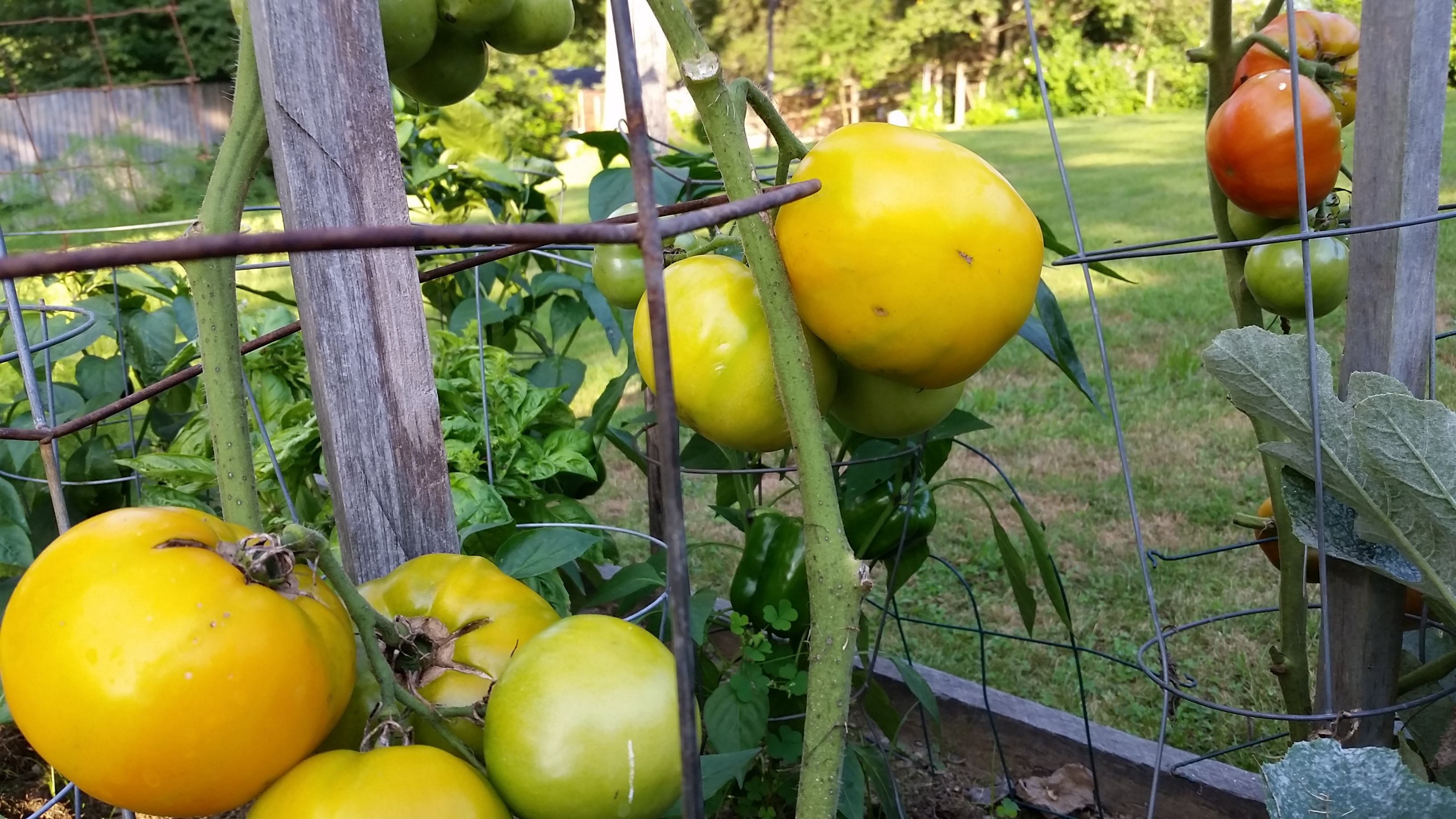 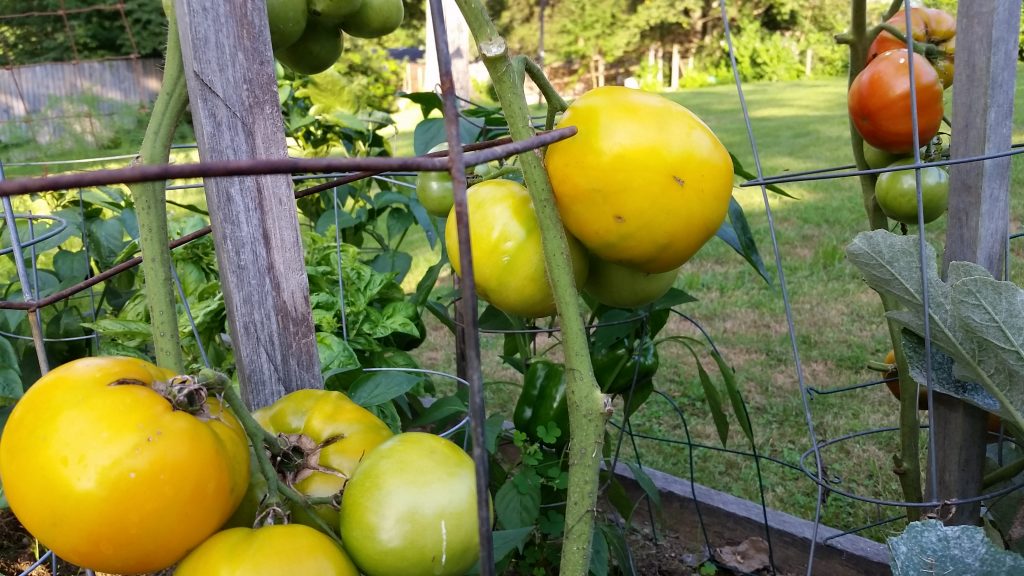 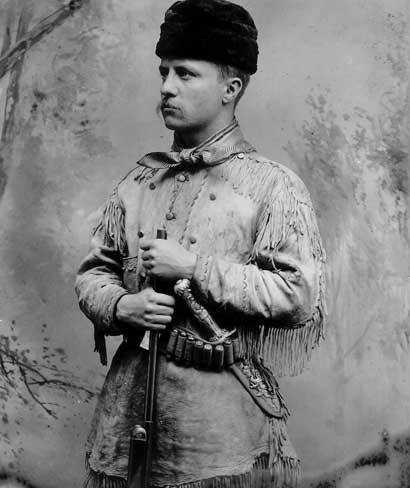 Yellow Tomatoes and President Roosevelt.
Larry Case
“In hunting, the finding and killing of game is after all but a part of the whole.” Theodore
Roosevelt
I like yellow tomatoes. I really don’t know why that is, I just do. I can’t explain to you about how
the flavor is so much better than most red tomatoes or if there is some added health benefit
from eating the yellow ones versus the reds. Experts in this field may tell you how the yellow
tomato has less acid than the red or how one of the tomatoes contains more of a certain
vitamin than the other. None of that means anything to me. I just know that for some inherent
reason I like yellow tomatoes.
I know a lot of people who really don’t care for yellow tomatoes. That is fine and dandy with
me. I may think to myself, “How could anyone not like a nice big yellow tomato?”, but I don’t
say much about it. They are certainly allowed their opinion. Maybe selfishly I think this just
means more yellow tomatoes for me. Then I go make a yellow tomato sandwich with mayo, salt and
pepper. You have to enjoy them in the short season they are around. I think it is the same with hunters
and non-hunters.
About now you are thinking that I have gone on another mental “walk about”, but stay with me. The
sportsmen of the world trying to explain their love for hunting is nothing new. I’d say this started shortly
after the first nimrod came dragging in a trophy mastodon or saber tooth tom cat.
This is the ultimate, unexplainable quandary for hunters. We love the hunt and we love wildlife and we
spend a good part of our waking (and dreaming) hours contemplating how we might kill certain animals.
Hunting is a blood sport, it involves killing, let’s be clear about that. If you are non-hunter you may never
understand that, to be honest I am not sure that many of us who are hunters do.
Like me you have probably read several articles over the years in which well-meaning outdoor writers
try to glaze over or almost deny the killing aspect of hunting. I don’t think this does us any favors. Now I
totally agree that killing game is not everything in hunting. (From the number of days that I come home
empty handed that should be obvious) To me, the killing of an animal in a hunting situation is an
intensely personal matter. You either want to do this, or you don’t. As hunters, we must always
remember there are people who simply don’t care for hunting. The non-hunters should always
remember we are practicing our God given right to hunt.
President Theodore Roosevelt undoubtedly did more for wildlife conservation than any president before
or since. He is arguably the father of our modern system of federally protected lands and wildlife
conservation practices. “Teddy” Roosevelt set aside over 230 million acers of federal public land
including 150 national forests, 51 of the first bird sanctuaries, five national parks, and four of the first
national game refuges. Believe it or not, this is an incomplete list. Yet TR was a passionate hunter, on an
11 month safari in Africa he and his party reportedly took over 11,000 animals!
Roosevelt paved the way for hunting minded conservationists who followed him. One thing that anti
hunters always forget is that hunters and fishermen pay their way. Groups and celebrities can make a lot
of noise and spew a lot of warm air about the evils of hunting, but the truth is always the same. Every

major wildlife conservation success story in modern history has been hunter supported and hunter paid
for.
Hunters and fishermen don’t gripe about something from the sidelines. Historically they have rolled up
their sleeves and pulled out their wallets to fix a problem. Along with state and federal agencies the
National Wild Turkey Federation, Ducks Unlimited, Rocky Mountain Elk Foundation, Pheasants Forever,
and the National Wildlife Federation, to name just a few. The scenario is basically always the same,
hunters and fishermen use their hard earned dollars to protect the habitat and restore a game animal
that was in trouble. The end result is all wildlife benefits greatly, not just the ones we want to hunt. That
means everything from little tweety birds to a regal bull elk.
For the past couple weeks it would seem that the whole world is going nuts over the killing of one lion.
This of course gives the anti-hunting crowd a platform to rant from. All of the good that hunting and
hunters do goes out the window as a crowd of experts bemoan the passing of a large predator that
evidently was their personal friend. Just to get another perspective on this, try asking anyone who lives
in a small village in Zimbabwe what they think about lions in general. I doubt if they will tell you that
Cecil, or any other lion, is very cute or cuddly.
That was a long way around the mulberry bush but I think that the world is big enough for people like
me who love hunting to live in peace with those that would rather not. Just leave us alone to enjoy our
time in the woods during the short season that we have.
Just like yellow tomatoes.

Larry - October 30, 2020 0
Your Burning Questions Answered About the Rut. Well, here we are again. It is November and the stage is being set for the Big Show...