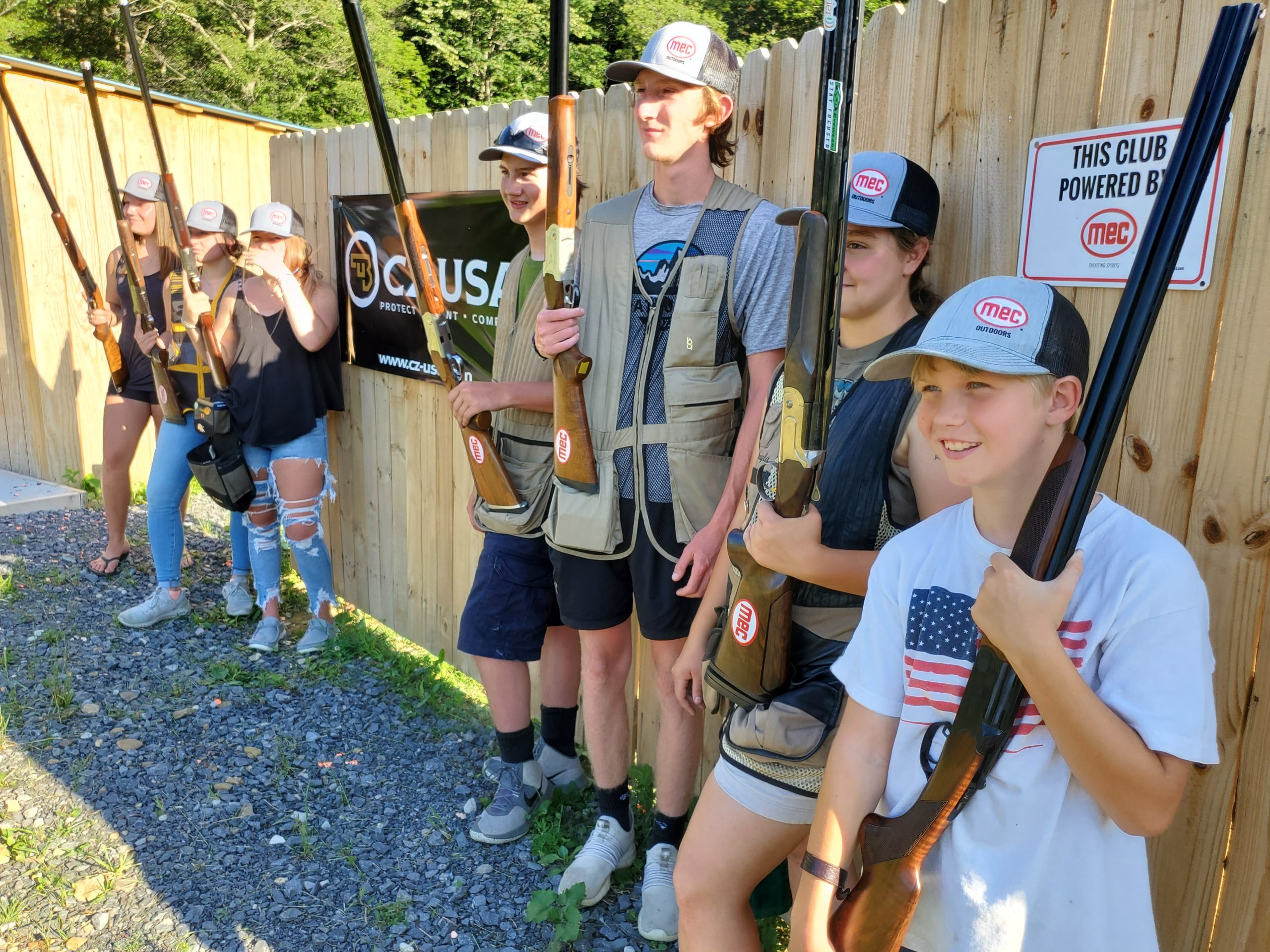 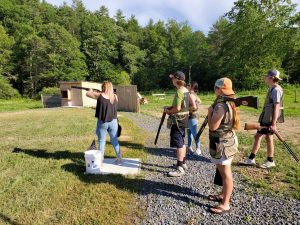 Youth will be served. This coming week a group of young shooters from West Virginia will travel to Marengo, Ohio and the Cardinal Shooting Center. The Cardinal is a state of the art shooting facility that among other things offers 52 Trap houses and 14 Skeet fields. The guys and girls from the Mountaineer Clay Crushers Team will be competing with young shooters from all over the country, but they are up to it.

One reason they are ready is the team will have Makayla Scott with them, who helped found the Mountaineer Clay Crushers. Makayla has made a name for herself in the competitive shotgun world in the past few years. One of her accomplishments is that she has managed to get a shooting facility built at her home in Alvon, West Virginia. The Skeet field is operating now with a Trap Range soon to come. Probably best for Makayla to tell you about the team going to the SCTP Nationals. 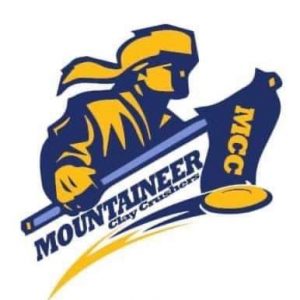 “The Mountaineer Clay Crushers is the FIRST EVER SCTP (Scholastic Clay Target Program) team from West Virginia. The Scholastic Clay Target Program is an organization that introduces kids to the shooting sports in order to teach responsible gun safety, teamwork, and to help kids earn college scholarships and hopefully even careers. The MCC have recently competed in the SCTP Regionals and represented very well. The members who attended, Evan Carter, Makayla Scott, Lilly Goodwin, and Caytron Wykle, earned placings in all events. Evan earned 2nd in trap, Makayla earned 1st in skeet, 2nd in trap, and 2nd in sporting clays, Lilly earned 3rd in sporting clays and Caytron earned 4th in Sporting Clays. The Mountaineer Clay Crushers have now set their sights on the SCTP Nationals- the biggest event for these SCTP Teams of the year. At 6,000 entries already, this is the largest youth shooting event in the United States. While West Virginia has had several individuals go to the Nationals, they all had to represent other states to compete in the event. This year, after forming the Mountaineer Clay Crushers, these youth shooters now get to represent West Virginia for the first time ever! The team going to this event will be Ella Goodwin, Caytron Wykle, Lilly Goodwin, Evan Carter, Alexander Chernauskas, Makayla Scott, and Jesse Scott.”

All of the above has been accomplished in a very short time. The time, money, and sacrifice of these young shooters and their families is immense. Traveling to shoot competitively sounds fun until one realizes the toll that hundreds of miles on the road, Holiday Inns, bad diner food, and grueling shooting matches takes on a young shooter and the family. It’s tough and it ain’t cheap. Numerous generous company sponsors, and individuals have helped make all this possible, but there is always another entry fee to pay or another load of ammo and clay targets to buy. Being able to compete effectively means you can’t skimp on either one.

This group of young guns have got to where they are from sheer will, grit, and their love of the shotgun sports. They will shoot at the SCTP Nationals July 11-18 (8 days of shooting!) they will do well and people are going to know that they are there. Think about them during this time and wish them well. Better yet, if you or your organization would like contribute to The Mountaineer Clay Crushers you can contact them on their page on Facebook.

Go get ’em boys and girls! 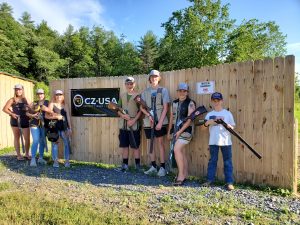 Larry - February 14, 2020 0
Squirrel Dogs and Marlin Firearms on the LBL “Sailors to sea, travelers to walls and fences, hunters to field and hollow and the long voice...

Feral Pigs To Hunt or Not Hunt, That Is The Question

Larry - July 5, 2016 0
Feral Pigs, To Hunt or not Hunt, That is the Question Most of us don’t like controversy. Most of us would probably like for everyone...

So What Happened To Deer Hunting?

Larry - January 30, 2020 0
So What Happened To Deer Hunting? Most of you will remember what Abe Lincoln said about making people happy. If you please part of the...