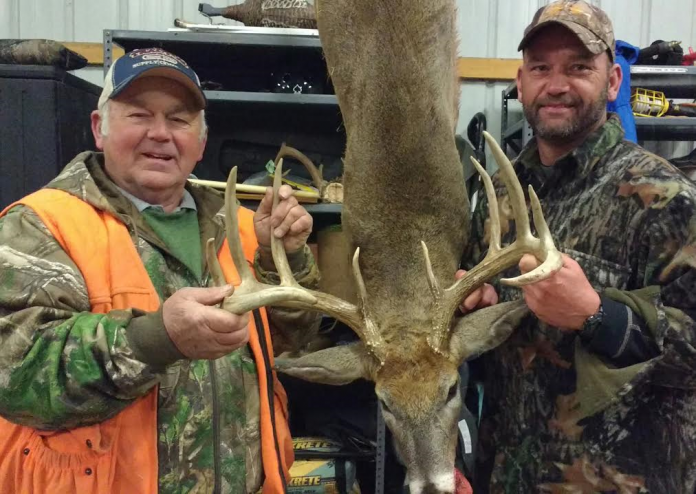 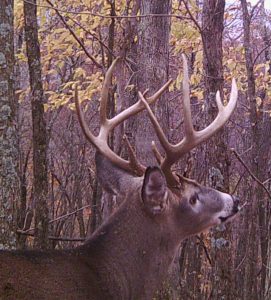 Your Burning Questions Answered About the Rut.

Well, here we are again. It is November and the stage is being set for the Big Show of the outdoor and hunting world. That is deer season, and more specifically the rifle buck season, this is the one season that puts the most boots on the ground and in treestands. (Now bowhunters I know you are out there now, and you are a part of this too, so don’t get your fleece all in an uproar.)

Along with all this comes much discussion and debate over the main activity of whitetail deer for this time of year, and that is the rut. Yes, it is called the rut and basically that is the mating season for members of the deer family, Cervidae, which are hoofed mammals, they are ruminants, (have four stomachs) and the males grow antlers (not horns) every year which drop off after the mating season and then the growing process starts all over again. Besides the whitetail deer, some of the other members of this family are mule deer, moose, elk, caribou, fallow, and red deer.

Because this season is so popular with so many hunters it draws a lot of attention from those who aren’t hunters, family members, coworkers, boyfriends, girlfriends, etc. Because this column is so wildly popular in so many locales, (Ok, just allow me that one, will you?) Your humble, somewhat trail weary outdoor writer gets a massive about of mail on the subject of the rut. (Alright, maybe not massive, but we did get a couple.)

Dear Outdoor Writer in the paper that I never read; My husband is starting all the craziness about deer season that he does every year. All he and his shady hunting buddies talk about is something called the rut, did they make all this up just so they can take off more days for deer hunting?

Dear Dubious, While deer hunters may make up a lot, the rut is a real thing. As noted earlier, the rut is another name for the deer mating season which happens to coincide with many of the deer hunting seasons around the country. Deer hunters know that the rut is the time when buck deer are most active, so this is when they feel it is important to be in the woods. Don’t worry about them making up things until you hear them start talking about getting pictures of mountain lions, timber wolves, and maybe a Sasquatch on a trail camera.

Dear Guy in the paper that talks about hunting stuff; I’m new to deer hunting and am trying to learn from my friends at work. One of the things they talk about all the time is using a “grunt” call to attract deer. Is this for real? Do deer make this kind of sound? The crowd I am learning from seems to make a lot of grunting sounds themselves and can be hard to communicate with. Last year they told me to douse my hunting clothes in deer urine, so I figure they are trying to pull another one on me.

Dear Newbie, Rest easy grasshopper, your buds are giving you the straight scoop on the grunt call. Although many don’t know it, deer can be quite vocal during the rut. Buck deer often emit a low, guttural grunt like noise, much like one of your buddies would make when he opens his first Little Debbie cake of the morning. Deer experts will tell you that there are several kinds of grunts in a buck’s vocabulary including a tending and breeding grunt, aggressive grunts, and a sound called a “snort wheeze” (I am not making this up!) The snort wheeze may be close to some of the sounds you will hear around deer camp. 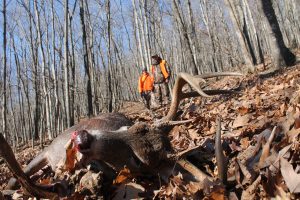 Dear Guy that claims to be an outdoor writer that I never agree with; During deer camp my buddies and I argue about many things, the best caliber for deer hunting, how the coyotes got here, and what makes the rut start in our area. I have heard everything from the weather to what color are the wooly worms as to what starts the rut for deer, what do you say?

Dear Won’t, This is of course is one of the most asked and debated questions in the deer hunting world. Wildlife biologists (I think) tell us that it is the length of days or photoperiod (less daylight) that triggers the mating activity for deer. Conversely as the days get longer in the spring, wild turkeys begin their mating rituals for the year. Personally, I have always thought it might have more to do with the wooly worm, the first frost, and maybe who wins the World Series. Whatever theory you decide to subscribe to, stick to it and defend it in camp to the bitter end. Just like you would defend potted meat and Vienna sausages as the best deer stand snack. 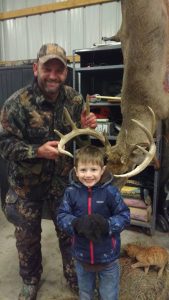